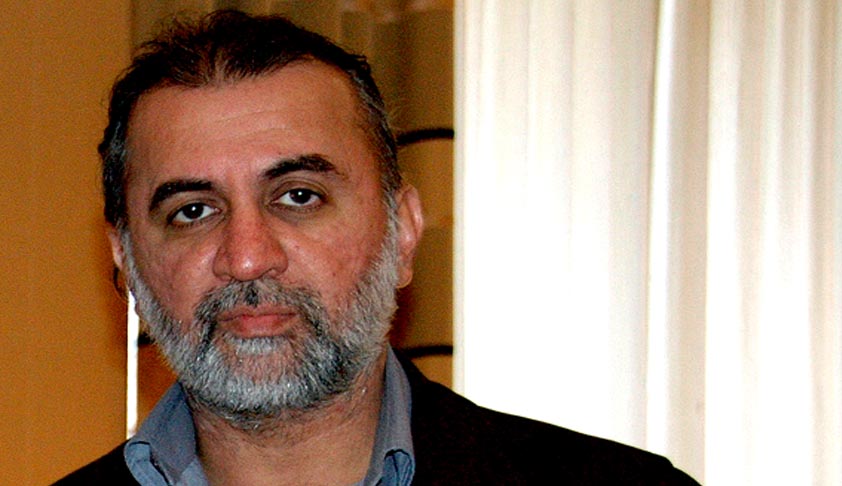 Journalist Tarun Tejpal has moved the Supreme Court of India challenging Bombay High Court's order rejecting his application moved under Section 327 CrPC for conducting hearings through in-camera proceedings against his acquittal in a 2013 rape case.

Tejpal, co-founder and former Editor-in-Chief of Tehelka Magazine, was acquitted of all charges on May 21 by a fast track court in Mapusa, Goa. He was accused of forcing himself on his junior colleague inside an elevator of the Grand Hyatt, Bambolim, Goa on November 7 and 8, 2013, during the magazine's official event - the THiNK 13 festival. In her 527-page judgement, Special Judge Kshama Joshi had extensively commented on the woman's non-rape victim like behaviour and faulty investigation to grant Tejpal the benefit of the doubt.

The High Court through the impugned order held that Section 327(2) of the Criminal Procedure Code would only be applicable to an "inquiry" or "trial" and the same will not apply to appeals, either appeal against conviction or an application seeking leave to file appeal against acquittal.

Section 327 (2) of the CrPC provides that the inquiry into and trial of rape or an offence under section 376, section 376A, section 376B, section 376C or section 376D of the Indian Penal Code shall be conducted in camera, Provided that the presiding judge may, if he thinks fit, or on an application made by either of the parties, allow any particular person to have access to, or be or remain in, the room or building used by the court.

The High Court did not agree with the petitioner's contention that Article 21 would have to be read in Section 327(2) of the Code, inasmuch as, the applicant's right to privacy and reputation is infringed, if "in camera" hearing is not afforded to the applicant in the present proceedings.

According to the High Court, the apprehension of Senior Advocate Amit Desai that the applicant's right to defend himself is taken away, if he is not permitted to freely argue his case, for fear of publication, is also not justified.

"In proceedings such as these i.e. rape cases in general, it is expected that all parties conduct themselves with dignity, sobriety and some sensitivity that is required, particularly, whilst reading evidence pertaining to intimate details. This, we think is not too much to expect from the Advocates appearing for the respective parties. Maintaining decorum in the courtroom is not merely a superficial means of protecting the image of lawyers and judges – but it is absolutely essential to the administration of justice." the High Court had said.

Before the High Court the issue for conducting in-camera proceedings was raised on behalf of the petitioner before a Division Bench comprising Justices Revati Dere and MS Jawalkar. It was stated that Section 327 CrPC is a mandatory provision and seeks to protect the reputation and the interests of both the parties concerned i.e. the accused as well as the victim. It was further argued that Section 327CrPC is in consonance with the fundamental right to a fair trial as envisaged under Article 21 of the Constitution.

On the other hand, Solicitor General Tushar Mehta had vehemently opposed such a submissions and remarked that 'these are interruptions and not contentions'. He further had stated that the benefit of 'in-camera proceedings' is only available at the stage of trial and not at the appellate stage. He also made it clear that his intention is not to 'name and shame' the accused.