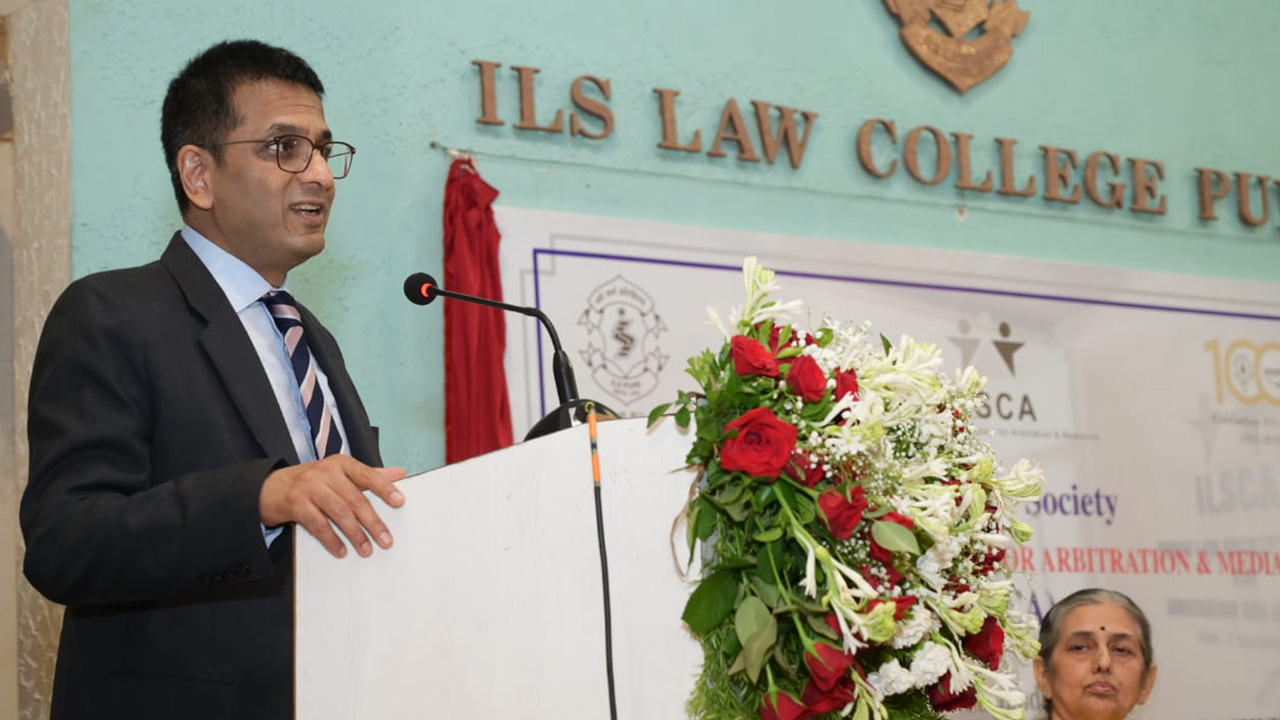 People from marginalized groups are often at a disadvantage in mediations due to the unequal bargaining power they posses over people from privileged backgrounds, said Supreme Court Justice DY Chandrachud at a seminar on Friday.

"People who hold high status command automatic deference and exert a subtle and covert control over people who hold a lower social status. Marginalised groups hold lesser tangible and intangible resources when compared to groups who have historically held positions of power. So, when members of marginalised groups sit for Mediation, they are at a disadvantageous position. In such circumstances, the dialogue in mediation occurs between two unequal parties."

Justice Chandrachud was delivering the YV Chandrachud memorial lecture on 'The Future of Mediation in India' at the ILS Law College, Pune.

Though parties have the opportunity to curate remedies that suit their family arrangements in Mediation, it does come with certain procedural and structural inequalities, was Justice Chandrachud's view.

"Mediation helps in bringing clarity as to the nature of the dispute. But it has its procedural and structural inequalities. The bias in the process of Mediation translates in two forms - first that is inherent in the process because of the unequal bargaining power of the parties, employer vs labourer, landlord vs tenant, wife against her much more resourced husband. Second, the bias of the mediator who is supposed to be neutral third person in the mediation proceedings."

Adding on to this notion, he opined that inequalities between parties may manifest in multiple forms and often forces the marginalised and the poor to accept mediation as the best form of resolution.

"They may end up settling for less than what the law dictates."

Justice Chandrachud also spoke on Mediation neutrality which essentially means that mediators should neither have any conflict of interest nor any financial interest with either party.

However, keeping these flaws aside, mediation offers great benefits to parties as the informal setup takes into account, their social relations and family dynamics.

"Parties have the opportunity to curate remedies that suit their family arrangements. If the legal remedies are beyond their social understanding, Mediation provided a more suitable approach. Legal remedies adopt a one-size fits all approach. Mediation can take into account social relations and family dynamics. Mediation when it succeeds, succeeds like success. But even when it fails, it has achieved a great deal as parties can now talk to each other."

The finer tenets of mediation actually help and is more suitable to marginalised communities as they can put forth their voice, especially women, rather than going by the words of their lawyer. "Mediation means that voices of all parties have to be heard".

During his address, Justice Chandrachud also pointed out that while mediation is usually successful at court-annexed mediation centres, the private and community-based mediation is also gaining an increasing popularity as parties prefer mediation for dispute resolution these days.

Shedding light on what the Mediation and Conciliation Project committee of the Supreme Court has done, the judge told that the former has taken active steps to lay down a model mediation course, facilitate training for mediators across the country and regulate the process across all districts.

Justice Chandrachud also inaugurated the ILS Centre for Arbitration and Mediation during the event.