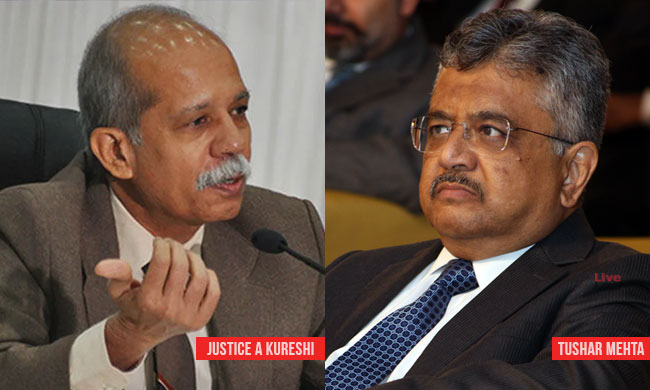 The CJI-led bench of the Supreme Court on Monday listed on August 2 the petition filed by Gujarat High Court Advocates Association which seeks to direct the Centre to notify the appointment of Justice A Kureshi as CJ of Madhya Pradesh High Court as recommended by the SC Collegium.

Senior Advocate Fali S Nariman, appearing for the Association, said that he was not opposing the request for time. However, the Centre should divulge before the Court if it has sought the opinion of the Gujarat government in the matter as per the Memorandum of Procedure. The Central Government has only the role of a 'distinguished communicator' as per the Memorandum of Procedure and Department of Justice is only to announce the appointment, Nariman added.

The Court had directed the copy of the petition to be served on Solicitor General Tushar Mehta last week.