Technology Must Be Interlinked With Current System; Various Procedures Except Substantial Arguments Can Be Done By Virtual Means : Justice Surya Kant 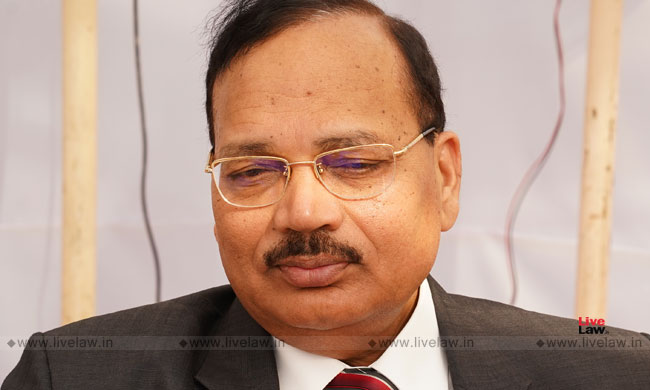 Speaking at an online seminar, organized by Tamil Nadu Dr Ambedkar Law University (TNDALU), on "Access to Justice and Judicial Reforms- Contemporary Perspectives", sitting Supreme Court Judge, Justice Surya Kant opined that virtual Courts must not be looked at as a temporary replacement for physical courts and that technology should be interlinked to the present...

Speaking at an online seminar, organized by Tamil Nadu Dr Ambedkar Law University (TNDALU), on "Access to Justice and Judicial Reforms- Contemporary Perspectives", sitting Supreme Court Judge, Justice Surya Kant opined that virtual Courts must not be looked at as a temporary replacement for physical courts and that technology should be interlinked to the present system.

Justice Kant observed that a mix of Courts functioning virtually as well as physically would be ideal in dealing with 'perceived docket explosion'.

"Virtual Courts must not be looked at as a temporary replacement for physical courts. Technology must be interlinked with the current system. Various procedures except the substantial arguments can be done through virtual means", he elaborated.

A mix of virtual and physical court functioning can deal with the problem of docket explosion, he opined.

While touching upon various aspects where technology could help improve access to justice, Kant J. highlighted that various stages of a criminal trial could be conducted by using technology. With regard to geographical issues of people in one part of the country not being able to reach a certain Court or tribunal, Justice Kant suggested that "specialised tribunals and constitutional courts may allocate specific timings to conduct hearings virtually, as it would ease the problems faced by those who cannot physically come to Court". The correct use of technology in certain processes would help save time and money, while increasing efficiency and thus, reducing pendency of cases, he averred.

Having said that, Justice Kant cautioned against creating a "new marginalized class", in reference to those who find it difficult to access the internet.

Asserting that access to justice is a core virtue of the Indian Constitution which cannot be ignored at any cost, Justice Surya Kant batted for "better humanisation of the judiciary".

Speaking about judicial activism with respect to access to justice, Justice Kant agreed that it was a complex issue which required marginal improvements to be made continuously. "It's a complex issue which cannot be resolved with a magic wand. There are times when we judges are unable to restrict ourselves when a matter is before us", he said.

He emphasized that judges must introspect and look at the larger picture while deciding a case. Consideration must be given to the rights of "invisible people", those who are not party to the matter in Court but whose rights are intertwined with the outcome of the same, and Judges must adjudicate with a conscience, added Justice Kant. "Am I doing injustice to a third party?" is a question for judges to consider he stated, and gave the example of a case he had presided over in High Court. In that case, he said, he took into account that the rights of 4 minor girls, who weren't before the court, would also be affected by its outcome. After passing a favourable order vis-à-vis the minor girls in the matter which last around 5 years, he remarked that "I'm happy now that those girls are happy & well settled, by the time I left High Court".

Having so elaborated, Justice Kant observed that "humanisation of the judiciary is what is required. When you are reminded of your duties as a judge, there could be substantial justice. Higher courts must remember that they are constitutional courts as well."

The other speakers on the panel included Justice MM Sundresh of the Madras High Court, Senior Advocate V. Giri and the Vice-Chancellor of TNDALU, Professor TS Sastry.

Justice Sundresh weighed in on the issue of accessing legal aid and urged that an accused must be apprised of his rights, especially regarding their right to legal assistance, in the initial stages of the process itself. He also batted for the quality of lawyers serving on legal aid panels to be enhanced. "These are the first steps towards ensuring better quality of legal aid", he said. In this regard, he informed of the pendency of a proposal in Tamil Nadu whereby it has been suggested that a board should be put outside police stations with information of lawyers who may be contacted for legal aid. This way, stated Justice Sundresh, a suspect brought in to a police station may have access to legal aid at the earliest.

Justice Sundresh also pointed out that lesser civil cases are filed in places where literacy levels are low, as compared to many more filings in more developed areas. These are places where provision of proper legal aid could help increase access to justice.

Prof Sastry spoke on the importance of inculcating values of good quality access to justice amongst law students from an early stage. In this light, he urged for a revamp of the entire legal education system in order to equip future lawyers with practical knowledge of the profession.

Seeking a change in syllabus, he urged that "the syllabus for law students must be revised…The current syllabus structure does not lend itself to the practical functioning of judicial working. There must be a focus on providing practical training."

Amongst other suggestions he called upon retired Judges to teach in law schools, senior advocates to take sessions which would help hone drafting and arguing skills, introduction of short term courses and establishment of National Law Schools in each state.

Prof. Sastry also pointed out that access to justice did not the mere filing of cases, but quick dispensation of justice. Stating that over 75% of pending cases are those which have been pending for over a year, he reiterated the need for a structural change to ensure easier access to justice.

Asserting repeatedly that tribunals are here to stay, Giri noted that they were set up to reduce pressure on courts but do not have the final say on substantial constitutional questions. Be that as it may, he expressed concern over those who are not initiated in law, or those who have not practised, being made part of Benches in Tribunals. "Permitting persons who are not trained in law or those who haven't practiced law to be part of benches in tribunals is not a correct feature at all. This approach must be curbed", he said.

Stating that tribunals perform functions of a court, Giri pointed out that a person who is not trained in law would be unable to appreciate procedural aspects of a matter, eventually causing chaos in the functioning of the Tribunal. Those presiding over matters in Tribunals must have practiced law or had experience presiding over adjudications, he stated.

The senior advocate also endorsed the use of technology for more efficient resolution of disputes. Through the greater use of technology, mechanisms of Alternate Dispute Resolution would help speed up the process at a much lower cost, especially in high stake arbitrations, stressed Giri.