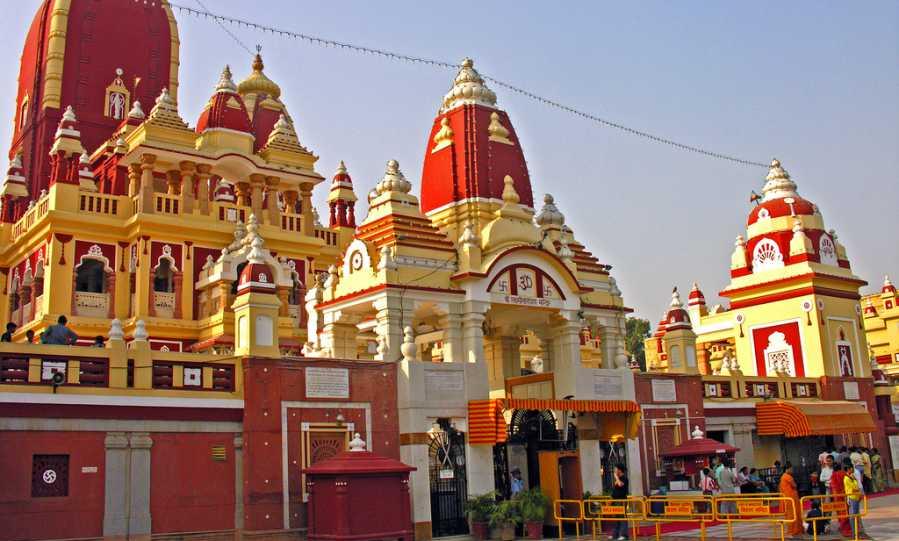 The Supreme Court on Friday (October 8, 2021) listed an appeal against the Delhi High Court's order directing removal of encroachments and unauthorised occupants and shopkeepers from Kalkaji Temple in South Delhi before a three-judge bench which is already monitoring a similar issue. The bench of Justices SK Kaul and MM Sundresh in their order said, "We are informed that a...

The Supreme Court on Friday (October 8, 2021) listed an appeal against the Delhi High Court's order directing removal of encroachments and unauthorised occupants and shopkeepers from Kalkaji Temple in South Delhi before a three-judge bench which is already monitoring a similar issue.

The bench of Justices SK Kaul and MM Sundresh in their order said,

"We are informed that a three-judge bench of this court is monitoring the issue which has been dealt with by the Single Judge in the impugned order and the date of the listing of that matter is October 24, 2021. In view of the aforesaid, it would be appropriate that the present matter is also listed along with the same."

The appeal was preferred on the ground that the tradition in Kalkaji Mandir was for only male members to conduct pooja and not female members and that Kamlesh Sharma could not have a share in the pooja sewa, conduct the pooja sewa or get it conducted by someone.

Observing that the interests of deity and devotees are paramount, Justice Pratibha Singh on September 27, 2021, issued a slew of directions regarding the administration and maintenance of Kalkaji Temple as also for resolution of disputes pertaining to the bari rights between baridaars to ensure smooth functioning of the temple.

The Court appointed Retired Justice JR Midha as the administrator of the Temple for taking care of the day to day administration and issues of safety and security of the temple. The Court added that the entire temple complex shall be under the direct supervision and control of the Administrator.

Remarking that it was essential that unauthorised occupants or shopkeepers who do not have any valid legal rights to occupy the same, were liable to be removed in coordination with the Delhi Police and the SDMC, the Court said:

"Accordingly, it is directed that all unauthorized occupants/encroachers, who do not enjoy valid tehbazari licenses, and who are in unauthorized occupation of the said premises, would be liable to be removed, until and unless there is a Court order protecting the said occupant.All encroachments in the Mandir premises, and complex and peripheral areas are also directed to be removed."

For maintenance of the temple, the Court observed that there is a grave and imminent need to preserve the spiritual sanctity of the temple and not allow the same to be "misused by unwanted elements who may convert it into a commercial enterprise."

Earlier, the Court had expressed concerns over the "dismal" maintenance of the temple and had also asked the local commissioner, appointed on the last date, to ascertain the collections/donations made to the Temple and check whether CCTV cameras installed inside its premises are operational.

It was also reiterated that the reports submitted by previous Receivers and local commissioners showed that the cleanliness and maintenance of the temple complex was not satisfactory.

The Court had appointed a local commissioner for paying surprise visits in the Temple in respect of ascertaining conduct of 'puja sewa', collection of offerings being put in donation boxes and also other issues regarding cleanliness, hygiene and facilities for devotees.

On a Special Leave Petition moved by shopkeepers against Delhi High Court's order dated October 9, 2013, directing the municipal authorities to demolish unauthorised constructions within the Kalkaji Premises, the Supreme Court bench of Justices BS Chauhan and Dipak Mishra had stayed the High Court's order on October 12, 2013.

The matter sub judice before the Top Court was last heard by the bench of the then Chief Justice Dipak Mishra, Justice AM Khanwilkar and Justice DY Chandrachud on April 2, 2018.

On mention by Advocate on Record Sonal Jain before the bench led by Chief Justice on September 30, 2021 directions were issued to the Registry to list the matter on October 1, 2021, before an appropriate bench.