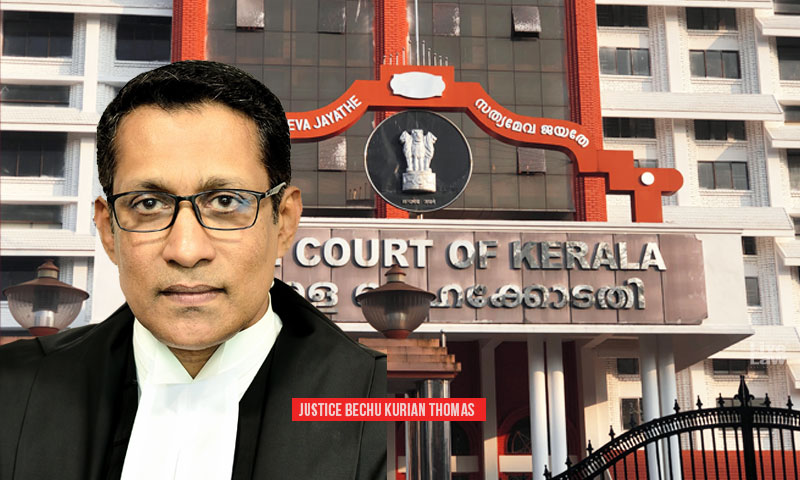 The High Court of Kerala on Tuesday stayed for two months the directive issued by the Government of Kerala for postponement of payment of six days' salary of government servants for five months from April 2020 citing financial crisis due to COVID-19.

The order issued by the Finance Department on April 23 stated that all employees of government and government autonomous bodies with gross salary of above Rs 20,000 pm will be subjected to deferment of payment of salary to the extent of six days per month for five months from April 2020.

After hearing a bunch of petitions challenging the government order, a single bench of Justice Bechu Kurian Thomas observed that the order was, prima facie, not supported by any provision of law.

"All over the world, the efforts of the State Government are being lauded. Every nook and corner of the state is being taken care of the government. Several crores of rupees are being spent by the State.

However laudable and appreciable the acts of the state may be, when this Court is called upon to decide a matter affecting the vested rights of citizens, the Court cannot ignore the legal framework", the Court observed.

Justice Bechu Kurian Thomas observed that it was a vested right of every individual to receive salary for the work discharged. The bench did not accept the argument of the State Government that the power was traceable to Disaster Management Act 2005 and the Epidemic Diseases Act 1897.

"Article 300A will include within its purview 'salary' also, as a property, at least prima facie. Kerala Financial Code is only dealing with the procedure for payment of salary. The submission of Advocate General that government has the power to delay the disbursement of the payment of salary by an executive order cannot be countenanced. However much I tried to bring the impugned order within some framework of law, I could not find any basis for such any order in any of the statutes. Neither in the Epidemic Diseases Act as amended by 2020 Ordinance, or in the Disaster Management Act could I seek solace to justify issuance of the order .

I also find from Exhibit P1(the impugned order) that there is ambiguity in respect of the manner in which the amounts that are proposed to be set apart are to be utilized. It only refers to the financial difficulty that is faced by the govt.

Financial difficulty is not a ground for state government to defer the payment of salary. Prima facie I find that deferment of salary, for whatever purposes, amounts to denial of property. In such a view, I stay the operation of the impugned order for a period of 2 months".

"Financial difficulty is not a ground for state govt to defer the payment of salary. Prima facie I find that deferment of salary, for whatever purposes, amounts to denial of property. In such a view, I stay the operation of the impugned order for a period of 2 months" : Kerala HC

Senior Advocate K P Satheesan, referring to provisions of Kerala Financial Code, submitted that government servant is entitled to payment of salary within first three days of each month.

Advocate M S Kiranlal, appearing for a group of KSEB employees, submitted that the direction also infringed the fundamental right to life under Article 21 and not just right to property. Many employees will be put to peril if the salary payment is deferred, he submitted.

Advocate Rakesh Sharma submitted that the order was issued without providing any consideration for health workers, who are working overtime, putting their lives at risk to control the pandemic. He also referred to the direction issued by the Ministry of Home Affairs on March 29, directing all employers to pay full wages to the employees without reduction during lockdown.

In response, C P Sudhakara Prasad, Advocate General of Kerala, submitted that the government order is only postponing the payment of salary, and there was no deprivation of the same.

The top law officer of the State then referred to the provisions of the Disaster Management Act 2005 and the Epidemic Diseases Act 1897 and Kerala Epidemic Diseases Ordinance 2020 to state that the government has wide powers to appropriate funds for disaster management.

It was further highlighted that the State Government was reeling under severe financial crisis due to COVID-19 pandemic and the lockdown. More than 50% of the revenue receipts are used for payment of salary. COVID-19 has put huge burden on the resources of the state. Rs 5000 crores was spent last month in relation to COVID-19, added the AG.

"Government servants are the luckiest lot in the society at present, whereas many other sections are suffering due to lockdown", he added.

The AG also referred to similar orders passed by Andhra Pradesh, Maharashtra and Odisha Governments, which were stated to be more stringent in nature. The orders by AP Government mandate 50% deferment of the salary of government employees, the AG said.

If such measures are not taken, the state will go into deep financial crisis, the AG stressd.

"These acts are not intended to deprive a person's salary. Can those Acts be interpreted to say that Government can acquire private property without due process?", he submitted.

'These acts are not intended to deprive a person's salary. Can those Acts be interpreted to say that Government can acquire private property without due process?', asks Adv Elvin Peter#KeralaHC#salarychallenge