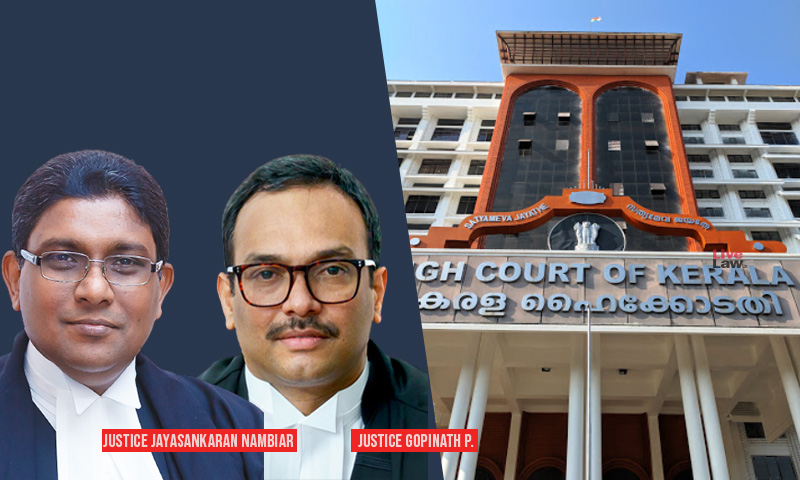 The Kerala High Court on Tuesday established that clauses in a bye-law or an agreement that prohibit a person from keeping a pet in their residential premises shall be void and unenforceable in law.A Division Bench of Justice A.K. Jayasankaran Nambiar and Justice Gopinath P. was adjudicating upon a Public Interest Litigation filed by a person aggrieved by the stand of the office bearers of...

The Kerala High Court on Tuesday established that clauses in a bye-law or an agreement that prohibit a person from keeping a pet in their residential premises shall be void and unenforceable in law.

A Division Bench of Justice A.K. Jayasankaran Nambiar and Justice Gopinath P. was adjudicating upon a Public Interest Litigation filed by a person aggrieved by the stand of the office bearers of the resident association of the apartment complex in which he resides.

It was alleged that, by taking shelter under a clause in the bye-laws of the association that prohibits the residents from keeping pets of their choice in their individual apartments, the office bearers of the association have issued notices to him asking him to remove his pet from the premises.

The Court allowed the petition stating:

"We allow this writ petition by declaring that clauses in any bye-law or agreement, that have the effect of absolutely prohibiting a person from keeping a pet of his/her choice in a residential unit occupied by that person, should be treated as void and unenforceable in law. Consequently, resident owners' associations and resident welfare associations shall desist from putting up notice boards and signposts prohibiting the keeping or entry of pets in their respective premises."

During the pendency of the writ petition, other persons facing similar directives from the office bearers of their respective resident associations impleaded themselves as additional respondents in the matter.

The bench further clarified that this declaration shall be seen as one operating in rem and this judgment as one covered by Section 41 of the Indian Evidence Act, 1872. It added:

"The Registry shall send a copy of this judgment to the Chief Secretary of the State who shall, in turn, take immediate steps to issue necessary instructions to the newly reconstituted State Animal Welfare Board, the administrative departments of the State, and to its law enforcement agencies so that complaints brought to their notice by the citizenry, as regards infringement of the rights declared in this judgment receive immediate attention and resolution."

The order also touches upon the right to life of animals as recognized by the Supreme Court in the case Animal Welfare Board of India v. A Nagaraja.

Thereafter, the State Government was directed to take note of the suggestions put forth in the judgment to cultivate a healthy respect for animals among the people in the State.

It was also suggested that the Animal Welfare Board of India had issued certain guidelines on this subject through its letter dated 26.02.2015 and that these guidelines could be adopted by the resident associations while stipulating conditions for the keeping of pets in the apartments.

The Court also noted that over the years, the domain of animal welfare have received wider recognition and importance that it deserves:

"The trajectory of animal rights jurisprudence in India has sadly been a retrograde one. Over the years we have virtually moved from an eco-centric worldview where animals, like humans, were seen as living beings containing a life force and therefore morally worthy, to an anthropocentric one where humans alone are seen as morally worthy and privileged to enjoy the bounties that nature has to offer."

On that note, the Court opined that the time has come to nudge the citizenry into respecting the claims of other living beings that too have rights in our shared ecosystem. It reiterated that compassion and empathy are the very essences of civilization and we must strive to preserve these values as part of our culture.

"It is often an inadequate understanding of the subject that fuels one's intolerance to that 'other' and hence the State and its institutions of governance must take appropriate measures to inculcate a spirit of accommodation towards animals amongst our people, preferably by introducing animal awareness programmes at the school level in the State."

Considering the above views, the Bench found it justifying to rule that any clauses in the resident association agreements attempting to prevent owners from keeping pets are illegal, unconstitutional and unenforceable in law:

"We have no hesitation, therefore, to hold that those clauses in the bye-laws of resident associations, that seek to prevent owners/occupiers of residential apartments from keeping pet animals of their choice in the residential apartments owned by them or accessing the elevators and common facilities in the apartment buildings, are illegal, unconstitutional and unenforceable in law.

The Court added that Kerala of all the States, which calls itself God's own country, should not be denying privileges to animals.

"Our coastal State, which announces itself to be 'Gods Own Country' to the visitors who come calling to its shores, cannot be seen denying just privileges to its animal inhabitants."

While holding such clauses as illegal, unconstitutional and unenforceable, it was also emphasised that the aforesaid freedoms recognised in animals, and the co-relational right recognised in pet owners, are not absolute or unconditional and must be qualified by safeguards designed to protect the competing rights of others including the owners/residents of neighbouring apartments.

Accordingly, the Court made it clear that, short of effectively prohibiting the keeping and maintaining of pets in the residential apartments and appurtenant premises, the resident associations may stipulate reasonable conditions that must be adhered to by the owners/residents of individual apartments while keeping pets therein.

The Court thereby allowed the petition and concluded its order appreciating the efforts of the counsels involved in the matter:

"Before parting, we wish to acknowledge the able assistance rendered by all counsel who appeared in this case as also the amicus curiae Sri.Keerthivas Giri. The enthusiasm shown by them in espousing the cause of animals has been truly encouraging. May their tribe increase."