"A Judge Does Not Have To Be Offended When A Recusal Is Sought": Shyam Divan Presses For Recusal Of Justice Arun Mishra From Hearing LA Petitions 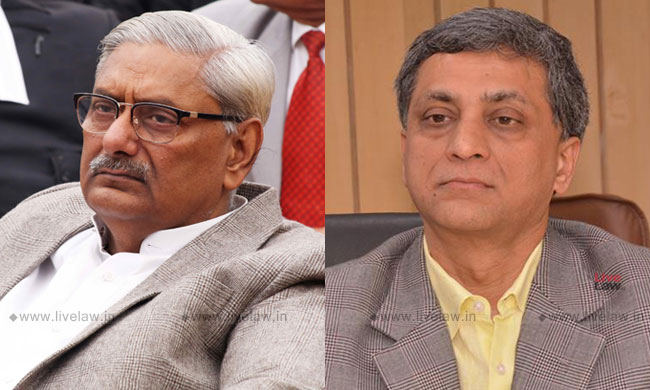 "To succumb to (the plea for recusal) would be nothing short of bench-shopping! It will destroy the independence of the judiciary! You are asking for a bench of your preference, your liking? One that is of your formulation? That you think would favour you? You want to tame the judiciary? This is a grave issue!", Justice Arun Mishra observed on Wednesday. Senior Advocate Shyam Diwan had for...

"To succumb to (the plea for recusal) would be nothing short of bench-shopping! It will destroy the independence of the judiciary! You are asking for a bench of your preference, your liking? One that is of your formulation? That you think would favour you? You want to tame the judiciary? This is a grave issue!", Justice Arun Mishra observed on Wednesday.

Senior Advocate Shyam Diwan had for the second day persisted in his endeavour to request Justice Mishra to recuse from the five-judge bench constituted to interpret section 24 of the new Land Acquisition Act. Mr. Diwan had raised an apprehension of partiality against the judge in view of the latter's February, 2018 decision in Indore Development Authority.

"Independence has to be a matter of reasonable perception. There is no intent of any bench-hunting, but we are worried about an apprehension of bias...The test is not of bias, but that if the stake-holders apprehend any bias reasonably...if Your Lordship have already taken a final call on the issue, Your Lordship should ideally not be on this bench. Your Lordship's judgment is about to be examined by this bench, questions of law have been formulated. Your presence is likely to restrain the advocates and the litigants alike in presenting our case. This would be like crossing the rubicon", clarified Mr. Diwan.

"Certain principles have been internationally accepted and these standards have to be followed...there is nothing at all like bench-hunting here", he reiterated.

He proceeded to indicate how the UN agrees that the independence of the tribunal is an indispensable prerequisite and that the adjudicator must be one of a fair perspective.

He also discussed the guidelines on fair trial of the African Union and the ECHR, which aver that any judge who participated in the initial disposal of a matter would not deal with it at the referral stage.

"The basic touchstone for a judge to recuse is reasonable apprehension of bias. Actual bias does not have to be claimed as grounds for the disqualification", said Mr. Diwan.

"A judge does not have to be offended when a recusal is sought. They must not see it as a personal attack and be sensitive", he continued.

When he suggested that the court is acting in a 'corrective' capacity in the matter, and not at all in its appellate jurisdiction, Justice Vineet Saran noted,

"Three judges have taken one view, three other have taken another view. We have to decide which one is right. There are legal questions before us. This is not corrective jurisdiction".

"But what concerns us is that this principle may acquire universal precedence because of this case. What about the specialisation of judges then?", inquired Justice Indira Bannerjee.

"When one holds a prima facie opinion on a topic, it is not pre-disposition. But where a judge has tendered a final judgment on the subject, it is predisposition! Merely expressing a viewpoint is not the same as making a declaration with finality... Predisposition may be on facts, or even the law. In this case, we are concerned with the construction of section 24...when a bench is constituted, it is expected that the members of the bench not harbour any predisposition. Otherwise, the judges are duty-bound to recuse by themselves, not waiting for the litigants to advance a plea for it", insisted Mr. Diwan.

"What about if a judge who has decided a matter at the High Court level also deals with it at the Supreme Court?", asked Justice Bannerjee. Mr. Diwan replied that that would amount to predisposition.

"Who is the judge in this court who has not decided this issue? All of us have dealt with the issue some time or the other. Tell me who has not been a part?", pressed Justice Mishra.

"Your Lordships are bound by duty to hear every matter that is placed before you. Just like, in the adversarial system, we are bound by duty to put forth our best case. But it all becomes pointless if certain principles are not adhered to...the question is where the correctness of a decision is to be analysed by a larger bench, should the judge who has delivered the said decision be part of the subsequent bench?", submitted Mr. Diwan.

"You have argued boldly and for that we have respect for you. But why are you fearing making submissions on the merits now? You have been belligerent...Good! But why are you fearful of addressing us on merits? What is the cause of this fear? You think about it", commented Justice Mishra.

"Is it not better if this bench comprises of judges who have varying opinions? Any onslaught would tame our institution. If we were to give in to it, this would become a black spot in the history...That cannot be the way...it must not be the way...it shall not be the way...This is completely official, nothing personal...", remarked Justice Mishra.