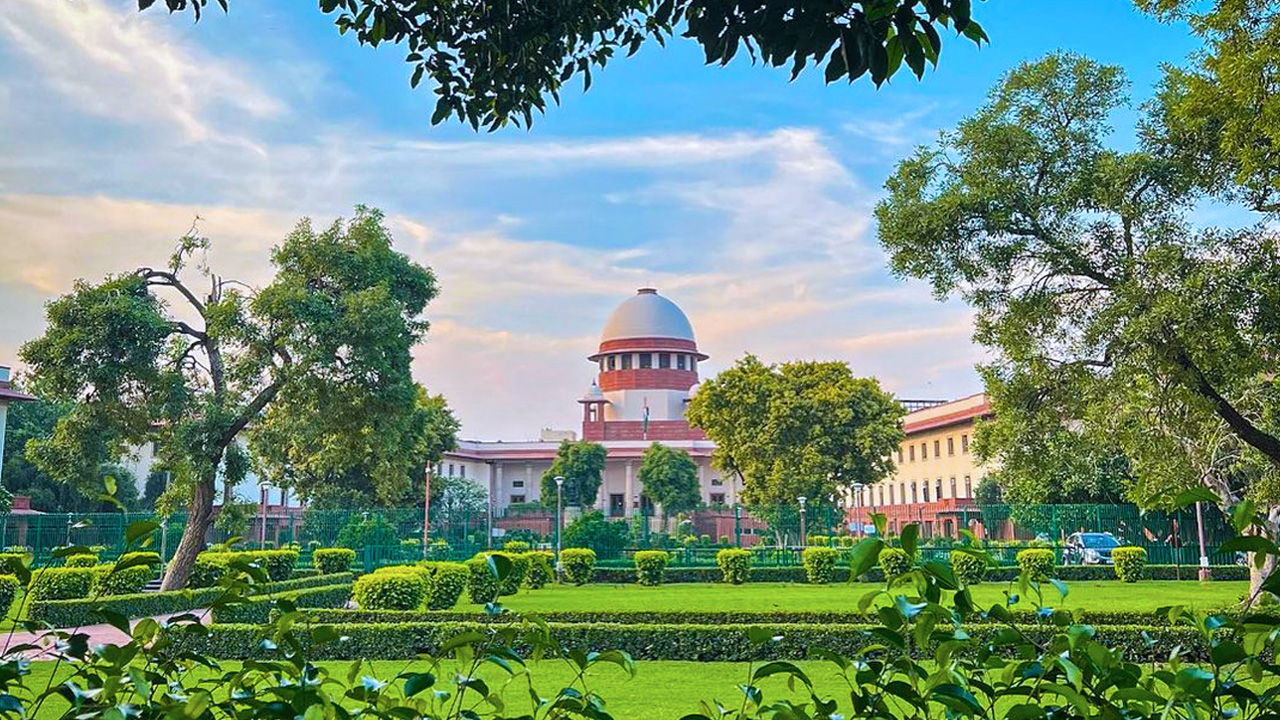 The Supreme Court on Thursday held that a college's professor and management could not be held liable for abetment of suicide under Section 306 of the Indian Penal Code for exercising legitimate disciplinary action and suspending a student for misconduct. The matter was heard by a bench comprising Justice S.K. Kaul and Justice A.S. Oka.

As per the facts, in an episode on 16.04.2008, the deceased, who was a student, was attending a lecture under Mr. Nitin Shyam, one of the accused in the matter. The deceased is alleged to have misbehaved in the class under the influence of alcohol. Mr. Shyam asked the deceased to leave the classroom and reported the incident in writing to Mr. Sarabjit Singh, the acting Head of the Department. Accordingly, an order was passed suspending the deceased and calling upon his parents as an exercise of legitimate disciplinary action. In order to redeem himself, the deceased wrote a letter apology, accepting the incident but denying that he was under the influence of alcohol. However, the principal of the college directed action against two students (including the deceased) in separate incidents and called for Rs 10,000 security deposit to be placed with the college as a disciplinary exercise and to bring parents to the college. The deposit was to be refunded at completion of the course. Unfortunately, instead of complying, the deceased chose to take his own life by jumping in a canal after sending an SMS to his brother. The message, when translated to English, purported as an intimation that the deceased was jumping in the river. He stated that he loved his mother the most and wanted his father not to be troubled. Thereafter, on complaint of the father of the deceased, an FIR was lodged stating that the deceased person's suicide was abetted by the three accused- the professor, the Head of Department and the principal.

As per the complainant (the father of the deceased), the deceased was harassed by the management of the college. He alleged that on the day of the incident, when the deceased was running from the classroom, Mr. Nitin Shyam caught hold of him and dragged him by his arm to the office. Next day when he went to the college, he found a notice on the notice board stating that he had been suspended. Further, his parents were called, failing which he was not to be permitted to enter the classroom and sit for his exams. The complainant also alleged that the Head of the Department threatened the deceased that he would spoil his career and also said that even if he were to die, it would not bother him. The counsel for the State, Advocate Rooh Dua submitted–

"It is the timeline which must be taken into account. He was insulted by the authorities and the next day he committed suicide."

Per contra, the counsel for appellants submitted that there was no mens rea on part of the college management to incite suicide and the case failed to meet with the necessary ingredients of abetment to suicide. The appellants cited S.S. Chheena vs Vijay Kumar Mahajan & Anr. in which, the court, while dealing with the dictionary meaning of the words "instigation" and "goading" opined that –

"There should be intention to provoke, incite or encourage the doing of an act by the latter. Each person's suicidability pattern is different from the other. Each person has his own idea of self-esteem and self-respect. Therefore, it is impossible to lay down any straitjacket formula in dealing with such cases. Each case has to be decided on the basis of its own facts and circumstances."

In the present case, the court found that the obvious purport of the SMS sent by the deceased to his brother was that while he was closest to his mom, he anticipated that his father would be blamed for his suicide and thus, the father shouldn't be troubled. Further, he did not mention the college management in the said SMS. Justice S.K. Kaul orally remarked–

"There must be some material to show. If a teacher is unhappy with a student and some disciplinary action is taken and unfortunately the student commits suicide, is it abetment to suicide? That way no authority can ever take actions. Sometimes the child may react differently. He says my father should not be blamed. Does it show some strain in his relationship with his father? Guardian is required to join and find out. If you don't report, it can't be said to be abetment to suicide."

"Is it a case where the teachers created such a situation that he couldn't do anything but commit suicide? His SMS had not a word against the teachers. On the contrary it shows that he may have something against the father..."

"There is no iota of words against any accused and this matter has been dragged for 14 years for some disciplinary action. You cannot tell a student anything? Was the father there? The father was not there. How can he imply that this happened? When a child dies, it is unfortunate. What triggered it cannot be said. He did not say a word (against the accused), brother also doesn't say...His (father's) statements are complete embellishments. He has lost his son and wants to blame someone and not himself. Three educators have been dragged for 14 years for performing their jobs. You have already punished them by this process. The system has punished these people without their fault. Let us put yourself in their shoes. Your child has died, sympathies for you, but blaming someone else, not introspecting but blaming the world is not right."

On perusal of the chargesheet, the court found that there were no other independent witnesses to the actual incident to prove that there had been abetment to suicide in the case. Further, in view of the letters exchanged, including the apology letter by the deceased, the court stated that the complaint was an embellishment and an endeavour to make out a of abatement of suicide. However, on even assuming that the chargesheet was correct, no such case was made out due to the absence of ingredients of abetment of suicide being met.

In its order, the court noted–

"We appreciate the anguish of a father on losing his young son. But we cannot blame teachers for taking basic disciplinary action which is necessary. A contra position would create a lawless educational institution. The anguish of the father ought not to have been converted into a case of suicide. The investigation could have been more realistic considering surrounding circumstances."

Accordingly, the appeal was allowed. The order framing charges was set aside and the accused were discharged.