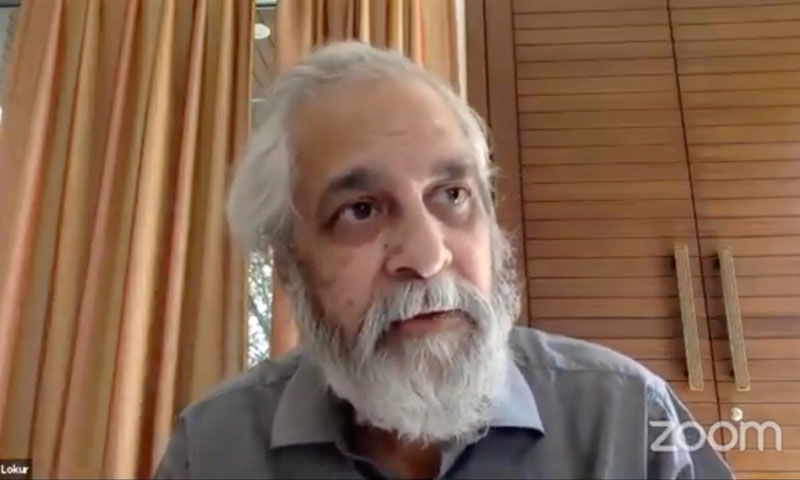 "Magistrates need to apply their minds and not blindly trust the prosecution", said Justice Madan B. Lokur, former Judge of the Supreme Court of India, at an e-seminar organized by the LiveLaw on the topic "Shooting the Messenger: The 'Chilling Effect' of Criminalising Journalism". "Judiciary has to be on guard to see police is not exceeding its authority. Examine the FIR, examine the...

"Magistrates need to apply their minds and not blindly trust the prosecution", said Justice Madan B. Lokur, former Judge of the Supreme Court of India, at an e-seminar organized by the LiveLaw on the topic "Shooting the Messenger: The 'Chilling Effect' of Criminalising Journalism".

"Judiciary has to be on guard to see police is not exceeding its authority. Examine the FIR, examine the case diary...find out what is happening, and remand the person to police or judicial custody only if it is necessary", he said.

Justice Madan B. Lokur, Senior Advocate Dr. Colin Gonsalves, and Journalist/Writer Seema Chishti were the speakers at the e-seminar, which was moderated by lawyer Malavika Prasad.

The e-seminar commenced with a discussion on the spate of FIRs which had been registered against journalists across the country under cognizable and non-cognizable offences such as Sections 124A and 188 of the Indian Penal Code. Such cases had the potential to stunt the freedom of press guaranteed under Article 19(1)(a) of the Constitution of India.

In this context, Prasad asked Justice Lokur about the steps that should be taken by the Courts to ensure that there was no chilling effect on freedom of press.

Justice Lokur answered the same by noting that the criminal justice system had to be seen as a whole and there were few changes that needed to made. For instance, there was an urgent need to ensure the fairness of investigations, which was unfortunately in jeopardy due to recent cases which had come to light.

Referring to the horrifying case of custodial deaths in Tamil Nadu wherein a father-son duo was tortured to death by policemen during investigation for alleged violation of lockdown curfew, Justice Lokur lamented on the fact that the police indulged in covering up the incident by stating that the duo had underlying illnesses.

"The police said that they(accused) had a heart condition. Today, it has come out that some evidence was deleted. With these things happening, it is difficult to trust the police and the investigation."

With such incidents taking place, Justice Lokur expressed the debilitating trust of the journalists in the fairness of investigations. He further commented on the possible misuse of law to prevent journalists from holding the powers-to-be accountable. For instance, in cases with no question of sedition, investigations are conducted in a manner so as to portray that a seditious act was involved.

However, despite laws being misinterpreted at the stage of investigation as well as filing of charge sheet, it is duty of the Magistrate to put an end to the same.

"The question is, what is the role of the Court? The Magistrate has to be very careful and should see that a prima facie case is made out. In the recent case in Tamil Nadu, it seems that the Magistrate had not even seen the father and son! It cannot be like that. They cannot blindly trust the prosecution. There has to be clear application of mind."

Justice Lokur further noted that in cases under the Unlawful Activities (Prevention) Act, 1967, mere mention of "unlawful activities" does not give the Magistrate or the Judge the right to not act upon the case or throw up his/her hands. The Supreme Court has rendered multiple judgements wherein it has been stated that a prima facie case has to be made out for refusal of grant of bail under Section 43D(5).

"Magistrate has to be very very careful and see if prima facie offence is made out..that there is some substance in FIR ,in case diary, and only then Magistrate should take things forward.."

In conclusion, Justice Lokur noted that it is the duty of the Magistrate to be on guard in order to ensure that the police does not exceed its authority. Magistrates need to examine the FIR, the case diaries and then proceed. Important roles are played by the Magistrates and therefore, there is an unquestionable need to follow the protocol.