Breaking: There Cannot Be A Total Prohibition Of Dance Bars In Maharashtra;SC Relaxes Stringent Conditions For Licence 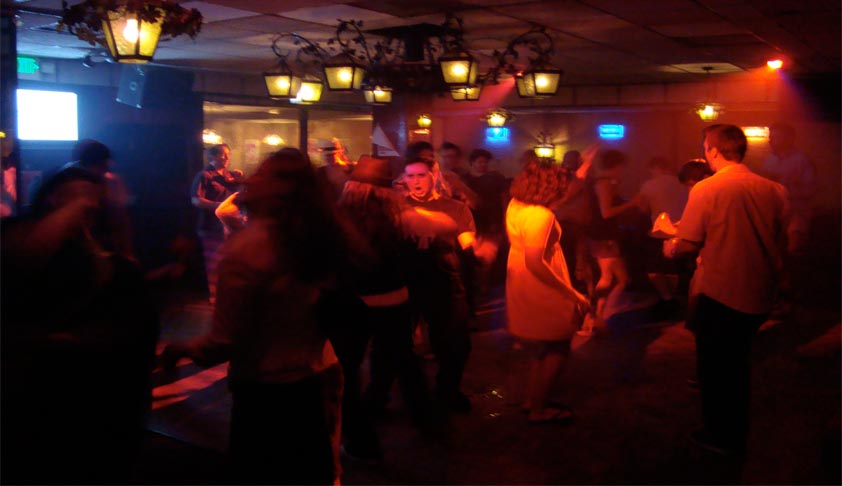 The Supreme Court on Tuesday held that there cannot be a total prohibition of dance bars in Maharashtra. The Bench has also relaxed the stringent conditions imposed by the Government for getting license for dance barsThe two Judge bench of Justices AK Sikri and Ashok Bhushan was delivering Judgement in a batch of petitions filed by various bar owners and 'Bharatiya Bargirls...

The Supreme Court on Tuesday held that there cannot be a total prohibition of dance bars in Maharashtra. The Bench has also relaxed the stringent conditions imposed by the Government for getting license for dance bars

The two Judge bench of Justices AK Sikri and Ashok Bhushan was delivering Judgement in a batch of petitions filed by various bar owners and 'Bharatiya Bargirls Union' challenging the Maharashtra Prohibition of Obscene Dance in Hotels, Restaurants and Bar Rooms and Protection of Dignity of Women (Working therein) Act, 2016.

In short, the bench upheld Section 2(8) of the Act. Section 8(4) of the Act was upheld with riders. It struck down Section 6(4) of the Act as unconstitutional and also quashed Rule 3(3) (i) framed under the Act. Various other conditions were quashed, while some where upheld.

It was contended before the court that the definition of obscene dance in Section 2(8) is expanded beyond Section 294 of the IPC by specifically including following forms of dance: i) which is designed only to arouse the prurient interest of the audience; and (ii) which consists of a sexual act, lascivious movements, gestures for the purpose of sexual propositioning or indicating the availability of sexual access to the dancer, or in the course of which, the dancer exposes his or her genitals or, if a female, is topless;.

Rejecting the said argument, the bench said: "Where a hotel, restaurant, bar room or any place is used for staging dances without obtaining a licence under Section 3 of the Act, that is made a punishable offence. However, even if licence is obtained, that would not mean that place can be used for obscene dance performances or for exploiting working women for any immoral purpose. It is these acts which are made punishable under sub-section (2). In this manner, the offence under Section 8(2) is somewhat different from the offence that is stipulated in Section 294 IPC."

Ban on throwing of money etc. upheld, but can handover money to dancers personally [ Section 8(4) upheld with riders]

The court upheld the provision insofar as it prohibits throwing or showering of coins, currency notes or any article or anything which can be monetised on the stage. The court said such acts aims at checking any untoward incident as the aforesaid Act has tendency to create a situation of indecency.

"Therefore, whatever money, any appreciation of any dance performance, has to be given, can be done without throwing or showering such coins etc", the court said.

The bench added that there may not be any justification in giving such tips only by adding thereto in the bills to be raised by the administration of the place. The court added: "On the contrary, if that is done, the person who is rightful recipient of such tips may be denied the same. Further, State cannot impose a particular manner of tipping as it is entirely a matter between an employer and performer on the one hand and the performer and the visitor on the other hand. We, therefore,. However, handing over of the notes to the dancers personally is not inappropriate. We also set aside the provision of giving the tips only by adding the same in the bills."

The bench quashed the rule that a person is entitled to obtain or hold licence who possesses a 'good character' and 'antecedents' and he should not have any history of 'criminal record' in the past ten years.

It said: "The terms 'good character' or 'antecedents' or 'criminal record' are not definite or precise. These expressions are capable of any interpretation and, therefore, it is left to the wisdom of the licensing authority to adjudge whether a particular person possesses good character or good antecedents or not. Likewise, insofar as history of criminal record is concerned, it is not spelled out as to whether such a criminal record is based on conviction in a case or mere lodging of FIR would be termed as criminal record."

The bench granted liberty to the rule making authority to bring a suitable provision of precise nature.

Referring to privacy judgment, the bench said that such a condition would be totally inappropriate and it amounts to invasion of privacy and is, thus, violative of Articles 14, 19(1)(a) and 21 of the Constitution.

The court observed that such a condition does not take into account the ground realities particularly in the city of Mumbai where it would be difficult to find any place which is 1 km away from either an education institution or a religious institution. This, the court added, amounts to fulfilling an impossible condition and the effect thereof is that, at no place, in Mumbai, licence would be granted. The court quashed this condition granting liberty to state to prescribe the distance from educational and religious institutions, which is reasonable and workable.

There cannot be a complete prohibition from serving alcoholic beverages

While quashing the condition prohibiting serving of liquor in dance bars, the bench said: "This is totally disproportionate, unreasonable and arbitrary. We see no reason as to why the liquor cannot be served at such places. It seems that State is more influenced by moralistic overtones under wrong presumption that persons after consuming alcohol would misbehave with the dancers. If this is so, such a presumption would be equally applicable to bar rooms where the alcohol is served by women waitresses. However, such conditions have been held to be unreasonable by the Courts. There may be aberrations or sporadic incidents of this nature which can happen not only at the places where dance performances are staged but at other places including bar rooms and even main restaurants. Other measures have to be adopted to check such a nuance."

Condition of employing bar dancers on monthly salary struck down

The court struck down the condition of employing such persons on monthly salary, observing that there can be other modes of employment permissible in law and the employers have legal right to adopt such modes.

"For example, it could be employment on contract basis i.e. where the remuneration can be fixed for each performance. Moreover, it impinges upon the rights of such workers as well who may, otherwise, be free to give their performances at more than one place. Therefore, it imposes restriction even upon such employees and infringes their right under Article 19(1)(g).", the court said.

The bench said that the provisions for written contract, deposit of the remuneration in the bank accounts of the employee as well as submission of these written contracts with the licensing authority, are appropriate.

Condition which stipulates segregation of bar room area from hotel and restaurant and to provide Fixed partition between permit room and dance room has also been struck down by this Court holding it to be quite unreasonable.

The bench also noticed that not a single establishment has been issued licence under the impugned Act even when it was passed in the year 2014. The court said: "Thus, even when the impugned Act appears to be regulatory in nature, the real consequences and effect is to prohibit such dance bars. The State, thereby, is aiming to achieve something indirectly which it could not do directly. Such a situation is beyond comprehension and cannot be countenanced."

While disposing of the plea, the bench added: "We hope that applications for grant of licence shall now be considered more objectively and with open mind so that there is no complete ban on staging dance performances at designated places prescribed in the Act."