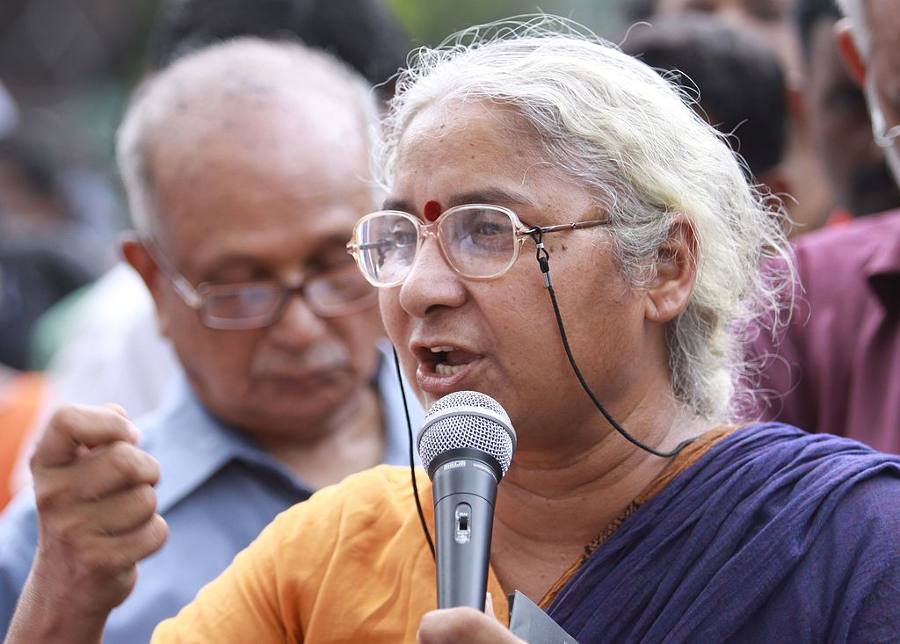 The Supreme Court on September 14 will consider a petition filed by activist Medha Patkar seeking temporary release of prisoners from Maharashtra jails on account of the risk spread of COVID-19.

The SLP, filed through Advocates Vipin Nair and S.B Talekar challenges the Bombay High Court's decision to uphold the Maharashtra State High Powered Committee's recommendations to not release on emergency parole those prisoners convicted for offences punishable with less than 7 years under Special Acts such as NDPS Act, UAPA, MCOCA etc.

The NGO National Alliance for People's Movement(of which Patkar is the convenor) Mumbai-based activist Meera Sadanand Kamath are the other petitioners.

Pursuant to the Supreme Court directing all states to constitute a High Powered Committee (HPC) in order to release prisoners on interim bail or emergency parole in an attempt to maintaining social distancing in the prisons during the pandemic, the Maharashtra HPC classified prisoners for temporary release on emergency parole as well as interim bail.

The HPC on 25.03.2020 and 11.05.2020 made these classifications whereby it was directed that all such persons who are accused or convicted of offences punishable with imprisonment of 7 years or less shall be released on interim bail or emergency parole as the case may be. However, it was held that these directions would not apply to the prisoners who are accused of offences under the Special Acts or the serious economic offences. It was further directed that jail authorities would favourably consider the release of the convicts who are undergoing imprisonment for offences punishable with less than 7 years imprisonment, on emergency parole.

Furthermore, release of those convicted for offences punishable with more than 7 years imprisonment was restricted to only such prisoners who had returned on time twice in the past when released either on parole or furlough, but excluded all such convicted prisoners who are undergoing punishment under the special Acts from the scope of its directions.

The classification prescribes exclusion of certain convicts under the Special Acts for release on emergency parole on the ground that additional conditions or special procedure were prescribed for release on bail under such Acts. This, argues the petition, resulted from a 'total non-application of mind.'

"The HPC excluded the prisoners who were accused of offences punishable under the Special Acts for the purpose of availing interim bail on the ground that such Acts required observation of a separate procedure or imposition of additional conditions for the purpose of grant of bail. However, most of the special Acts did not provide for any special procedure or additional conditions for grant of bail…

…Once the HPC had classified the prisoners after applying the relevant parameters, it was not required to apply those and other relevant parameters once again by the lower courts, thereby making the entire exercise of classification of prisoners for the purpose of decongestion in the prisons, a futile attempt and illusory."

Claiming that the prescription of additional safeguards while granting bail cannot be a ground for total exclusion of all such prisoners who were accused of offences under the special Acts, it is urged that the classification is made without any intelligible differentia or a rational nexus with the objects sought to be achieved by such classification.

The High Court, vide order dated 05.08.2020 upheld these classifications. The petitioners clarify that the present plea is limited to challenging the High Court Order and the HPC's classification of not allowing parole to prisoners convicted under Special Acts.