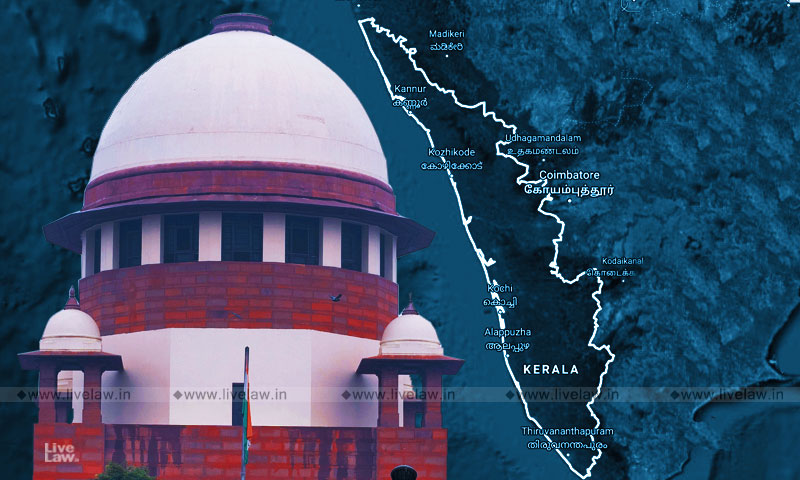 Challenging the Kerala High Court's order which quashed the government scheme to provide minority scholarship to Muslims and Christians in 80:20 ratio, the State of Kerala has filed a Special Leave Petition in the Supreme Court.On May 28, a division bench of the Kerala High Court had set aside the 80:20 minority scholarship scheme, observing that the state has to treat both the...

Challenging the Kerala High Court's order which quashed the government scheme to provide minority scholarship to Muslims and Christians in 80:20 ratio, the State of Kerala has filed a Special Leave Petition in the Supreme Court.

A division bench comprising Chief Justice S Manikumar and Justice Shaji P Chaly gave the verdict in a PIL filed by a Christian person challenging the scheme(Justine Pallivathukkal vs State of Kerala).

Terming the High Court directions to be "irrational" and "erroneous", the State Government in its petition stated that the minority scholarship scheme was introduced on the basis of  the reports of Justice Rajender Sachar Committee and Paloli Mohammad Kutty Committee (which was constituted by the State Government subsequent to Sachar Committee report) regarding the educational backwardness in the Muslim community.

In the light of the recommendations of Paloli Muhammad Kutty Report, the Government of Kerala issued a Government Order dated 16.8.2008 pursuant to which 5000 scholarships were set apart for degree and post-graduate professional courses for Muslim girl students per year and 14 posts of clerks have been created in 14 districts. A total amount of Rs. 10 crores was set apart for the implementations of the above scholarships

"...in the instant case, the Paloli Committee reported that Muslim community in the State of Kerala is far behind Christians in college enrollment and even behind Scheduled Castes and Scheduled Tribes i.e. 8.1 % for Muslims and 28.1, 20.5, 16.7, 11.8 and 10.3 for forward Hindus, Christians, backward Hindus, SC/STs respectively. It was found that Muslims in Kerala stand far behind than the other communities in educational fields. Therefore the Scholarship programme earmarking 80% to Muslim students is within the ambit of Article 15(4) of the Constitution of India", the petition states.

The petition further states that in in January 2011, the State Government extended the benefit of the scholarships given to Muslim girl students to certain members of the other minority community viz. Latin Catholics and Converted Christians(who are classified as backward communities) at the ratio of 20% of the total number of scholarships.

The State Government argues that the High Court committed a "grave error" by directing to extend the minority scholarship scheme to all notified minorities in the proportion of population, without ascertaining any study regarding backwardness.

"It is submitted that the High Court proceeded on the erroneous assumption that earmarking of higher percentage of the scholarships to a particular minority community is discriminatory, even though it was based on the study conducted by a Committee appointed by the Government on the education backwardness of the said community. It is submitted that the High Court lost sight of the fact that giving scholarships to students belong to other minority communities without determining educational backwardness and the extent of the eligibility of such community would result in arbitrariness and the State cannot be compelled to do an arbitrary action", the petition argues.

The State argues that "providing scholarships on the basis of population ratio, without conducting a study to ascertain the eligibility would result in arbitrary distribution of scholarships to ineligible candidates".

The State Government further states that to ascertain the educational backwardness of Christian community, it has constituted a committee headed by a retired High Court judge (Justice JB Koshy).

The State argues that Article 29 of the Constitution does not bar the State Government from providing higher percentage of scholarship to a minority community which is more backward.

A special provision made by the Government in the form of scholarships to students belong to Muslim community, which is a backward class and also educationally backward, is an affirmative action by the State under Article 15(4) of the Constitution.

It is contended that the High Court erred in construing the higher percentage for Muslims as a sort of "sub-classification".

The petition states that the High Court's judgment is based on the following erroneous premises :

(a) That providing a higher percentage of scholarships to a particular minority community amounts to sub-classification which is violative of Article 15(4) of the Constitution of India;

(b) Though the earmarking of higher percentage of the scholarships to a particular minority community is based on the study conducted by a Committee appointed by the Government on the education backwardness of the said community and the lesser percentage of scholarships given to other communities, without even determining educational backwardness and the eligibility, is discriminatory;

(c) That by providing scholarships to all the minority communities on the basis of population ratio, without even conducting a study as to the eligibility of each minority community, would set at naught the discrimination;

Earlier, a private entity had filed a petition in the Supreme Court challenging this High Court judgment.

Case Title : State of Kerala versus Justine Pallivathukkal and others