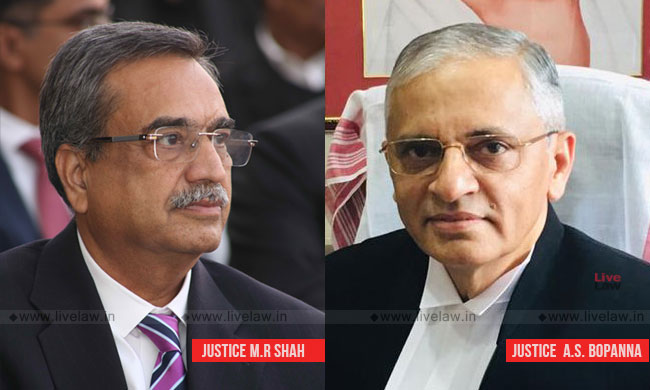 In a case similar to Hadiya case, the Supreme Court today stayed an order passed by the Chattisgarh High Court on May 15 which directed the psychiatric examination of a woman who had married a man against the wishes of her parents.Based on the assertion made by the father of the woman that she was a psychiatric patient under medication, Justice Sanjay K Agarwal of the High Court had ordered...

In a case similar to Hadiya case, the Supreme Court today stayed an order passed by the Chattisgarh High Court on May 15 which directed the psychiatric examination of a woman who had married a man against the wishes of her parents.

Based on the assertion made by the father of the woman that she was a psychiatric patient under medication, Justice Sanjay K Agarwal of the High Court had ordered the medical examination of the woman to be conducted by a team of three doctors including a psychiatrist constituted by the Dean of Dr B R Ambedkar Medical College, Raipur, and directed the submission of the report to the Court in a sealed cover.

Challenging this order, the woman filed a Special Leave Petition in the SC, contending that the order was made without hearing her and that the same infringed her right to autonomy and dignity.

The SC bench of Justice M R Shah and A S Bopanna took note of the fact that the order was passed by the HC without hearing her, despite the fact that she had filed an application to intervene in the case.

Therefore, the SC directed the petitioner to move her application within a period of four weeks from today. Till the High Court passes orders on her application, the effect of the direction has been stayed.

"It will be open for the High Court even to call the petitioner and have a dialogue with her and try to assert the true facts", observed the SC.

Case as per the petition

As per the special leave petition, the petitioner, a Hindu, had fallen in love with a Muslim man, who later converted to Hindu religion. They got married to each other in February 2018 and registered their marriage a month later, much to the unhappiness of her parents.

Although she left her home to join her husband, she was forcibly brought back. This led to her husband filing a habeas corpus petition in the High Court in July 2018 for her release.

Acting on the petition of the husband, the High Court ordered that the woman be sent to a girls' hostel so that she can think over the matter. Against this, the husband filed an SLP in the Supreme Court. There, the woman submitted that she wanted to reside with her parents (According to the present SLP, this statement was made by the woman under pressure from her parents). Based on her statement, the SC disposed of the matter, observing that she being a major woman had the right to choose where she wanted to live.

In January 2019, the father of the woman filed a writ petition in the High Court seeking police protection and SIT probe into the background of the marriage.

The woman claimed that she was being tortured and harassed by her parents, who did not permit her to leave house to join her husband. In March, she was constrained to make a rescue call to the Director General of Police, who despatched a police team to her house. On March 17, the police took the woman to one "Sakhi One Stop Centre", where she gave a statement to the police and Executive Magistrate narrating the atrocities she had to suffer at her home. She stated that she was forcibly taken by her parents to a mental hospital in Akola, Maharastra and subsequently to an Dharamshala/Ashram in Surat wherein she was threated that she would be killed if she resided with her husband who was earlier a Muslim. Her statement was taken after a medical examination by a team of three doctors who certified her physical and mental fitness to give the statement.

Meanwhile, the husband had filed another petition seeking release of the woman from the custody of her parents. However, the High Court refused to permit the husband to have the company of the woman and ordered that she should be continued to be lodged in "Sakhi One Stop Centre".

"the Hon'ble High Court on a mere averment made on behalf of the father of the Petitioner regarding the health of the Petitioner has directed an illegal medical examination to be conducted without taking into account the fact that the Petitioner is a major who has the right to be represented herself and also to reside with her lawfully husband, which is sought to be prevented by her father through use of illegal tactics as also criminal force", stated the petition.

The petition also referred to several SC precedents, including the Hadiya case of 2018, which had upheld the right of a major woman to live with a partner of her choice.