NI Act : Test Of Proportionality Must Guide In Determining If Presumption Under Sec.139 Was Rebutted [Read Judgment] 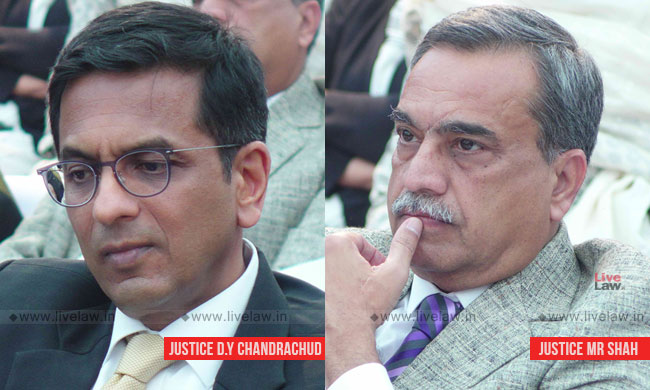 Finding that the presumption under Section 139 of the Negotiable Instruments Act regarding the existence of legally enforceable debt was rebutted, the Supreme Court acquitted an accused in a case filed under Section 138 NI Act.

"...in determining whether the presumption has been rebutted, the test of proportionality must guide the determination. The standard of proof for rebuttal of the presumption under Section 139 of the Act is guided by a preponderance of probabilities", observed the bench of Justices D Y Chandrachud and M R Shah while setting aside the High Court judgment, which had reversed the acquittal by the first appellate court.

Against the High Court's judgment, the accused approached the Supreme Court.

Applying the test of preponderance of probabilities as laid down by SC in Rangappa v Sri Mohan (2010) 11 SCC 411, the SC held that the accused had rebutted the presumption under Section 139 based on the following facts :

Based on these facts, the SC observed:

"On a totality of the facts and circumstances and based on the evidence on the record, the first appellate court held that the presumption under Section 139 of the Act stood rebutted and that the defence stood probabalised. From the judgment of the High Court, the significant aspect of the case which stands out is that there has been no appreciation of the evidence or even a reference to the reasons furnished by the first appellate court".

The SC termed the HC judgment "unsatisfactory" for not making any reference to evidence on record.

"There was absolutely no valid basis to displace the findings of fact which were arrived at by the first appellate court,while acquitting the accused", observed the apex court.

The accused was acquitting holding that his "defence that there was an absence of a legally enforceable debt was rendered probable on the basis of the material on record".