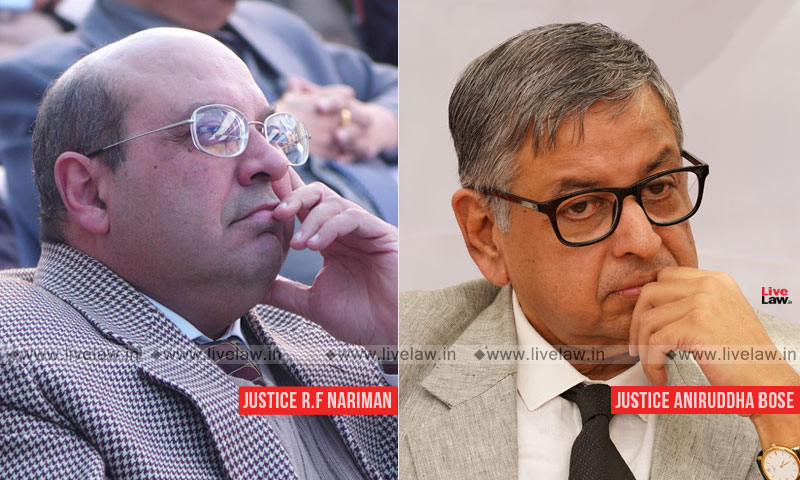 The Supreme Court has held that there is no requirement under the Insolvency and Bankruptcy Code that the resolution plan should match the liquidation value of the corporate debtor.This was held by a bench comprising Justices R F Nariman and Aniruddha Bose in the case Maharashtra Seamless Ltd(MSL) v Padmanabhan Venkatesh and others.The bench was considering the legality of an order of...

The Supreme Court has held that there is no requirement under the Insolvency and Bankruptcy Code that the resolution plan should match the liquidation value of the corporate debtor.

This was held by a bench comprising Justices R F Nariman and Aniruddha Bose in the case Maharashtra Seamless Ltd(MSL) v Padmanabhan Venkatesh and others.

The bench was considering the legality of an order of the National Company Law Appellant Tribunal, by which the Resolution Applicant (MSL) was directed to modify the resolution plan on the ground that it was below the liquidation value of the corporate debtor and that the operational creditors were not treated at par with the financial creditors.

The promoters of the corporate debtor had appealed to the NCLAT against the approved resolution plan contending that the approval of resolution plan amounting to Rs.477 crores was giving the Resolution Applicant windfall as they would get assets valued at Rs.597.54 crores at much lower amount.

Taking a critical view of the interference made by the NCLAT with the approved resolution plan, the SC observed :

"No provision in the Code or Regulations has been brought to our notice under which the bid of any Resolution Applicant has to match liquidation value arrived at in the manner provided in Clause 35 of the Insolvency and Bankruptcy Board of India (Insolvency Resolution Process for Corporate Persons) Regulations, 2016".

The bench further said that it could not find any breach of the provisions of IBC in the approved resolution plan.

Referring to the the decision in the Essar Steels case, the bench observed that the NCLAT exceeded its jurisdiction by interfering with the commercial wisdom of the CoC.

"The Appellate Authority has, in our opinion, proceeded on equitable perception rather than commercial wisdom. On the face of it, release of assets at a value 20% below its liquidation value arrived at by the valuers seems inequitable. Here, we feel the Court ought to cede ground to the commercial wisdom of the creditors rather than assess the resolution plan on the basis of quantitative analysis. Such is the scheme of the Code.

The scope of interference by the Adjudicating Authority in limited judicial review has been laid down in the case of Essar Steel (supra). The case of MSL in their appeal is that they want to run the company and infuse more funds. In such circumstances, we do not think the Appellate Authority ought to have interfered with the order of the Adjudicating Authority in directing the successful Resolution Applicant to enhance their fund inflow upfront".

Curiously, the successful resolution applicant in the case sought withdrawal from the plan under Section 12A of IBC by citing financial difficulties.

The Court said that this option is not available to a Resolution Applicant.

"The exit route prescribed in Section 12-A is not applicable to a Resolution Applicant. The procedure envisaged in the said provision only applies to applicants invoking Sections 7, 9 and 10 of the code. In this case, having appealed against the NCLAT order with the object of implementing the resolution plan, MSL cannot be permitted to take a contrary stand in an application filed in connection with the very same appeal".

The Court also noted that MSL had raised funds by mortgaging the assets of corporate debtor only.

"In such circumstances, we are not engaging in the judicial exercise of determining the question as to whether after having been successful in a CIRP, an applicant altogether forfeits their right to withdraw from such process or not"