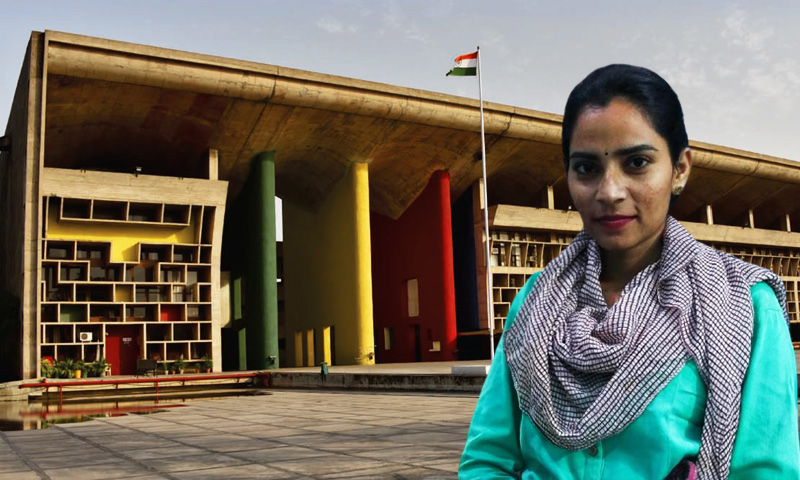 The Punjab and Haryana High Court on Thursday (26th February) granted Bail To Dalit Labour Activist Nodeep Kaur in the third FIR Registered against her.The Bench of Justice Avneesh Jhingan granted her bail while hearing her Bail Plea and a Suo Moto registered in connection with her matter (both matters heard together). However, with regard to allegations of her illegal detention, the...

The Punjab and Haryana High Court on Thursday (26th February) granted Bail To Dalit Labour Activist Nodeep Kaur in the third FIR Registered against her.

The Bench of Justice Avneesh Jhingan granted her bail while hearing her Bail Plea and a Suo Moto registered in connection with her matter (both matters heard together). However, with regard to allegations of her illegal detention, the matter will continue to be heard by the Court.

"It would be appropriate to say that the right to peaceful protest is circumscribed by a thin line. The crossing of line may change the colour of protest. It would be subject matter of trial as to whether the line for peaceful protest was crossed in the alleged incident or not."

As per the pleadings, the petitioner along with some workers were making a peaceful protest outside the factory premises. The grievance was being raised regarding the non-payment of wages to some of the labourers.

Whereas the case of State is that protest turned violent, police officials were attacked and in the process, injuries were inflicted on police personnel. There was also an attempt to snatch the weapons from the police.

The arguments in the Court were confined to the Bail Plea only, wherein it was contended by Senior Advocate RS Cheema that she is not a flight risk and that Bail is Rule, Jail is Exception.

While granting her bail, the Court said,

"The petitioner is in custody since 12.1.2021. Albeit the matter is under investigation but that itself would not be sufficient ground to deny personal liberty to the petitioner."

"However, it will suffice that the petitioner shall maintain a restrain while being on bail to ensure that no law and order issue arises due to her actions."

It may be noted that she had already obtained bail in two cases registered against her, and in the third FIR, she has been granted Bail today.

Earlier, on Tuesday (24th February), her Bail Plea was not heard as her medical report was not available and the same was not put on record by the State Counsel, to which, the Court had directed the Prosecution to file the same by 24th February itself.

Submitting that she has been targeted and falsely implicated in the matter as she was successful in generating massive support in favour of the Farmers' movement, Dalit Labour Activist Nodeep Kaur had claimed in her Bail plea (filed before the Punjab & Haryana High Court) that she was beaten, tortured and suffered multiple injuries.

In her bail plea, she had claimed that after arresting her, the Police Officials took her to the Police Station "in absence of any woman police official" and was "beaten black and blue by the police officials."

The Bail Plea was filed through her Advocates Arshdeep Singh Cheema and Pawandeep Singh, Manvendra Singh, Harinder Singh and Manraj (on behalf of DSGMC) under the guidance of Senior Advocate RS Cheema stating that she was falsely arraigned as accused in an FIR lodged under various sections, including 307 (attempt to murder) of the IPC.

It may be noted that the Punjab & Haryana High Court on Friday (12th February) took suo-motu cognizance of the alleged illegal confinement of 23-year-old labour activist Nodeep Kaur (a member of the Mazdoor Adhikar Sangathan) by Haryana police.

The Bench of Justice Arun Kumar Tyagi, in its order, noted that complaints dated 06th February 2021 and 08th February 2021 have been received through e-mail regarding illegal confinement of Nodeep Kaur, Dalit Labour Activist by the Haryana Police.

Other averments in the Bail Plea

Arrested by the Sonipat Police on January 12 on charges of attempt to murder, rioting, and assault to deter a public servant from discharge of his duty under the Indian Penal Code, among others, her Bail plea of was dismissed by a local court on 02nd February.

Responding to allegations of torture, the police has said, "She did not raise the issue of assault by police officers either before the Medical Officer or the Chief Judicial Magistrate."

As reported by Scroll, Kaur was granted bail (on 11th February) in connection with an extortion case, however, Kaur, continued to remain in prison. But, with today's Bail Order, she can now be released from Prison.