Other States Should Not Ban Our Lotteries : Meghalaya & Sikkim To Supreme Court 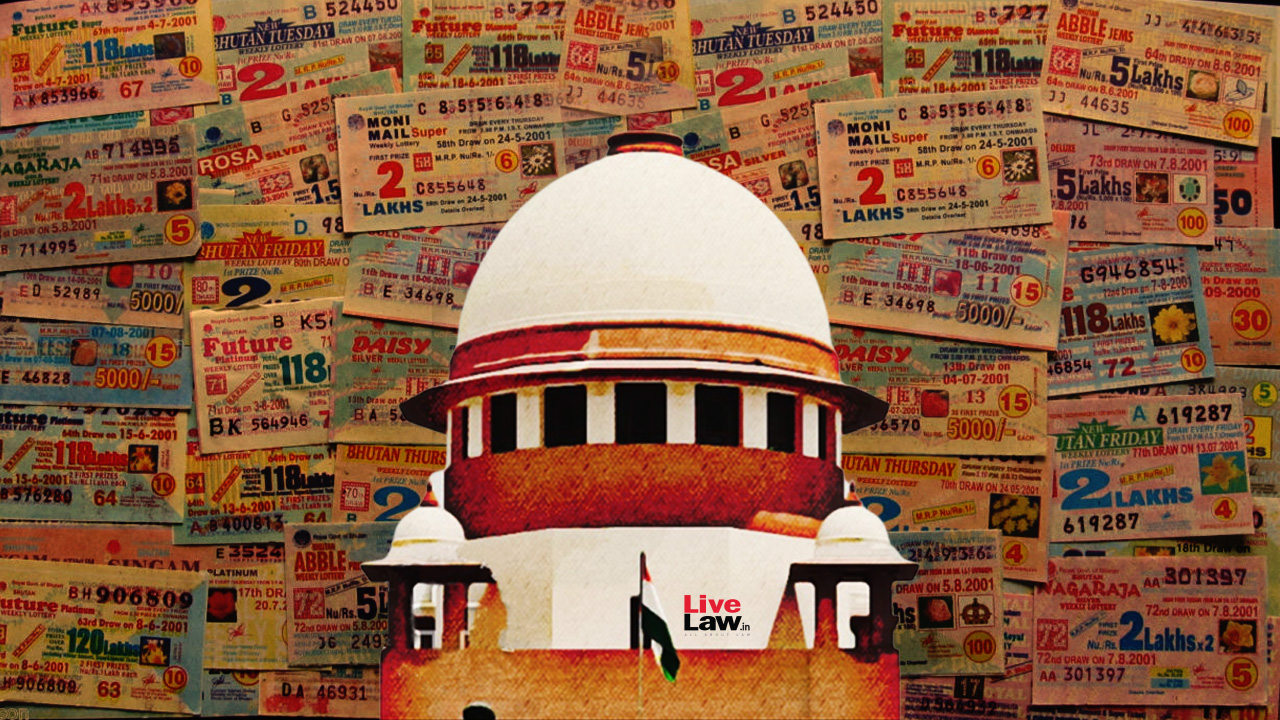 The Supreme Court heard a suit filed by the State of Meghalaya and Sikkim against the decision to ban their state lotteries in other states.

The context of the suit is that as per Section 5 of the Lotteries (Regulation) Act 1998, the Central Government authorised State Governments to prohibit the sale of tickets of a lottery organised, conducted or promoted by another State. The State of Meghalaya, submitting that the regulation of lotteries organised by other states was not a State subject, but fell within the domain of the Central government, thus sought to be granted permission to sell lotteries in other States. The State of Sikkim also supported the stand of Meghalaya.

Senior Advocate A.M. Singhvi, appearing for the State of Sikkim underscored that in a federal nation, one state could not be permitted to ban another state from selling lotteries in their state. He stated that–

"We have one question only. How is it possible that an Indian federal state in India can ban a state organised lottery for another state? I am yet to understand how my state can ban his state?"

Sr. Adv. Mukul Rohtagi appearing for the State of Meghalaya, further elaborating upon the issue stated that–

"Tomorrow, every state will become a country and say that I will ban milk coming into a state or I will ban employment in the state. It can't be! The Act itself provides for what are "state organised lotteries" and what are "state authorised lotteries". So far as state authorised lotteries are concerned, certainly, the question of federalism won't come in, but when the state itself is organising (lottery), then the question of federalism arises..."

Further, while stating that the judgement of B.R. Enterprises v. State Of U.P. (1999) could not be relied upon and that lotteries could not be treated as betting or gambling, Sr. Adv. Rohtagi stated that–

"The earlier judgement of this court (B.R. Enterprises v. State Of U.P.), on which reliance has been placed says that lotteries are gambling; gambling is commercial; it is looked upon with suspicion and therefore Article 301, which states that there will be freedom of trade and commerce in this country will not apply. That is not correct because betting and gambling is otherwise is List II. This is carved out from betting and gambling and put in List I. The list itself shows that it is not treated as gambling and therefore, the earlier judgement did not answer the question of contravention of Article 301."

In a lighter vein, Sr. Adv. Rohtagi stated that the arguments he was raising had already been raised by the Attorney General when he was the State counsel for Sikkim. To this, Solicitor General, Tushar Mehta laughed and remarked- "That is Res Judicata for lawyers!"

While highlighting the urgency of the matter, the petitioners stated that the States had no funds and were "crying for revenue" and thus, requested the bench to list the matter urgently.

The matter is now listed for next week.

CASE TITLE: THE STATE OF MEGHALAYA v. UNION OF INDIA AND ORS | Original Suit No. 1/2021