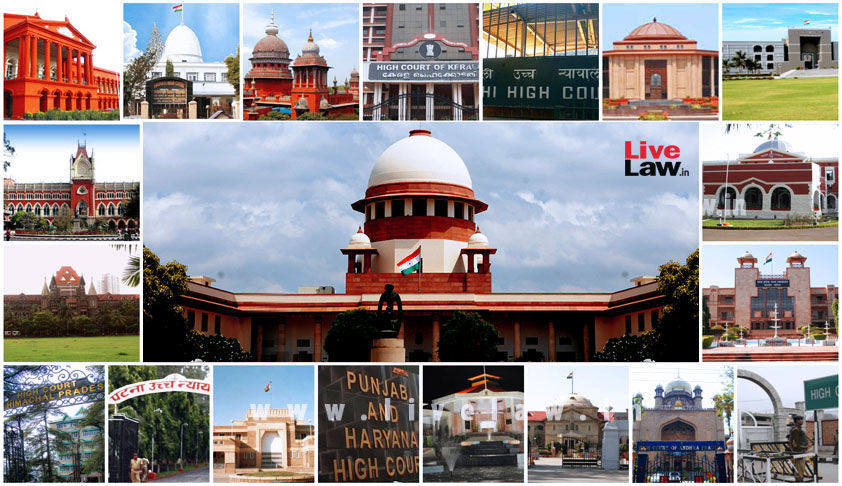 x
Over 4.1 crore cases are pending in the subordinate courts in the country.

The total number of pending cases in Supreme Court of India are 71,411 as on August 2, 2022, out of which 56,365 are civil matters and 15,076 are criminal matters, Union Minister of Law & Justice Kiren Rijiju informed the Rajya Sabha on Thursday.

Out of these cases, more than 10,491 are awaiting disposal for over a decade. Over 42,000 cases were pending for less than five years and 18,134 between five and 10 years. The Minister gave the statistics from the information provided by the Supreme Court.

59,55,907 cases are pending in 25 High Courts across the country as on July 29 this year. The figure of backlogs in subordinate courts is 4.13 crores 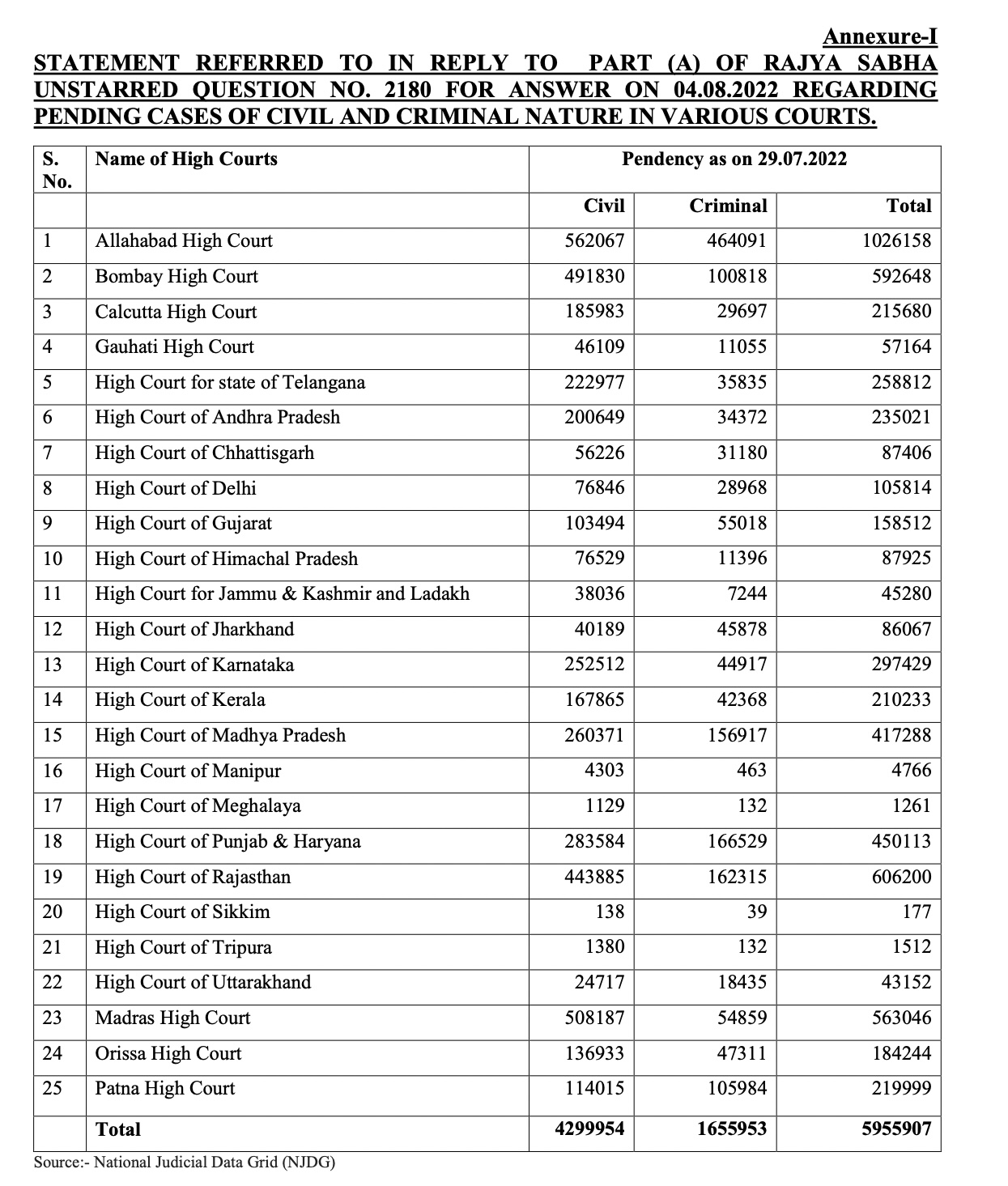 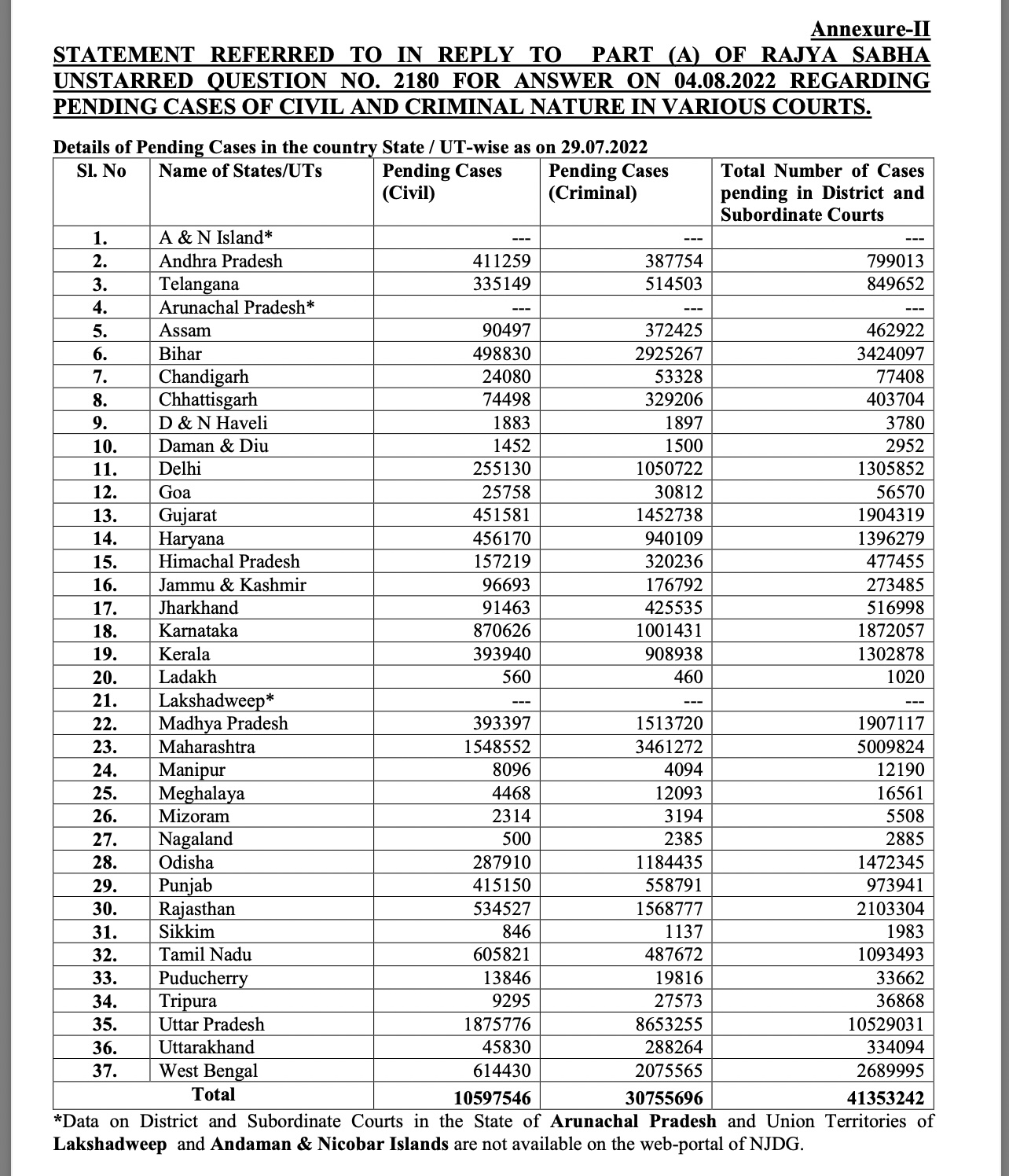 The Minister was replying to the queries raised by MP Deepender Singh Hooda.

"Disposal of pending cases in courts is within the domain of the judiciary. No time frame has been prescribed for disposal of various kinds of cases by the respective courts. Government has no direct role in disposal of cases in courts. Timely disposal of cases in courts depends on several factors which, inter-alia, include availability of adequate number of judges and judicial officers, supporting court staff and physical infrastructure, complexity of facts involved, nature of evidence, co-operation of stake holders viz. bar, investigation agencies, witnesses and litigants and proper application of rules and procedures. There are several factors which may lead to delay in disposal of cases. These, inter-alia, include vacancies of judges, frequent adjournments and lack of adequate arrangement to monitor, track and bunch cases for hearing. The Central Government is fully committed to speedy disposal of cases in accordance with Article 21 of the Constitution and reducing pendency. The Government has taken several initiatives to provide an ecosystem for faster disposal of cases by the judiciary", the reply stated.

Reduction in Pendency through / follow up by Arrears Committees:

In pursuance of Resolution passed in Chief Justices' Conference held in April, 2015, Arrears Committees have been set up in High Courts to clear cases pending for more than five years. Arrears Committees have been set up under District Judges too. Arrears Committee has been constituted in the Supreme Court to formulate steps to reduce pendency of cases in High Courts and District Courts. In the past, Minister of Law & Justice has taken up the matter with Chief Justices of High Courts and Chief Ministers drawing their attention to cases pending for more than five years and to take up pendency reduction campaign. The Department has developed an online portal for reporting by all High Courts on the compliance of Arrears Eradication Scheme guidelines of the Malimath Committee Report.

Filling up of vacant positions in Supreme Court, High Courts and District and Subordinate Courts:

However, filling up of vacancies in Subordinate judiciary falls within the domain of the State Governments and High Courts concerned, the Minister added.