Owner's Risk Clause Will Not Exempt Hotel From Liability For Theft Of A Vehicle Given For Valet Parking: SC [Read Judgment] 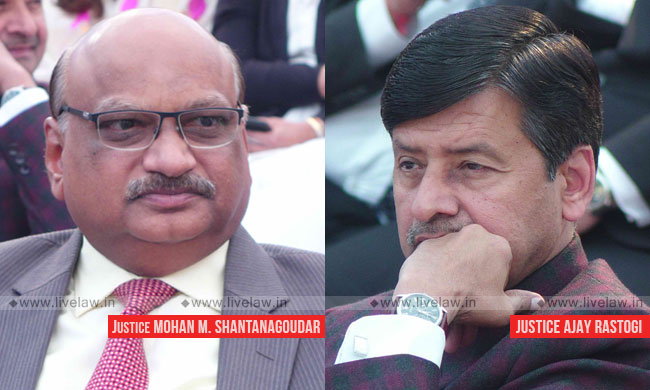 x
"The hotel-owner cannot contract out of liability for its negligence or that of its servants in respect of a vehicle of its guest in any circumstance. "

In an important judgment in the realm of Contract laws, the Supreme Court has observed that, in a case of theft of a vehicle given for valet parking, the hotel cannot claim exemption from liability by contending that it was due to acts of third parties beyond their control, or that they are protected by an 'owner's risk' clause.In this case [Taj Mahal Hotel vs. United India Insurance...

In an important judgment in the realm of Contract laws, the Supreme Court has observed that, in a case of theft of a vehicle given for valet parking, the hotel cannot claim exemption from liability by contending that it was due to acts of third parties beyond their control, or that they are protected by an 'owner's risk' clause.

In this case [Taj Mahal Hotel vs. United India Insurance Company Ltd.], the National Consumer Commission, applying the principle of strict liability, held that, once the guest presents the car keys to the valet and possession of the car is transferred from the guest to the hotel, a relationship of bailment is established. Applying the principle of infra hospitium, it held that the liability of a hotel cannot be precluded by a printed notice on the parking tag disclaiming liability.

Rule of Infra Hospitium and Rule Of Prima Facie Negligence

Referring to various foreign judgments, the bench noted that some states of USA continue to apply the strict rule of insurance liability to an innkeeper with respect to goods kept infra Hospitium. Many other States have attempted to balance the interests of hotel owners and guests by adopting the relatively moderate prima facie liability rule, it added. Explaining the prima facie negligence rule, the bench said:

"Where a contract of bailment can be said to exist, the mere failure to deliver the vehicle, or its redelivery in a damaged condition, constitutes a prima facie case against the bailee (hotel owner). He must then bring forth evidence to show that the loss was not caused by his negligence."

The bench observed that, keeping in view the change in socio-economic conditions in India, we do not think it proper to impose a standard of strict liability upon hotel owners. It observed thus:

Due to the growing population and the parallel economic expansion in the country, hotels and similar establishments are much more accessible to the public than they may have been a few decades ago. Hotels have also launched diversified services to keep up with changing times and to meet growing competition from alternate hospitality ventures. Hence, a person may frequent hotels for limited periods of time for purposes other than residing as a guest in the rooms. For example, a person may visit a hotel for business meetings, conferences, weddings, dinner outings, and so on. In all such situations, if the hotel is made strictly liable for the safety of vehicles of these persons without proof of negligence on its part, it may lead to grave injustice. Given the growing number of visitors, hotels cannot be expected to maintain surveillance of each and every vehicle parked on their premises at all times.

At the same time, it is true that persons visiting hotels and parking their cars in their premises or under valet parking, cannot be left at the mercy of hotel owners. It is essential to balance the interests of hotel owners and guests, and we find that the prima facie liability rule strikes this balance without placing undue burden on either of the parties. The fact that guests are already protected by virtue of insurance of their vehicles tips the scale in favour of adopting a relatively moderate approach. Thus, given that the prima facie liability rule is premised on the existence of a bailment relationship, in cases where such a relationship is found to exist between the hotel and its guest, the rule should be applied in respect of vehicles so bailed to the hotel.

Observing thus, the bench observed that the strict liability rule under common law is a relic of the past and should not be given effect in the Indian context and therefore held that the National Commission erred in adopting the common law rule without justifying its choice or without noting the well-recognised exception in respect of the vehicles of guests.

The court held that in a situation where the hotel actively undertakes to park the vehicle for the owner, keep it in safe custody and return it upon presentation of a parking slip in a manner such that the parking of the vehicle is beyond the control of the owner, a contract of bailment exists. Referring to provisions of the Contract Act, it said:

"It is clear that in a scenario where possession of the vehicle is handed over to a hotel employee for valet parking, it can be said that 'delivery' of the vehicle has been made for the purposes of Section 148 and 149. Consequently, a relationship of bailment is created. The parking token so handed over to the bailor is evidence of a contract, by which the bailee (hotel) undertakes to park the car and return it in a suitable condition when the vehicle owner so directs."

Another question considered by the bench was whether the bailee can contractually exclude liability for his negligence or that of his servants? In this regard, the bench said:

The bench summarized the principles as follows:

(i) the hotel-owner cannot contract out of liability for its negligence or that of its servants in respect of a vehicle of its guest in any circumstance. Once possession of the vehicle is handed to the hotel staff or valet, there is an implied contractual obligation to return the vehicle in a safe condition upon the direction of the owner.
(ii) Even where there is a general or specific exemption clause, there remains a prima facie burden of proof on the hotel to explain that any loss or damage caused to the vehicles parked was not on account of its negligence or want of care per Sections 151 and 152 of the Contract Act. It is only after this burden of proof is discharged that the exemption clause can come into force. The burden of proving that such loss or damage was covered by the exemption clause will also be on the hotel

Applying the rule of prima facie negligence, the bench said that the hotel has not explained why its failure to return the vehicle to complainant was not on account of fault or negligence on its part. Thus, liability should be affixed on the hotel due to want of the requisite care towards the car bailed to it, held the court while dismissing the appeal.