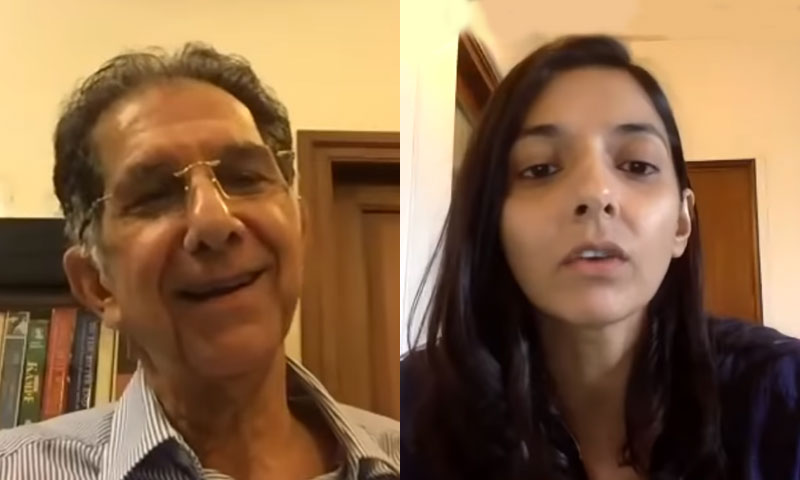 Fair trials in cases of rape and sexual assaults are most often derailed by subjective moral judgments rooted in patriarchal notions about the "ideal woman", said Navroz H. Seervai, Senior Advocate at the Bombay High Court, at a webinar organized by LiveLaw on the topic "Patriarchy, Misogyny & Sexual Assault: Women and the Courts".Moderated by Advocate at Bombay High...

Fair trials in cases of rape and sexual assaults are most often derailed by subjective moral judgments rooted in patriarchal notions about the "ideal woman",  said Navroz H. Seervai, Senior Advocate at the Bombay High Court, at a webinar organized by LiveLaw on the topic "Patriarchy, Misogyny & Sexual Assault: Women and the Courts".

Moderated by Advocate at Bombay High Court, Gulnar Mistry, the webinar shed light on a string of judgments which had been rendered by various High Courts as well as the Supreme Court which cast aspersions on the character of a woman while deciding cases involving sexual assault or sexual harassment.

"Through this conversation we will learn how patriarchal notions manifest themselves in cases of sexual assault and rapes, and we will see how this affects a woman's Constitutional rights", Mistry said at the outset, outlining the scope of the discussion.

Before delving into the topic, Mistry addressed concerns raised by some about a man holding a discussion on the topic. She said she rejected the idea that women's issues were solely for women to discuss.

"For too long, the difficult problems we have come to call 'women's issues' have been addressed largely by women. Anyone who is right thinking, fair minded, and who believes in making a better system and a better world, should be a part of the conversation. It is time that men started actively talking about systemic problems that women have been talking about for years. Not because a man's voice will give women's issues any legitimacy, but because it is important to address these issues through every conceivable avenue."

Mistry contextualized the session with a reference to the recent Karnataka High Court judgement in Rakesh v. State of Karnataka wherein the learned Judge had allowed the pre-arrest bail application of the rape accused while noting the "unbecoming" conduct of an alleged rape victim who had slept after being "ravished". Though the comments had later been expunged after widespread criticism, they betrayed the patriarchal idea of how a woman should behave.

Mistry referred to the case of Raja v. State of Karnataka (2016) where the Supreme Court held that the victim's conduct was unlike a victim of rape, and betrayed submissive and consensual disposition; she was also accustomed to sexual intercourse. Similar observations had been made by the Delhi High Court in the Mahmood Farooquiv. GNCTD case of 2017(which was later approved by the SC).

"Rape is the only crime where a victim's past behavior, her actions during a crime and her reaction to it are all key factors. This is by no means an Indian problem", she said.

Adjudication of rape trials are consistent with "rape myths" and "patriarchal ideas about how a woman views her self-worth", she added.

In response to a question regarding the troublesome nature of value judgments, Seervai noted:

"I think these value judgments and notions of gender are at the heart of the entire problem. With a deeply patriarchal judicial system judging women, this can be broken down into 4-5 areas and all of them are highly problematic. Judgments, despite legislative amendments in 2003 and 2013, betray patriarchal and moralistic values."

Seervai noted that prior intimacy and familiarity with the accused is used by judges to invariably somehow disbelieve a victim, even in the face of overwhelming evidence. This is higher when the victim has had prior consensual sexual relations.

"This patriarchal male-oriented notion of a woman's right to her body and sexual autonomy vitiate the case."

With reference to the Raja case, Seervai stated that it was a particularly egregious case wherein the Supreme Court reversed the findings of the High Court by not only completely disregarding the legislative amendments post the Nirbhaya case, but by making a point to hold it against the victim that she was acquainted with the accused and did not mention it.

Seervai also mentioned the case of Vikas Garg before the Punjab & Haryana High Court which involved a young student at OP Jindal University, Sonipat, who had been repeatedly raped by multiple fellow students as well as subjected to sexual blackmail. It was noted that the outrageous notions of consent had been used to belittle the victim, while the Court's heart bled for the rapists – "young men with bright future; it is a travesty if these young (male) minds rot in jails".

On the topic of the Rakesh case, Seervai observed that the consumption of alcohol by a woman was enough for the judge to discount an accusation of rape and assault.

"It's as if when a woman drinks, she deserves what she gets. You can almost hear they judge subliminally say, 'Who asked her to drink?" Drinking is a male reserve and if a woman steers into this reserve, she cannot blame a man and loses her protection."

Seervai continued, "Equally ill-founded is the assumption that if a woman has alcohol with a man and then has sex with him, it has to be consensual. You find this in multiple judgments. Consumption of alcohol by victim is held against them."

In this context, Seervai made an observation that the woman, from accusing men, becomes the accused herself, and this discloses the patriarchy, misogyny and the hypocrisy of the whole system.

Another anomaly highlighted by him was the tendency of the Courts to hold that a charge of rape can only be corroborated if there are injuries on the woman's body to emphasize absence of consent.

"This is despite a Proviso to Section 375. In all the judgments that I have recounted, it is held against each of the victims that there are no injuries on her body."

If we take honor out of the equation, rape will still be horrible, but it will be a personal, and not a societal horror. We will be able to give women who have been assaulted what they truly need: not a load of rubbish about how they should feel guilty or ashamed, but empathy for going through a terrible trauma."

Seervai closed the question with reference to the case of State of Punjab v. Ram Singh wherein the Supreme Court had asserted that previous sexual experience was irrelevant, thereby following the 2003 Amendment (deletion of Section 155(4) of the Indian Evidence Act), and that the only question to consider was – did the accuse commit rape on the victim on the occasion complained of?

Mistry then remarked on the notion of an "ideal woman" which opened the whole chestnut about how a woman should behaved while being sexually assaulted; they must leave sings of physical and mental trauma.

"Women who demonstrate these signs are seen as more credible; either fight back or have a more restrained response. That's pretty amazing because not every woman responds to a certain circumstance in the same way and yet you have these boxes that must be checked if you are to be believed. It is particularly problematic when women are expected to physically fight back and resist; this could lead to more grievous harm and possibly death."

In response to a question regarding whether the prescriptive standards applied to the plausibility of a woman's accusation undermine and subvert the judicial process, and its effect on women's Constitutional rights, Seervai stated that there was nothing more startling than how judges ignored the deletion of Section 155(4) of IEA which brought up the question of a prosecutrix's character.

"I have never read a judgement referred to an accused rapist or convicted rapist as a person with loose morals or of easy virtue. I wondered if it shows the mentality of judges exhibiting male superiority. The law, as it stands, makes serious inroads in a woman's Constitutional rights, specially under Articles 14 and 21. It affects her right to live; where she works, how she dresses, what drinks she consumes, her sexual and social relations are impinged".

In this context, Seervai referred to an article published in 1993 in UPenn Law Review titled "Read Her Lips: An Argument for Verbal Consent Standard in Rape".

"Always take "no" for an answer. Always stop when asked to stop. Never assume "no" means "yes". If her lips tell you "no" but there is "yes" in her eyes, keep in mind that her words, not her eyes, will appear in the court transcript", the article had stated.

He said that the Amendments as well as the suggestions enumerated in the Justice Verma Committee report were of no avail, if the mindset of the judges did not change.

"Educating and sensitizing judges, as well as the police, cannot be undervalued. It's not enough to get a good judgement from the Supreme Court, laying down the law. Civil society must ensure that it is complied with."

He said that the value judgments in rape cases arose from a mindset which was not valuing the individuality and autonomy of a woman.

"Value judgments which we discussed before stem from one overarching concept – An Indian woman's life and her worth as a free, autonomous, independent human being, is not concerned of value in Indian society, certainly not as much as a man."

For the proof of sexual consent, Seervai suggested the adoption of the model of Canadian law.

The Canadian code defines sexual consent as "the voluntary agreement of complainant to engage in the sexual activity in question".

More important, Seervai added, the law clearly states that no consent is obtained where the accused induces the complainant to engage in the sexual activity by abusing a position of power, trust or authority. The defendant's mistaken belief that there is consent is not a defence, where :

(a) the belief of the accused arose from a state of self-induced intoxication; or

(b) reckless or willful bluntness;

(c)accused did not take reasonable steps in the circumstances known to the acussed at the time of the offence to ascertain if the complainant was consenting.

Seervai commented that that judgments like Farooqui would not have happened if such a "comprehensive" definition of consent was there.

He reminded that the Justice Verma committee had strongly recommended the deletion of Exception 2 of Section 375 of the IPC on the ground that the exception to husband from the offence of rape was "rooted in antiquated times when wife was considered a property and that such a provision has no place in the 21s century".

Verma Committee suggested included an explanation to Section 375 that "consent will not be presumed in the event of existing marital relationship between the complainant and the accused".

Despite that, the "utterly obnoxious" provision is still there in the statute, Seervai lamented.

Even in the third decade of the 21st century, wives in India continue to suffer rapes by husband without recourse to law, he said.