Pegasus- All You Want To Know About Supreme Court Appointed Committee-Members, Terms Of Reference, Procedure 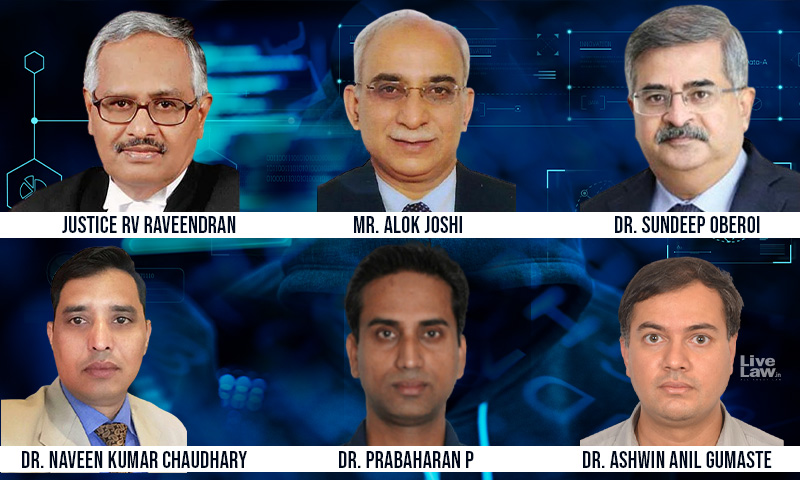 The Supreme Court ordered the constitution of an independent expert committee to look into the allegations of widespread and targeted surveillance of politicians, journalists, activist etc using the Pegasus spyware.Compelling Circumstances To Appoint Expert committeeThe CJI NV Ramana led bench declined the Centre's plea to allow them to appoint an Expert Committee for the...

The Supreme Court ordered the constitution of an independent expert committee to look into the allegations of widespread and targeted surveillance of politicians, journalists, activist etc using the Pegasus spyware.

The CJI NV Ramana led bench declined the Centre's plea to allow them to appoint an Expert Committee for the purposes of investigating the allegations. The court said it is appointing an Expert Committee in view of the following  compelling circumstances:

i. Right to privacy and freedom of speech are alleged to be impacted, which needs to be examined.
ii. The entire citizenry is affected by such allegations due to the potential chilling effect.
iii. No clear stand taken by the Union of India regarding actions taken by it.
iv. Seriousness accorded to the allegations by foreign countries and involvement of foreign parties.
v. Possibility that some foreign authority, agency or private entity is involved in placing citizens of this country under surveillance.
vi. Allegations that the Union or State Governments are party to the rights' deprivations of the citizens.
vii. Limitation under writ jurisdiction to delve into factual aspects. For instance, even the question of usage of the technology on citizens, which is the jurisdictional fact, is disputed and requires further factual examination

The court constituted three member technical committee which will be overseen by Justice R.V. Raveendran, former Judge, Supreme Court of India, who will be assisted by the following persons

i. Mr. Alok Joshi, former IPS officer (1976 batch) who has immense and diverse investigative experience and technical knowledge. He has worked as the Joint Director, Intelligence Bureau, the Secretary(R), Research and Analysis Wing and Chairman, National Technical Research Organisation.

ii. Dr. Sundeep Oberoi, Chairman, ISO/IEC JTC1 SC7 (International Organisation of Standardisation/ International Electro­Technical Commission/Joint Technical Committee), a sub­committee which develops and facilitates standards within the field of software products and systems. Dr. Oberoi is also a part of the Advisory Board of Cyber Security Education and Research Centre at Indraprastha Institute of Information Technology, Delhi. He is globally recognized as a cyber security expert.

iii. Dr. Ashwin Anil Gumaste, Institute Chair Associate Professor (Computer Science and Engineering), Indian Institute of Technology, Bombay, Maharashtra. He has been granted 20 US patents and has published over 150 papers and authored 3 books in his field. He has received several National awards including the Vikram Sarabhai Research Award (2012) and Shanti Swarup Bhatnagar Prize for Science and Technology (2018). He has also held the position of Visiting Scientist at the Massachusetts Institute of Technology, USA

A. To enquire, investigate and determine:

i. Whether the Pegasus suite of spyware was used on phones or other devices of the citizens of India to access stored data, eavesdrop on conversations, intercept information and/or for any other purposes not explicitly stated herein?
ii. The details of the victims and/or persons affected by such a spyware attack.
iii. What steps/actions have been taken by the Respondent­Union of India after reports were published in the year 2019 about hacking of WhatsApp accounts of Indian citizens, using the Pegasus suite of spyware.
iv. Whether any Pegasus suite of spyware was acquired by the Respondent ­Union of India, or any State Government, or any central or state agency for use against the citizens of India?
v. If any governmental agency has used the Pegasus suite of spyware on the citizens of this country, under what law, rule, guideline, protocol or lawful procedure was such deployment made?
vi. If any domestic entity/person has used the spyware on the citizens of this country, then is such a use authorised?
vii. Any other matter or aspect which may be connected, ancillary or incidental to the above terms of reference, which the Committee may deem fit and proper to investigate.

B. To make recommendations:

i. Regarding enactment or amendment to existing law and procedures surrounding surveillance and for  securing improved right to privacy.
ii. Regarding enhancing and improving the cyber security of the nation and its assets.
iii. To ensure prevention of invasion of citizens' right to privacy, otherwise than in accordance with law, by State and/or non­State entities through such spywares.
iv. Regarding the establishment of a mechanism for citizens to raise grievances on suspicion of illegal surveillance of their devices.
v. Regarding the setting up of a well­equipped independent premier agency to investigate cyber security vulnerabilities, for threat assessment relating to cyberattacks and to investigate instances of cyberattacks in the country.
vi. Regarding any ad­hoc arrangement that may be made by this Court as an interim measure for the protection of citizen's rights, pending filling up of lacunae by the Parliament. vii. On any other ancillary matter that the Committee may deem fit and proper.

The court said that. rather than relying upon any Government agencies,  the Committee was constituted by itself and shortlisted expert members based on biodatas and information collected independently. "Some of the candidates politely declined this assignment, while others had some conflict of interest. With our best intentions and efforts, we have shortlisted and chosen the most renowned experts available to be a part of the Committee.", the court said.

Procedure of the Committee

1) The Committee constituted by this Order is authorised to ­: (a) devise its own procedure to effectively implement and answer the Terms of Reference; (b) hold such enquiry or investigation as it deems fit;and (c) take statements of any person in connection with the enquiry and call for the records of any authority or individual.
(2) Justice R. V. Raveendran, former Judge, Supreme Court of India will oversee the functioning of the Committee with respect to the methodology to be adopted, procedure to be followed, enquiry and investigation that is carried out and preparation of the report.
(3) The learned overseeing Judge is at liberty to take the assistance of any serving or retired officer(s), legal expert(s) or technical expert(s) in discharge of his functions.
(4) We request the learned overseeing Judge to fix the honorarium of the members of the Committee in consultation with them, which shall be paid by the Respondent­Union of India immediately.
(5) The Respondent­Union of India and all the State Governments, as well as agencies/authorities under them, are directed to extend full facilities, including providing support with respect to infrastructure needs, manpower, finances, or any other matter as may be required by the Committee or the overseeing former Judge to effectively and expeditiously carry out the task assigned to them by this Court.
(6) Mr. Virender Kumar Bansal, Officer on Special Duty/ Registrar, Supreme Court of India, is directed to coordinate between the Committee, the learned overseeing Judge and the Central/State Governments to facilitate communication and ensure smooth functioning and expeditious response to, and implementation of, requests made by the Committee, the learned overseeing Judge or those named in paragraph 59 above, tasked to assist him

Listing the case after eight weeks, the court requested the Committee to prepare the report after a thorough inquiry and place before it expeditiously.