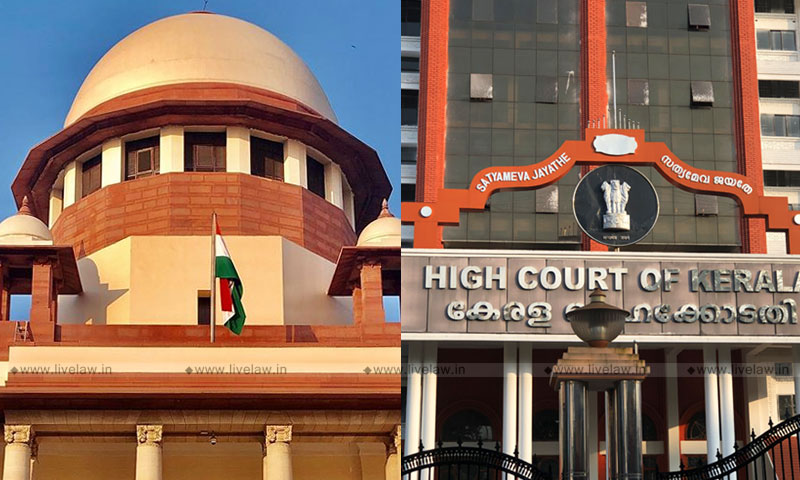 The Supreme Court on Friday directed the Solicitor General to seek instructions from the Kerala High Court in a plea seeking quashing of Notice by the High Court, which mandates re-commencement of physical filings of applications/petitions, except bail pleas w.e.f. July 6 and for physical appearances except before Single Judges.A bench of Justices Ashok Bhushan, SK Kaul & MR Shah,...

The Supreme Court on Friday directed the Solicitor General to seek instructions from the Kerala High Court in a plea seeking quashing of Notice by the High Court, which mandates re-commencement of physical filings of applications/petitions, except bail pleas w.e.f. July 6 and for physical appearances except before Single Judges.

A bench of Justices Ashok Bhushan, SK Kaul & MR Shah, though initially was not inclined to entertain the plea and asked the Petitioner to approach the Kerala High Court, it subsequently took note of the Counsel's submission that the mandate could not be effectuated in light of the Coronavirus-induced situation.

Advocate Natasha Dalmia for Petitioner: "There is containment zone around HC, physically impossible to go before Court in such a situation. Many lawyers are staying in Trivandrum, which is undergoing triple lockdown for a week. Impossible to head to Court"

The plea has been filed by PG Aravind and invokes Article 32 of the Constitution citing various issues including exposure to the Virus and other constraints such as declaration of various zones as "containment areas", lack of accessibility to logistical means such as printing, binding of paper books as well as travel restrictions due to the pandemic situation. In light of this, the petitioner seeks quashing of the notification which mandates physical filing(s) and appearances.

"As is known, the Coronavirus can spread this way from contaminated sufaces and in case even one Registry person unfortunately gets infected, all court personnel who may come in contact stand to get infected..... Considering even the perspective of the lawyers who have to arrange for such physical filing, it is essential to consider that various areas having been declared containment zones making process of printing, binding of paper books etc. impossible. Not only is it difficult for lawyers and clerks to travel due to lockdown restrictions, it is also challenging to make such arrangements especially since a considerable number of litigants have limited access to printers" - Excerpt of Plea

Further to this, the plea cites the example of various high courts and tribunals across the country that have steered in the direction of conducting hearings only via Video Conferencing and e-filings, owing to the reported cases amongst registry members, clerical staff and others.

"In view of the increasing number of covid-19 cases in the state of Kerala, the imposition of physical filing by litigants increases the risk of more people inclusive of the court staff being implemented... Owing to the reported cases amongst registry members, clerical staff or others, these forums have all been compelled to restrict operations and continue with e-filing only. lt is only natural that if physica filing is mandated, members of the registry, court staff as well as the Hon'ble Judges themselves shall be coming into contact with such document" - Plea States

The petitioner also contends that the time is ripe for onset of Community Transmission in the State of Kerala as it is currently battling the growing pace of the number of Covid-19 cases within its territory. Total cases within the state has increased to 4,465 as of 3 July 2020, which is nine times more than the 499 reported cases in May, 2020. Thus, it becomes extremely important to enforce measures of social distancing, he states.

Assailing the notice in terms of directions for time-slot available for physical filings, the plea highlights that 10AM to 1 PM being the mandated time for filings will "only result in crowding of court clerks, advocates and litigants" and there is not safety measure which has been undertaken within the court premises to curb this.

Pointing to Devika Biswas v. Union of India, the plea states that the Right to life as guaranteed under Article 21 of the Constitution of India includes the facet of right to health and hence all actions by state instrumentalities must protect such right.

The petitioner also says that the notice is arbitrary and does not satisfy the "intelligible differentia" and rational nexus under Article 14 of the Constitution while mandating physical filings for one class of litigants and excluding bail applicants,