Plea In SC Challenges Presidential Order On Jammu and Kashmir 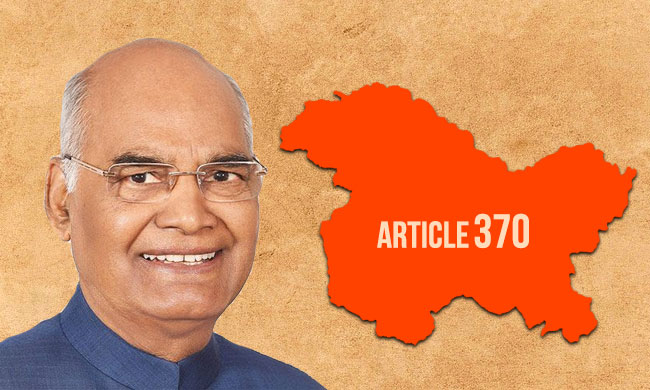 He has stated that the said Presidential Order, which has the effect of scrapping the special status of the state of J&K, is unconstitutional and that the government should have taken the parliamentary route instead. The petition also states that Article 370 cannot be nullified by exercising powers under Article 370 itself and hence the Order is ultra vires.

The aforementioned Presidential Order was passed on August 5, 2019, to supersede the Constitution (Application to Jammu and Kashmir) Order, 1954. It states that all the provisions of the Constitution of India shall apply to J&K and the words "Constituent Assembly of the State" in Article 370 shall be substituted by the words "Legislative Assembly of the State". This move is seen in the light of bringing the state of J&K under direct control of the central government.

He is likely to mention this petition tomorrow for urgent hearing.