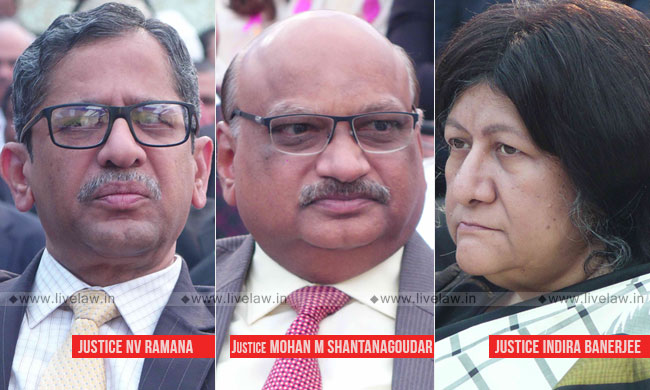 x
"This Court cautions against utilization of this dicta as a ruse to escape the gallows by pleading such defense even if such aliment is not of grave severity."

The Supreme Court has held that post conviction mental illness will be a mitigating factor while considering appeals of death convicts. The bench comprising Justice NV Ramana, Justice Mohan M. Shantanagoudar and Justice Indira Banerjee commuted death penalty of a person convicted of rape and murder of two minor girls. The accused was convicted and sentenced to death by the Trial...

The Supreme Court has held that post conviction mental illness will be a mitigating factor while considering appeals of death convicts.

The accused was convicted and sentenced to death by the Trial Court in 2001. The High Court confirmed the death sentence. The Supreme Court in November, 2008, dismissed his appeal. Review petitions were also dismissed by circulation. Later, invoking the judgment in Mohd. Arif @ Ashfaq v. The Registrar, Supreme Court of India, he filed petition seeking reopening of review petitions.

Two issues were raised in the Review petition. One is that the Trial Court had not given him a separate hearing while awarding the sentence, in direct contravention of Section 235(2) of the Code of Criminal procedure which provides for the right of pre-sentencing hearing. The counsel for the accused also contended that the execution of persons suffering from mental illness or insanity violates Article 21 of the Indian Constitution and that such mental illness or insanity would be a supervening circumstance meriting commutation of the death sentence to life imprisonment.

Regarding the first issue, the bench observed that as long as the spirit and purpose of Section 235(2) is met, inasmuch as the accused is afforded a real and effective opportunity to plead his case with respect to sentencing, whether simply by way of oral submissions or by also bringing pertinent material on record, there is no bar on the pre-sentencing hearing taking place on the same day as the pre-conviction hearing. Depending on the facts and circumstances, a separate date may be required for hearing on sentence, but it is equally permissible to argue on the question of sentence on the same day if the parties wish to do so, the bench added.

The bench also considered in detail the question whether post conviction mental illness can be considered a mitigating factor to commute the death penalty. The bench observed:

"Considering that India has taken an obligation at an international forum to not punish mental patients with cruel and unusual punishments, it would be necessary for this Court to provide for a test wherein only extreme cases of convicts being mentally ill are not executed. Moreover, this Court cautions against utilization of this dicta as a ruse to escape the gallows by pleading such defense even if such aliment is not of grave severity."

The bench issued these directives:

In this case, the bench noted that the reports of psychiatrist suggested that the accused has been reeling under bouts of some form of mental irritability since 1994. Commuting the sentence to life imprisonment sans remission, the bench also directed the state to his case under the provisions of the Mental Healthcare Act, 2017 and if found entitled.