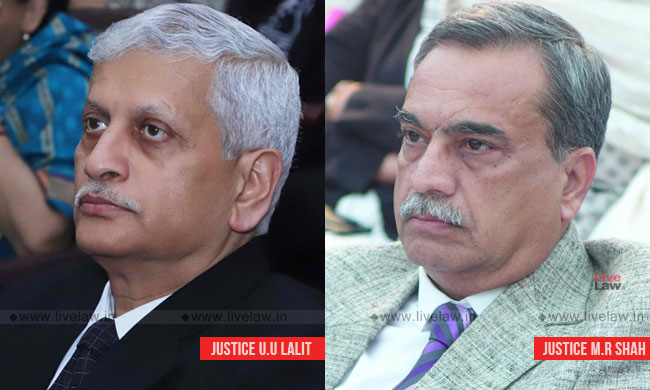 x
"The High Court was absolutely right in holding that Section 22 of the Act would operate in respect of succession to agricultural lands in the State."
Your free access to Live Law has expired
To read the article, get a premium account.

The Supreme Court has held that the preferential right given to an heir of a Hindu under Section 22 of the Hindu Succession Act is applicable even if the property in question is an agricultural land.

The substantial question of law before the Himachal Pradesh High Court in a second appeal was whether Section 22 of the Hindu Succession Act excludes interest in agricultural land of an intestate and the preferential right over "immovable property" as envisaged in the said provision is confined only to business and such immovable property which does not include the agricultural land? The High Court had held that Section 22 does not exclude interest in agricultural land and that the heir has preferential right over such land. This judgement was impugned before the Apex court in Babu Ram vs. Santokh Singh.

Section 22 provides that when an interest in any immovable property of an intestate devolves upon two or more heirs, and any one of such heirs proposes to transfer his or her interest in the property or business, the other heirs shall have a preferential right to acquire the interest proposed to be transferred.

The bench comprising Justice Uday Umesh Lalit and Justice MR Shah noted that the matter relating to succession to an interest in agricultural lands is occupied only by Section 22 of the Hindu Succession Act insofar as State of Himachal Pradesh is concerned. It also observed that, with the deletion of Section 4(2) of the Act, now there is no exception to the applicability of Section 22 of the Act. The Section 4(2), which provided that provisions of the Act would not apply in cases inter alia of devolution of tenancy rights in respect of agricultural holdings, stands repealed.

The bench then considered the issue whether the preferential right could be enjoyed by one or more of the heir, even if provisions of Section 22 would apply in respect of succession to agricultural lands. The court said that if the source of title or interest in agricultural land of heirs, is purely through the succession conferred by the provisions of the Act, the manner in which said right can be exercised has also been specified in the very same legislation. The bench said:

"When the Parliament thought of conferring the rights of succession in respect of various properties including agricultural holdings, it put a qualification on the right to transfer to an outsider and gave preferential rights to the other heirs with a designed object. Under the Shastrik Law, the interest of a coparcener would devolve by principles of survivorship to which an exception was made by virtue of Section 6 of the Act. If the conditions stipulated in Section 6 were satisfied, the devolution of such interest of the deceased would not go by survivorship but in accordance with the provisions of the Act. Since the right itself in certain cases was created for the first time by the provisions of the Act, it was thought fit to put a qualification so that the properties belonging to the family would be held within the family, to the extent possible and no outsider would easily be planted in the family properties. In our view, it is with this objective that a preferential right was conferred upon the remaining heirs, in case any of the heirs was desirous of transferring his interest in the property that he received by way of succession under the Act."

The bench also over-ruled decisions of the High court that had held otherwise. By way of an illustration, the bench explained, how right of pre-emption would work