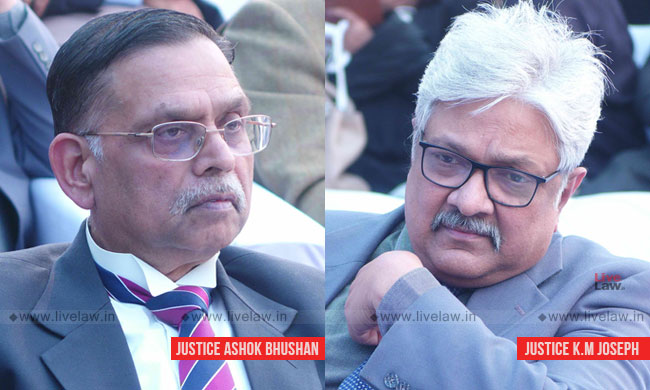 "We having come to the conclusion that appellant being not a public servant removable from his office saved by or with the sanction of the Government, sanction under Section 197 Cr.P.C. was not applicable. "

The Supreme Court has observed that a public servant working in a nationalized bank cannot claim benefit of Sanction under Section 197 of the Criminal Procedure Code.

To hold thus, the bench comprising Justice Ashok Bhushan and Justice KM Joseph relied on a 1987 judgment of the Supreme Court in K.CH. Prasad Vs. J. Vanalatha Devi.

In the present case (SK Miglani vs. State NCT of Delhi), the accused has been working at the relevant time as Manager in Bank of Baroda, Faridabad Branch. The High Court had upheld the Magistrate order which held that the Section 197 CrPC is not attracted since he has not satisfied the court that he was public servant not removable from his office saved by or with the sanction of the Government.

Upholding the orders of Magistrate and the High court, the bench observed:

"The High Court in its impugned judgment has not adverted to the above aspect and has only confined to the discussion as to whether acts alleged of the appellant were in discharge of official duty. High Court also had relied on judgment of this Court in Parkash Singh Badal (supra). We having come to the conclusion that appellant being not a public servant removable from his office saved by or with the sanction of the Government, sanction under Section 197 Cr.P.C. was not applicable. The appellant cannot claim protection under Section 197 Cr.P.C. We are of the view that examination of further question as to whether appellant was acting or purporting to act in the discharge of his official duty was not required to be gone into, when he did not fulfill conditions for applicability of Section 197(1) Cr.P.C."

The court, however, deleted the observation made by the Magistrate that the accused has committed forgery. The Magistrate, at any stage prior to final trial, is to avoid any conclusive opinion regarding any evidence collected during investigation.