Breaking: Qutab Minar Is Not A Place Of Worship, Existing Status Can't Be Altered: ASI Opposes Plea For Restoration Of Alleged Temples 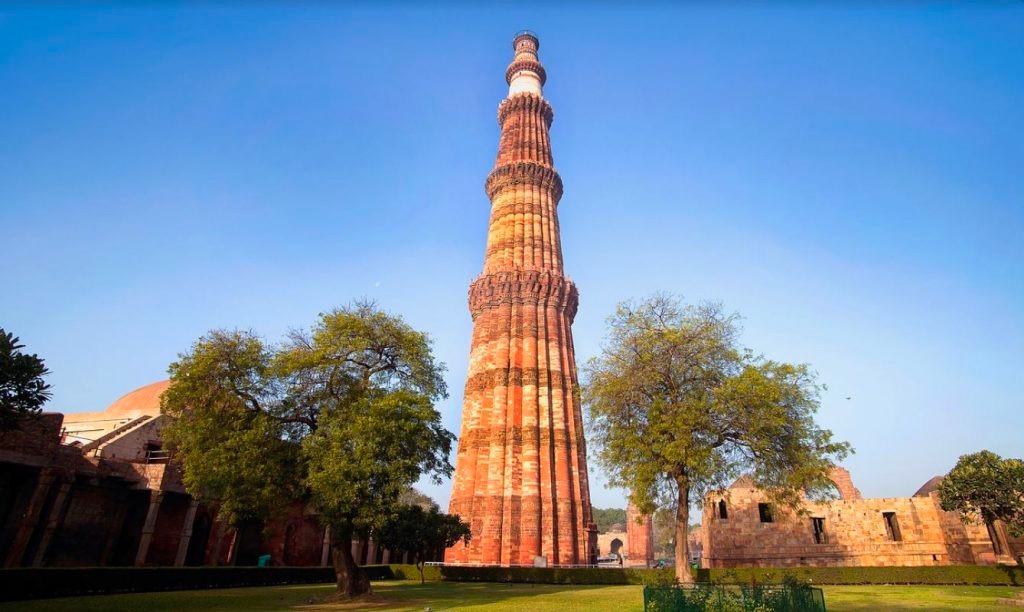 In response to an appeal preferred before the Saket District Court in Delhi seeking restoration of 27 temples that were allegedly destructed to construct the Qutub Minar complex, the Archaeological Survey of India has stated that the existing status of the monument cannot be altered.

While admitting that there are a number of sculptures existing within the Qutab Minar Complex, the statutory body has stated that since 1914, Qutub Minar monument is a protected monument under Section 3(3) of the Ancient Monuments Preservation Act, 1904 and it is being maintained 'in-situ' is the same condition.

Further, there is no provision under AMASR Act 1958 under which Worship can be started at any living monument.

As per ASI, it will be contrary to the provisions of the AMASR Act, 1958 to agree to the contention of any person claiming a fundamental right to worship in this centrally protected monument.

"Fundamental right cannot be availed in violation of any status of the land. The basic principle of protection /conservation is not to allow starting of any new practice in a monument declared and notified as a protected one under the Act. Revival of worship is not allowed wherever it is not practiced at the time of protection of a monument."

The development ensued in an appeal preferred on behalf of Jain deity Tirthankar Lord Rishabh Dev through next friend Hari Shankar Jain against an order of a Civil Judge, dismissing the suit alleging that the Quwwat-Ul-Islam Masjid situated within the Qutub Minar Complex in Mehrauli was built in place of a temple complex thereby seeking restoration of the temple complex comprising of as many as 27 temples.

The ASI has submitted that although, Pooja, Worship and maintenance of property can be done in accordance with the 'provision contained in section 14,16 and 17 of the AMASR Act, but the said sections are in different context.

-Section 14 is related to Maintenance of certain protected monuments

-Section 16 is connected with the Protection of place of worship from misuse, pollution or desecration.

- Section 16 (1) mentions that a protected monument maintained by the Central Government under this Act which is a place of worship or shrine shall not be used for any purpose inconsistence with the character.

"But Qutab Minar is not a place of worship and since the time of its protection by the Central Government, Qutab Minar or any part of Qutab Minar was not under worship by any community," the reply states.

Significantly, the ASI admits that architectural members and images of Hindu and Jain deities are re-used in the construction of the Qutab complex.

"This is very clear from the inscription in the complex which is open to public viewing. The Persian inscription at the Quwwat-ul-islam mosque clearly states that the cloisters were erected with carved columns and Oo other architectural members from 27 temples (butkhana)."

It further states that when the complex was constructed, material was used in a haphazard manner resulting in images being erected upside down at some places.

The reply adds that whereas Lord Ganesha is worshiped by a large number of Hindus, but in view of the provisions of the AMASR Act, the ASI is restrained from interfering with its position in any manner.

Thus, it is urged that the suit be dismissed.