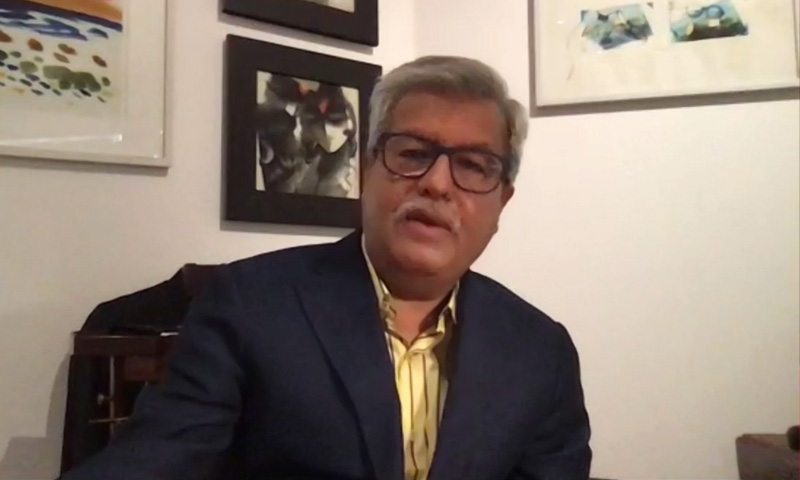 As a safeguard against custodial violence, Dushyant Dave, Senior Advocate and President of Supreme Court Bar Association, suggested the shortening of the 24 hours time for production of accused before Magistrate. "24 hours time for production before Magistrate can be made shorter in these days of technological development. Accused can be now produced within a few minutes", he said.He...

As a safeguard against custodial violence, Dushyant Dave, Senior Advocate and President of Supreme Court Bar Association, suggested the shortening of the 24 hours time for production of accused before Magistrate.

"24 hours time for production before Magistrate can be made shorter in these days of technological development. Accused can be now produced within a few minutes", he said.

He was speaking at a webinar on the topic "Law on Custodial Violence", organized by Advocate J Ravindran, Madras High Court.

Starting the session by addressing in Tamil "Vanakkam"(welcome), Dave said,

"The state does not have the right to take anyone's life without following the due process of law. This is bestowed upon the beautiful document called the Constitution of India".

Mr. Dave first reflected upon the horrific custodial killing of Jeyaraj and Bennicks in Tamil Nadu, subsequently pointing out the existing legal implications of Custodial Torture in India - the Indian Evidence Act and international obligations that India is signatory to, specifically the Torture Declaration adopted by the United Nations on December 9, 1975.

The Senior Advocate stated that in light of the above, it is incumbent upon the State to formulate a legislation that subscribes to the tenets of International stipulations against Custodial torture, which unfortunately never bore fruit.

Dave: In 2017, a bill was introduced for this purpose and the matter came before the SC by former union Minister Ashwini Kumar on account of death of GN Sai. Ultimately this was dismissed, stating that the law commission was looking into it.  AG Mr. KK Venugopal had assured the top Court that he Law Commission was adequately looking into this.

On that note, he stated that the Legislature, Executive and Judiciary must find a way to curb the extra judicial killings, which run into 100's every year. This, he said can be done if Section 102 of the Evidence Act is so interpreted, so as to include the cases of custodial violence under the ambit of "rarest of rare". These police officers must be brought to justice, he said.

Highlighting that a nexus indeed exists between Criminals, Cops & Politicians, without which it would be impossible for Criminals to prosper, at least to the extent that they currently do, Dave added that the "Unholy Alliance" runs across political parties and agendas. These unholy alliances outnumber the good offices and the good cops and good politicians that are also very much in existence and part of our society, he said.

Virtual breakdown of Rule of Law is a reality at this point in time, Dave insisted and added that the scar of this nexus runs so deeply in the precipice of our society that as adherents of a civil society, we must take it upon ourselves that it is broken and done away with.

Dave:  In every society, there are different types of people. Many are unable to defend themselves and state does not step in to do so. We as a civil society must take it upon ourselves and ensure that this nexus is broken as fast as possible.

Reflecting upon the recent extra-judicial killing of Vikas Dubey, the infamous gangster in Kanpur, Mr. Dave said that the turn of events which resulted in his death was rejoiced by many, some channels even. "These channels should be stripped off their licence" he said. However, they would not be, because they are supporting the current ruling party, said Dave, adding that those channels and forums criticizing the judicial killings were labelled "anti-national".

"Compare this with what happened in the USA, when George Floyd was killed. The entire nation stood up against his killing as one voice" Dave said.

Delving to the systematic killings of minorities in 1984 (Anti-Sikh Riots) and 2002 (Gujarat Riots), he said that these were nothing short of extra-judicial killings either and these happened due to this unholy alliance as aforementioned as well. Sadly though, he said, many people justified these tragic courses of events, said Dave, where in fact, these should have been shunned. He also added that the Riots happened primarily due to a failure on part of the Police.

Highlighting that many media houses engage in selective coverage of only those incidents of torture that take place in urban areas, Mr. Dave said that huge number cases of torture against the downtrodden in specific continue to foster as they miss our eye.

"We all know what happened in Madhya Pradesh recently. How the Dalit man was tortured", Dave added.

Creating a mechanism to train an recruit officials in the police who are well-suited as constables is something important, said Dave and stated that the concept of Right to Life is alien to many officials at the grass root level.

The Senior Advocate further added that an overwhelming majority of India continues to remain downtrodden and caste is a huge facet in the lives of many. This, he said needs to be addressed. He said,

"We need dedicated teachers, sociologists, human rights activists and lawyers who will stand up for these people"

Crony Capitalism needs to be weeded out, Dave said and indigenous people need to be given a voice with a stronghold system of legal aid, which in his view was failing.

Dave: Biggest failure is National Legal Aid Service. Legal Aid Committee's do not engage good lawyers. People do not get good representation. I've not got a single case from the SC legal aid committee in 3 decades - only 1 or two cases. I'll be more than happy to appear for them.

Further, he said that the Constitution should be of paramount importance to everyone and must be as important as any other holy bool - The Gita, Quran, Bible or Guru Granth Sahib. "Everyone in public life must worship it. I can assure you many Police officers would not know what Article 21 is" Dave said.

Lastly, Dave touched upon the duty of State to curb Naxalism by assuring fringe and extreme elements that justice will be served to them - instill Rule of Law.

Touching upon the importance of instilling a fear of Rule Of Law in every person and official in the police, he added that deterrence must be effectuated by imposing severe punishments for carrying out extra-judicial killings.

This is a crux of Senior Advocate Dushyant Dave's address at an e-Seminar organised by Advocate J. Ravindran's Office  on the Topic "Law of Custodial Violence" on Saturday in which Dave was the keynote Speaker.