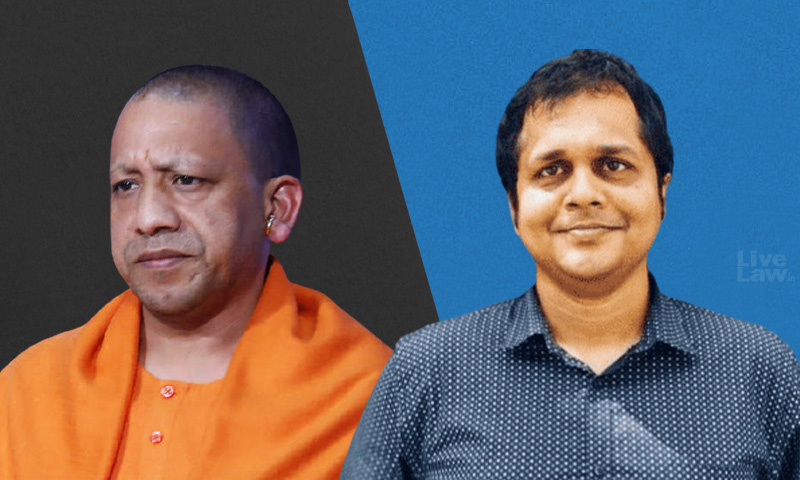 Activist Saket Gokhale has moved the Allahabad High Court seeking to restrain UP Government from taking coercive action against such persons who appeal for Oxygen supply and other medical assistance on social media. He also seeks protection of independent volunteers who are helping Covid-19 patients and their families by collecting information on oxygen and medicine availability on...

Activist Saket Gokhale has moved the Allahabad High Court seeking to restrain UP Government from taking coercive action against such persons who appeal for Oxygen supply and other medical assistance on social media.

He also seeks protection of independent volunteers who are helping Covid-19 patients and their families by collecting information on oxygen and medicine availability on social media platforms including Facebook, Twitter, Instagram, Whatsapp.

"Filing criminal cases against families of critical patients issuing SOS calls for oxygen on social media is a gross misuse of the powers of the state and is illegal coercive action that is being taken to "maintain the image of the government" and to clamp down on any criticism of their handling of the Covid-19 pandemic and to present a fake picture that everything is hunky dory in the state," the pela states.

Gokhale avers that the Amethi Police in UP recently booked a boy under various provisions of IPC for "spreading false information". The accused had issued an appeal on Twitter for leads for oxygen availability to save the life of his grandfather who was critical.

This, he argues, takes away the fundamental right to life and liberty under Article 21 and the right to freedom of expression under Article 19 guaranteed to every person in India.

"Threatening families of Covid-19 patients who might be facing an oxygen shortage, which is a matter of life and death, is leading to fear amongst critical Covid-19 patients' families and preventing them from reaching out for help which might save the life of their loved one. There can be no greater and illegal violation by the State (Respondent) in depriving people of their fundamental rights to life as well as free expression on the frivolous grounds that "it portrays a negative impression of the Govt of Uttar Pradesh," the plea states.

UP Chief Minister Yogi Adityanath on Sunday asserted at a virtual press meet that there is no shortage of oxygen in any private or public COVID-19 hospital in the State and that action under National Security Act may be taken against people spreading "rumours" on social media.

Adityanath also issued instructions to high-rank Police officials to "keep a watch" on people spreading rumours, and duly investigate all such incidents to see if the scarcity was reported just to create fear.

Only yesterday, the Allahabad High Court had also taken note of acute shortage of medical Oxygen in the State and had sought a report from the Government on need of both Government and private Covid-hospitals in the State and the working of the oxygen plants.

'No One Should Die For Want Of Oxygen': Allahabad High Court Issues Directions For Uninterrupted Supply

"If even after seven decades of our attaining freedom with so many heavy industries set up, we are not able to provide oxygen to our citizens, it's a matter of shame," the Court has observed.