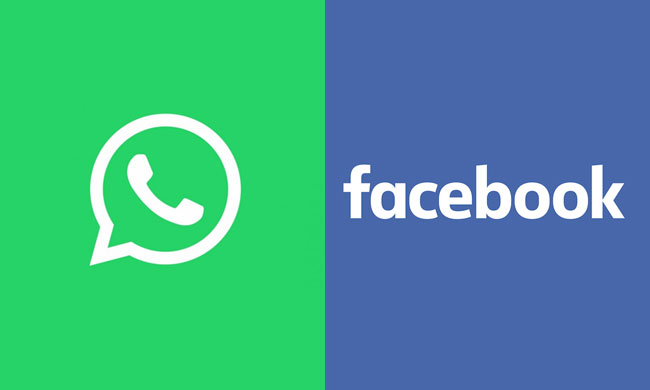 Allowing the petition filed by Facebook Inc, the Supreme Court on Tuesday ordered the transfer of cases pending in the High Courts of Madras, Bombay and Madhya Pradesh seeking the authentication of social media accounts with Aadhaar.The bench comprising Justices Deepak Gupta and Aniruddha Bose has listed the matter for hearing in the first week of January.The Central Government...

Allowing the petition filed by Facebook Inc, the Supreme Court on Tuesday ordered the transfer of cases pending in the High Courts of Madras, Bombay and Madhya Pradesh seeking the authentication of social media accounts with Aadhaar.

The bench comprising Justices Deepak Gupta and Aniruddha Bose has listed the matter for hearing in the first week of January.

The Central Government submitted that it will formulate the new intermediary guidelines before the next hearing date. As per the affidavit filed by Centre, it has sought three months time to finalize the new rules.

"There is already a section on decryption in the IT Act- section 69. There are also elaborate rules. These provisions have not been challenged. So for WhatsApp and Facebook to say it is beyond powers is unacceptable", began Attorney General K. K. Venugopal on Tuesday, appearing for the state of Tamil Nadu.

He took the court through section 69 of the Act of 2000, inserted by an amendment in 2009- that the Central government or a state government may, if deemed necessary, direct any of its agencies to intercept, monitor or decrypt any information generated, transmitted, received or stored in any computer resource.

Indicating sub-section (3) of the said provision, Justice Deepak Gupta observed that "the intermediary or any person in-charge of the computer resource" shall be liable to "extend all facilities and technical assistance" to the government agency, that they cannot refuse to give information but they are not required to decrypt and the government would have to form its own agency to carry out the decryption.

"The liability is to decrypt or to give proper assistance?", wondered Justice Gupta."My brother tells me that in the US, they are sending it to an outside agency to decrypt", added the judge.

"They (WhatsApp and Facebook) can't come into the country, establish a system which is subject to decryption and then say it can't be done, that they can't facilitate decryption...this is a penal offence, a very serious one", contended Mr. Venugopal.

Advocate Aparna Bhat added that "assistance" to be provided by these intermediaries encompasses conversion of the data into an intelligible form.

"It's a door lock. You are daring them to open. They are saying open it yourself. Whether they are obligated to give the key is the question", asked Justice Anirudha Bose.

"They are doing something that requires the police to have access. They will give us their entire computer system. The Tamil Nadu police is looking into instances of sedition, pornography. We don't need technical assistance. Madras IIT professors are saying, 'Give us a chance. We will access'...Your Lordships may just say that they will have to facilitate and leave it at that. We will ensure the rest. When the section says that the intermediary will facilitate access, can Your Lordships say 'no'?", argued the AG.

When Justice Bose inquired about how the happenings from outside of India would be dealt with, and whether the offices of the intermediaries would be approached, the AG reiterated that the court "leave it to us".

Senior Advocate Shyam Divan, for one of the original petitioners- the Internet Freedom Foundation. advanced, "There is a specific challenge to the section, these Rules and the December, 2018 notification. And this is essentially a transfer petition and some SLPs from interlocutory orders...these are momentous issues of freedom. And the Union of India is using the same ploy which it has employed on earlier occasions also. (When Solicitor General Tushar Mehta objected to the use of the term 'ploy', Mr. Divan requested him to be 'less sensitive') For the SC to say something at this stage would be premature. ('Unless we transfer it to ourselves', noted Justice Gupta). But to come to this court and pray that decryption be allowed is not the way to go! Rights of citizens are trampled upon by the orders of the court!"

Even as both the AG and Mr. Divan urged the court to permit the Madras High Court to proceed with the petitions and dismiss the plea for transfer, Senior Advocate Mukul Rohatgi intervened, "These are very, very important matters. Rights of citizens, intermediaries, police and those of the government have to be balanced.There is no question of different High Courts. The AG is appearing as the counsel for Madras and not in the capacity of the AG. These are issues of moment. There is a 9-judge decision on privacy...Rules say only if I have the key, I will give the key. But I don't have it. The Rules don't mandate it. The mandate is not like a hammer that you demand and we give!"

He indicated Rule 13 which discusses the facilities to be provided by the intermediary and clause (g) of Rule 2 which defines 'decryption assistance', emphasising that the access to the encrypted information is to be provided only to the 'extent possible'.

"I am being caught in the middle- between privacy and the lack of information", he sought to suggest. "You are bound to divulge information. You don't have the protection of Article 19(1) as you are not an Indian citizen", remarked Justice Bose. "I am not on my protection, but the clients'", said Mr. Rohatgi.

"There is no 'ploy'! The government does not want to invade privacy. But no intermediary can say that their platform is so secure that it can be used for crime, for terrorism! If something is necessary for sovereignty and in national interest, then privacy has to be balanced!", interjected the SG.

"Terrorists, criminals can't claim privacy! I can't believe it...", agreed the AG, relaying to the court that the Madras Advocate General has communicated the state's lack of objection to the transfer.

It may be noted that the Madras High Court had expanded the scope of the case to explore means to ensure better cooperation between law enforcement agencies and internet intermediaries to detect and prevent cyber crimes. The original prayer for social media-Aadhaar linkage was dropped by the Court.