When Can 'Group Of Companies' Doctrine Be Invoked To Bind Non-Signatory Company To Arbitration? SC Explains [Read Judgment] 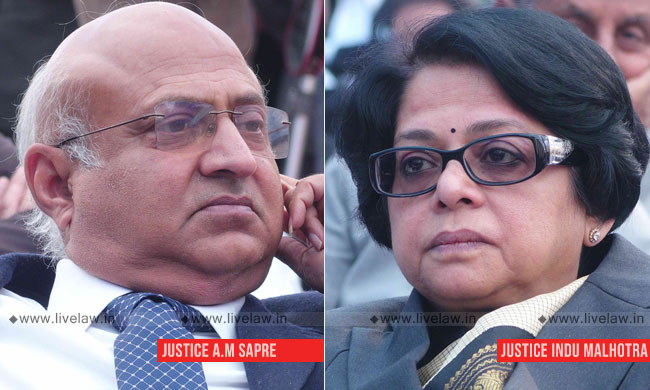 The Supreme court, in a judgment delivered on Thursday, explained the circumstances in which the 'Group of Companies' Doctrine could be invoked to bind the non-signatory affiliate of a parent company to an arbitration?

The bench comprising Justice Abhay Manohar Sapre and Justice Indu Malhotra observed in Mahanagar Telephone Nigam Ltd vs. Canara Bank that the 'Group of Companies' Doctrine could be invoked to bind the non-signatory affiliate of a parent company, or inclusion of a third party to an arbitration, if there is a direct relationship between the party which is a signatory to the arbitration agreement; direct commonality of the subject matter; the composite nature of the transaction between the parties.

The court also added that a 'composite transaction' refers to a transaction which is inter-linked in nature; or, where the performance of the agreement may not be feasible without the aid, execution, and performance of the supplementary or the ancillary agreement, for achieving the common object, and collectively having a bearing on the dispute. It added:

"The Group of Companies Doctrine has also been invoked in cases where there is a tight group structure with strong organizational and financial links, so as to constitute a single economic unit, or a single economic reality. In such a situation, signatory and non-signatories have been bound together under the arbitration agreement. This will apply in particular when the funds of one company are used to financially support or re-structure other members of the group"

CANFINA was set up as a wholly owned subsidiary of Canara Bank and the latter raised dispute in joining the former to Arbitration proceedings initiated to decide its disputes with the MTNL. Invoking the Group of Companies doctrine, the bench ordered to join CANFINA in the arbitration proceedings pending before the Sole Arbitrator.

Concurring with the Judgment authored by Justice Indu Malhotra, Justice Sapre, in his separate opinion, observed:

"As rightly observed by my learned Sister, the undisputed facts brought on record, in clear terms, entitles this Court to invoke the well known doctrine of "Group of Companies" and apply its principle to the facts of this case so as to enable the arbitral tribunal to determine the rights of three parties named above. In my considered view, one cannot dispute the legal proposition the doctrine "Group of Companies" has its application to arbitral proceedings and, in appropriate cases, it can be so applied."

The bench also noted that the Section 7(4)(c) of Arbitration and Conciliation Act provides that there can be an arbitration agreement in the form of exchange of statement of claims and defense, in which the existence of the agreement is asserted by one party, and not denied by the other. In this case, Canara Bank had filed its Statement of Claim before the Arbitrator, and MTNL filed its Reply to the Statement of Claim, and also made a Counter Claim against Canara Bank. The statement of Claim and Defence filed before the Arbitrator would constitute evidence of the existence of an arbitration agreement, which was not denied by the other party, under Section 7(4)(c) of the 1996 Act, the bench added.