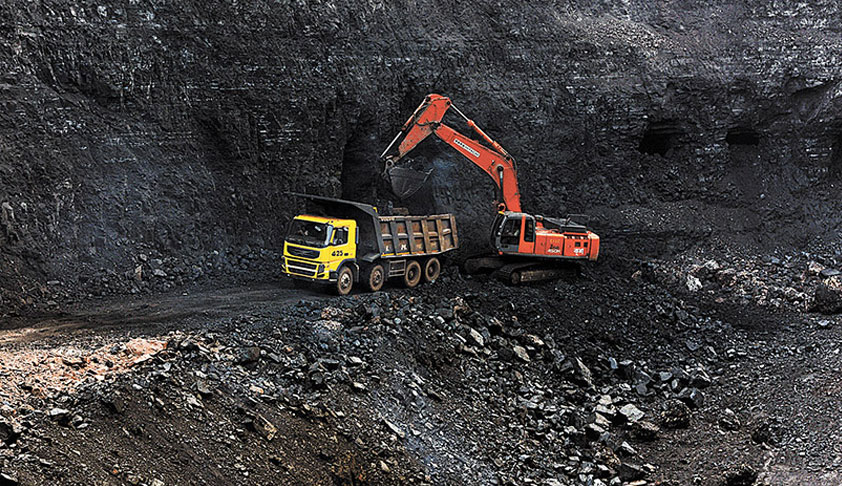 The Supreme Court on Tuesday issued notice in the plea filed by Jharkhand Government against the launch of auction process of coal blocks for purposes of commercial mining by the Prime Minister.A bench of CJI SA Bobde, N Subhash Reddy & AS Bopanna while issuing notice in the matter stated that apart from being inclined to hear the case, it is also inclined to hear the issue on the...

The Supreme Court on Tuesday issued notice in the plea filed by Jharkhand Government against the launch of auction process of coal blocks for purposes of commercial mining by the Prime Minister.

Senior Advocate Fali S Nariman appeared for the Jharkhand Government and asked for an early listing in the case.

The bench went on to list the matter for further consideration after 4 weeks.

The plea filed by Advocate Tapesh Kumar Singh challenges the auctioning process which has been initiated to boost industrial development by aiming at self-sufficient energy resources on the ground that the ongoing pandemic shall subdue legitimate market price. The plea also avers that this would devastate the indigenous tribal populace and lead to exploitation of coal mining activities.

"The need for fair assessment of the social and environmental impact on the huge 'tribal population' and vast tracts of 'Forest lands' of the State and its residents which are likely to be adversely affected.....The negative 'Global Investment Climate' prevailing due to 'Covid-19' which is unlikely to fetch reasonable returns proportionate to the value of the scarce natural resource through the impugned auctions for commercial coal mining" - Extract of Plea

Singh further states in the writ petition that the auctioning process cannot be legally valid as Mineral Laws (Amendment) Act, 2020 creates a "legal vacuum" due to its lapse on May 14, 2020.

Further to this, the petitioner states that section 11 (A)(1) of the Mines and Minerals (Development and Regulation) Act, 1957 allowed participation in competitive bidding for commercial coal mining companies that carry out coal mining operations in India, thus restricting global participation and competition, which was deleted by the Ordinance released on June 11.

Earmarking the need for urgency, the petitioner has highlighted that a day prior to the launching of the formal auctioning process, Jharkhand Government had already challenged the "hasty" decision of before the Supreme Court.

The State has said "whether such a policy flip-flop on a strategically and economically important ingredient of the energy basket of the country, that too within such a short span of time, would boost investors confidence especially when, post Covid 19 scenario, countries are looking away from China and towards India?"

Additionally, the plea questions the basis of the decision of Central Government as to what happened between August 2010, when the Union Cabinet took a decision to allow 100 per cent FDI in coal mining and on March 13, 2020, when the amended Mineral Laws became a temporary law.

State also challenged the move on the pretext that coal bearing States seeking to maximise returns on the scarce natural resource gets diminished due to the foreign competition, which was earlier ruled out by the decision of the Centre itself.