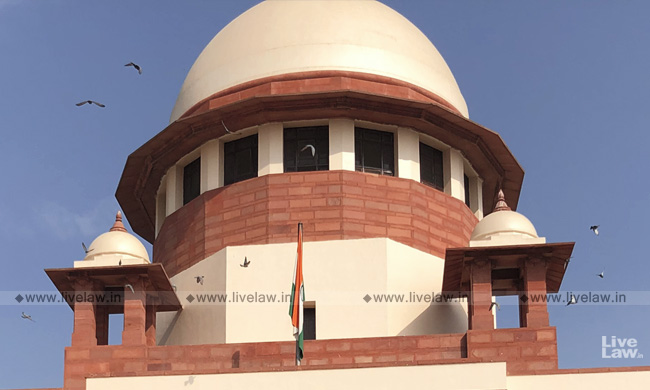 Supreme Court has issued notice in a Public Interest Litigation (PIL) seeking for declaration of the entire animal kingdom, including avian and aquatic species, as "legal entities" having a distinct persona with corresponding rights of a living person.A Bench headed by Chief Justice of India SA Bobde heard the matter and informed the Petitioner (Party in person) that the Court was unlikely...

Supreme Court has issued notice in a Public Interest Litigation (PIL) seeking for declaration of the entire animal kingdom, including avian and aquatic species, as "legal entities" having a distinct persona with corresponding rights of a living person.

A Bench headed by Chief Justice of India SA Bobde heard the matter and informed the Petitioner (Party in person) that the Court was unlikely to allow the prayer on the aspect of legal entities.

However, the Petitioner was directed to place on record the Special Leave Petition from Uttarakhand High Court as the Petitioner had submitted that by deleting the prayer, it would cause prejudice to him in terms of the PIL filed before the HC.

"You want legal entity to the extent that they can sue and be sued? You want to give a personality to them?", asked the CJI.

The Petitioner submitted that various judgments dictated that animals were akin to humans. To this, the CJI responded that they were not equal to humans. "Your dog is equal to you?", asked the CJI.

"Religious texts have been placed on record. They are equal to human beings, lower in strata in evolution. They have feelings, intentions", submitted the Petitioner. He further averred that the situation in India was bad and that animals were being hurt.

At this juncture, the CJI asked the Petitioner about the prayer in the plea. He further noted, "You are talking about an increase in liability. We understand humans should be punished for hurting animals, but we are on the legal entity argument".

The petitioner responded that the situation of animals had to be elevated beyond property as animals were being tortured. CJI then stated that the Court would delete Prayer (a) and issue notice in the matter. However, this was opposed by the petitioner who submitted that it would prejudice his plea filed before the Uttarakhand HC.

In light of the above, the Court issued notice in the matter, while noting that it was unlikely that they would allow the prayer on legal entity.

The PIL is filed aimed at preventing animal cruelty by strengthening animal protection laws in the country.

"Lately, a couple of cases of cruelty towards animals have come to light in the past few months which have raised questions as to how humans have absolutely no respect for animals' lives and how can they can be absolutely devoid of sympathy. Such incidents have further enraged many and made one ponder as to whether the laws in existence are sufficient enough to protect animals from possible abuse and cruelty," the plea states in the backdrop of Kerala's Elephant Tragedy, sale of dog-meat in Nagaland, etc.

It has therefore been urged before the Court to declare all the Citizens of India as "persons in loco parentis" for the protection of animals from cruelty and abuse and to ensure their welfare.

Further, reliance has been placed on the decisions of the Punjab and Haryana High Court in Karnail Singh & Ors v. State of Haryana, and of the Uttarakhand High Court in Narayan Dutt Bhatt v. Union of India & Ors., whereby all animals in the animal kingdom were recognized, as legal entities and all citizens of these states were declared persons in loco parentis (in place of a parent).

The Petitioner has also drawn the Court's attention towards dearth of government data or any public record to track cases of Animal Abuse and Animal Cruelty in India.

"The NCRB reports, for reasons beyond one's imagination, choose not to publish specific data related to crimes against Animals under the Prevention of Cruelty to Animals Act, 1960. Also, NCRB reports do not contain any separate records of statistical data related to crime against Animals under Section 377, 428, 429 of IPC. There is absolutely no mention of any statistical data related to Animal Cruelty in Annual Reports of Ministry of Environment or any other ministry and the only relevant data available with Ministry of Environment," the Petitioner has pointed out.

On this note it has been prayed that the National Crime Records Bureau (NCRB) be directed to report and publish data and statistics relating to animal cruelty/ crimes against animals, including cases reported and convictions ordered thereupon, under various penal statues in the Annual NCRB reports.

Lastly, the Petitioner has expressed grave concerns over probable "sadistic evolution" of perpetrators of animal cruelty, and it is contended that they are very likely to harm humans as well.

"Acts of cruelty to animals are often indicative of a deep mental disturbance and often, animal abusers move on to harming humans. A psychological disorder known as "Zoosadism", where a person derives pleasure from inflicting cruelty to animals, clearly establishes the link between animal abuse and more violent conduct.…In such circumstances, laws that impose a fine of Rupees 50 won't even teach the offender a lesson, let alone prevent others from acting the same way. Such light laws are not only harmful to our society and our animals, it has certain legal implications as well," the Petitioner has asserted.