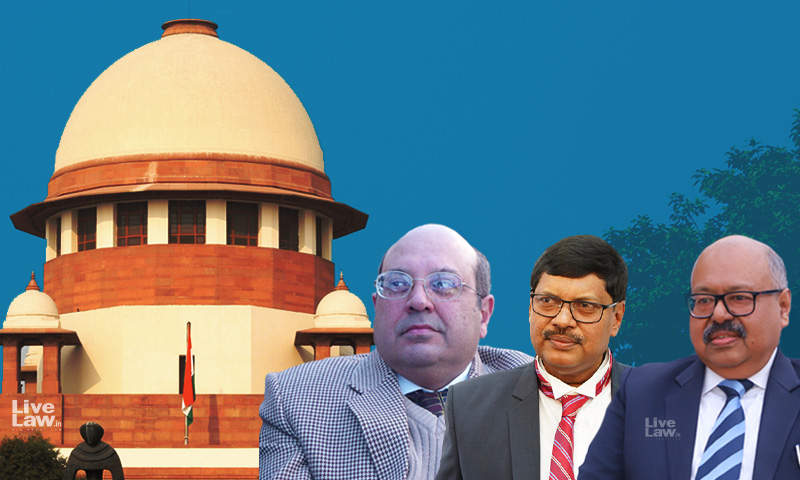 In a significant judgment, the Supreme Court on Friday overruled its 2019 verdict in the case M/s NV International vs State of Assam which had strictly held that a delay of more than 120 days in filing of appeals under Section 37 of the Arbitration and Conciliation Act 1996 cannot be condoned.The Top Court has now held that delay beyond 90, 60 or 30 days for filing appeals under Section...

In a significant judgment, the Supreme Court on Friday overruled its 2019 verdict in the case M/s NV International vs State of Assam which had strictly held that a delay of more than 120 days in filing of appeals under Section 37 of the Arbitration and Conciliation Act 1996 cannot be condoned.

The Top Court has now held that delay beyond 90, 60 or 30 days for filing appeals under Section 37, depending on the forum, can be condoned. But the Court added a rider that such condonation of delay should be an exception and not the norm, having regard to the objective of the Arbitration Act for expeditious settlement of claims.

Section 37 of the Arbitration Act provides appeals against orders under Sections 9, 34, 16 and 17 of the Act. No specific period for filing the appeal is provided under Section 37, unlike Section 34.

In the NV International case, a two judge bench comprising Justices RF Nariman and S Ravindra Bhat imported the time-period given for filing appeal under Section 34(which deals with appeal against arbitration award) to Section 37. As per the time-period given under Section 34(3), the appeal against the arbitration award has to be filed within three months from the date of the award; the section also provided a further grace period of thirty days, upto which delay can be condoned on showing sufficient cause. In other words, the appeal has to be filed within 120(90+30) days.

This time period of 120 days for appeal against arbitration award was applied to appeals against orders under Section 37 in the NV International Case.

The 3-judge took into account the interplay of Commercial Courts Act with the Arbitration Act. Section 13(1) of the Commercial Courts Act says that the appeals should be filed within a period of 60 days, without providing an outer-limit for condonation of delay(unlike Section 34(3). This period will be applicable to arbitration matters above the specified commercial value(above Rupees 3 Lakhs).

Also, the Court noted that the Limitation Act 1963 provides different time-periods for filing of appeals against orders, depending on the forum.

Under Article 116(b), the period is 30 days from the date of the order, if the appeal is to any other Court.

Under Article 117, the period is 30 days, if the appeal is from a High Court to a higher bench of the same court.

The period under Articles 116 and 117 will apply to those arbitration claims below the specified commercial value of Rs 3 lakhs. The Court observed that such arbitration cases will be rare, and most will be governed by the Commercial Courts Act.

First, NV International did not notice the provisions of Commercial Courts Act and hence is per incurium on that count.

Second, as the limitation period for filing of appeals under the Commercial Courts Act is 60 days and not 90 days, the formula of 90 days plus 30 days and not thereafter mentioned in section34(3) of the Arbitration Act cannot now apply.

Third, since Section 13 of the Commercial Court has no provision curtailing the condonation of period of delay beyond a certain point, the "bodily lifting" of Section 34(3) to Section 37 is unwarranted.

The judgment acknowledged the correctness of the arguments made by Advocate Amalpush Shroti in this regard.

"For all these reasons, given the illuminating arguments made in these appeals, we are of the view that N.V. International (supra) has been wrongly decided and is therefore overruled", the Court ruled.

Interestingly, both the judgments are authored by Justice RF Nariman.

To what extent delay can be condoned

Not stopping with the overruling of NV International, the court went a step ahead to deliberate on what could be the maximum extent to which delay can be condoned.

"At one extreme,we have the judgment in N.V. International (supra) which does not allow condonation of delay beyond 30 days, and at the other extreme,we have an open-ended provision in which any amount of delay can be condoned, provided sufficient cause is shown. It is between these two extremes that we have to steer a middle course", the judgment observed.

In this regard, the Court noted that the objective and the intent of the Arbitration Act as well as the Commercial Courts Act were speedy disposal of claims.

"Given the object sought to be achieved under both the Arbitration Act and the Commercial Courts Act, that is, the speedy resolution of disputes, the expression "sufficient cause" is not elastic enough to cover long delays beyond the period provided by the appeal provision itself", the Court said.

The judgment laid down the dictum as follows :

"Given the aforesaid and the object of speedy disposal sought to be achieved both under the Arbitration Act and the Commercial Courts Act, for appeals filed under section 37 of the Arbitration Act that are governed by Articles 116 and 117 of the Limitation Act or section 13(1A) of the Commercial Courts Act, a delay beyond 90 days, 30 days or 60 days, respectively, is to be condoned by way of exception and not by way of rule.

In a fit case in which a party has otherwise acted bona fide and not in a negligent manner, a short delay beyond such period can, in the discretion of the court, be condoned, always bearing in mind that the other side of the picture is that the opposite party may have acquired both in equity and justice, what may now be lost by the first party's inaction, negligence or laches".

The Court also rejected the argument that the uniform period of limitation under Article 137 of the Limitation Act(3 years) should apply to Section 37 as the provision does not expressly specify a limitation period. It said the word "applications" in Article 137 cannot be read as "appeals".

Further, the Court said that even in the rare situations of arbitration cases being lesser than the commercial value of Rs 3 lakh, the object of speedy resolution of disputes would govern appeals covered by Articles 116and 117 of the Limitation Ac

"Even in the rare situation in which an appeal under section 37 ofthe Arbitration Act would be of a specified value less than three lakh rupees, resulting in Article 116 or 117 of the Limitation Act applying,the main object of the Arbitration Act requiring speedy resolution of disputes would be the most important principle to be applied when applications under section 5 of the Limitation Act are filed to condonedelay beyond 90 days and/or 30 days depending upon whether Article116(a) or 116(b) or 117 applies", the judgment stated.