Fulfillment Of International Commitments Cant Be Subject Of Petition Under Art.32:Observes CJI As SC Reserves Jt On PIL For Anti-Torture Law 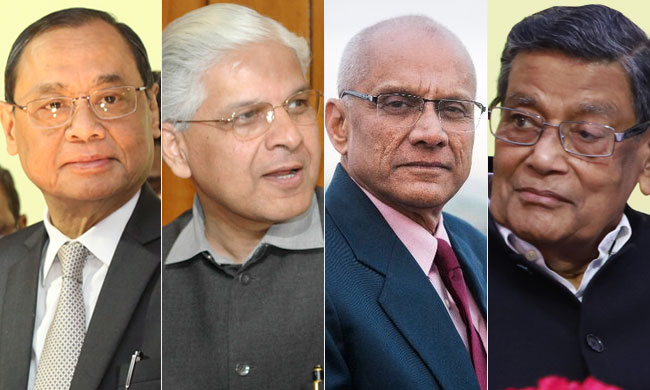 The Supreme Court on Thursday reserved its judgment on former Union Law Minister and Senior Advocate Ashwani Kumar's PIL for an effective and purposeful legislation to check instances of custodial torture. Resuming his submissions, Amicus Curiae Colin Gonsalves repeated that the executive power of the Union under Article 73 to ratify the UN Convention Against Torture is entirely independent...

The Supreme Court on Thursday reserved its judgment on former Union Law Minister and Senior Advocate Ashwani Kumar's PIL for an effective and purposeful legislation to check instances of custodial torture.

Resuming his submissions, Amicus Curiae Colin Gonsalves repeated that the executive power of the Union under Article 73 to ratify the UN Convention Against Torture is entirely independent of the enactment by the Parliament of a stand-alone law on the subject, to implement the said Convention in exercise of its power under Article 253.

He reiterated that after India signed the UNCAT in 1997 (which is an indication of the bonafide intent to ratify it, he added), every year, it has been the country's consistent stand at the human rights review in Geneva that it remains committed to the ratification of the Convention, including taking a unilateral pledge to ratify in the hope of becoming a member of the UN Human Rights Council.

Mr. Gonsalves suggested that upon the ratification of the UNCAT, staying in default by abstaining from enacting a separate, comprehensive legislation may no longer be a viable option for the Union of India.

Also, the ratification would provide a platform to the court to require a special law to be introduced.

Noting that a direction to the government to ratify the UNCAT is not one of the reliefs sought, Chief Justice Ranjan Gogoi observed that the fulfillment of India's international commitments cannot be the subject of the petition under Article 32.

"This court can articulate the need for a law but to issue directions to the government to ratify the Convention and practically mandate the enactment of the law? For a court of law To pass an order and then feel helpless when the government wills not to act accordingly?"

Acknowledging the need for a law, Chief Justice Gogoi weighed in that though the 2010 Bill lapsed, the government has not turned its back on the issue- "they say they are mulling over the opinions of the states and exploring all options. There is also no total aversion to the idea of a law"

In context of the prayer for a direction to the Parliament to introduce a law on the lines of the Prevention of Torture Bill of 2010, the Chief Justice had remarked on Wednesday, "okay, we will issue a writ. Government of India, please fulfill your constitutional promise towards human dignity! Where does it take you? And how would we look to the rest of the world? The Supreme Court of India Issuing directions to the Parliament on the request of a former law minister?"

Further, Attorney General K. K. Venugopal had relayed that, in pursuance of the last order of this court, several states have entered their views, suggesting that a separate law is not necessary and that the existing provisions in the IPC and the Cr. P. C. may be suitably amended.

He had asserted that in view of the State List and the Concurrent List, police, public order, prisons, criminal law and criminal procedure are also within the realms of the state government.

"In a federal set-up, if you are making a law on a subject that is within the states' powers, the states' role is important. The Centre cannot intervene directly but only issue advisories and guidelines...", the AG had averred.

"To direct the Parliament to enact a law like the 2010 Bill would be to infringe its powers...you can't ask the Parliament to do something as that would be beyond your jurisdiction...Give us some time to apply our minds and arrive at a conclusion. Then we would come to the court and Your Lordships may go into the nitty-gritties of what orders may or may not be issued", he had recommended.