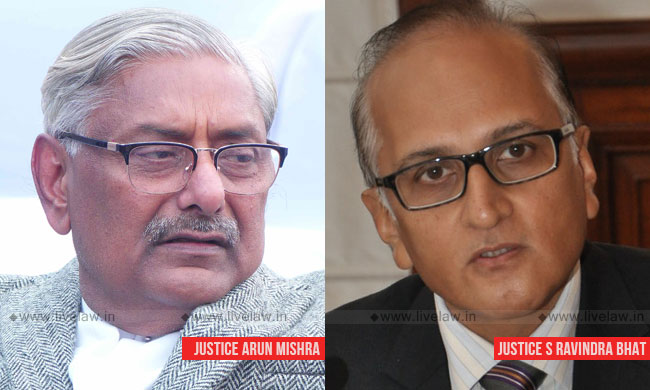 The Supreme Court on Friday set aside an order passed by the National Company Law Appellate Tribunal which held that a dissenting financial creditor cannot be discriminated.

The appellant was aggrieved with the NCLAT's direction to modify the approved resolution plan to increase the claim of Hero Fincorp, which was a dissenting financial creditor.

The resolution applicant submitted that as per Regulation 38(c) of the Insolvency and Bankruptcy Board of India (Insolvency Resolution Process for Corporate Persons) Regulations, 2016 , as it was before its amendment in October 2018, the dissenting financial creditor need only be provided with the liquidation value. The liquidation value of the corporate debtor was Rs 36 crores. Against this, Hero Fincorp was granted Rs 54 crores under the resolution plan. Therefore, the resolution applicant submitted that the plan was fair.

The NCLAT observed that Regulation 38(c) had been held illegal by it in an earlier case on grounds of discrimination. Also, Regulation 38 was amended with effect from October 5, 2018, removing the earlier provision that dissenting financial creditor need be granted only the liquidation value. The NCLT had passed the order on October 5. Therefore, the Appellate Tribunal held that the NCLT should have applied the amended Regulation 38.

"The Regulation 38 do not discriminate between similarly situated secured financial creditors on the ground of dissenting vote, therefore, the successful resolution applicant' cannot take advantage of old regulation 38(1) (c), which was repealed," said the NCLAT ordering the resolution applicant to pay 45% of Hero Fincorp's claims.

Setting aside this order, the Supreme Court observed that the NCLAT could not have applied the amended Regulation 38 to the CIRP which began in January 2017.

"Given that the resolution process began well before the amended regulation came into force (in fact, January, 2017) and the resolution plan was prepared and approved before that event, the wide observations of the NCLAT, requiring the appellant to match the pay­out (offered to other financial creditors) to Hero, was not justified", observed the SC.

The court noticed that the liquidation value of the corporate debtor was ascertained at 36 crores. Against the said amount, the appellant offered 54 crores. The plan was approved and, except the objections of the dissenting creditor (i.e Hero), the plan has attained finality.

"Having regard to these factors and circumstances, it is held that the NCLAT's order and directions were not justified. They are hereby set aside; the order of the NCLT is hereby restored", the SC concluded.