[Reservation]Can Preferential Treatment Be Given To Specific Castes/Tribes Within SC-STs? Constitution Bench To Hear On Feb 11[Read Order] 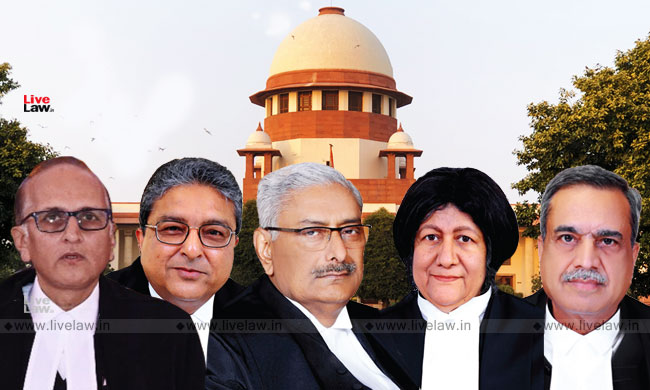 The Constitution Bench of Supreme Court is currently hearing the issue whether any preferential treatment can be given to a specific caste/castes within the Scheduled Castes?

The five judge bench headed by Justice Arun Mishra, on Tuesday, partly heard the reference which raised the following issues:

The case is listed for further hearing, subject to availability of the Bench, on 11.02.2020.

Section 4(5) of the Punjab Scheduled Castes and Backward Classes (Reservation in Services) Act, 2006 provides that fifty per cent of the vacancies of the quota reserved for Scheduled Castes in direct recruitment, shall be offered to Balmikis and Mazhbi Sikhs, if available, as a first preference from amongst the Scheduled Castes. While holding this provision as unconstitutional, the Punjab and Haryana High Court relied on E.V.Chinnaiah v. State of Andhra Pradesh, (2005) 1 SCC 394, wherein it was held that all the castes in the Presidential Order under Article 341(1) of the Constitution formed one class of homogeneous group and the same could not be further sub divided. It was further held therein that any such legislation with reference to Entry 41 of List II or Entry 25 of List III of the Seventh Schedule to the Constitution would be violative of Article 14 of the Constitution.

While striking down a similar Andhra legislation, the Supreme Court had observed thus:

The three judge bench, which heard the appeal filed by the state of Punjab, while referring the case to five judge bench, observed that E.V. Chinnaiah judgment needs to be re-visited.