Findings Of Fact Cannot Be Interfered With In A Second Appeal Unless Findings Are Perverse, Reiterates SC [Read Judgment] 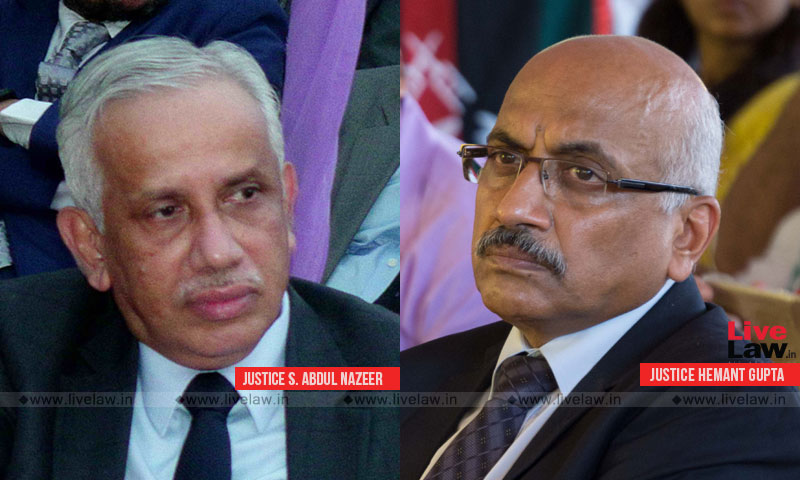 The findings of fact cannot be interfered with in a second appeal unless, the findings are perverse, the Supreme Court has reiterated.

In his suit for partition, the plaintiff claimed that he was minor at the time of death of his father and that his signatures were obtained on a few documents by his brothers and that he was not aware of the contents of the same nor did he execute any document thereof and understood what they were. Only evidence he produced to prove that he was a minor was a School Leaving Certificate. The trial court, while dismissing the suit, did not rely on the date of birth of the plaintiff mentioned in the School Leaving Certificate as the same was not put by the Headmaster of the School and the plaintiff did not examine the Headmaster of the School to prove the contents of the School Leaving Certificate. The First Appellate Court also held that plaintiff was not a minor at the time of execution of release deed and, thus, dismissed the appeal.

The only substantial question framed by the High Court in the second appeal was whether the judgment and decree passed by the courts below suffers from illegality on account of improper consideration of School Leaving Certificate. The High court allowed the second appeal.

Taking note of the facts of the case, the bench of Justice S. Abdul Nazeer and Justice Hemant Gupta, in the appeal filed by defendants, said:

School Leaving Certificate has been produced by the plaintiff and said to be signed by his father. The person who has recorded the date of birth in the School Register or the person who proves the signature of his father in the School Transfer Certificate has not been examined. No official from the School nor any person has proved the signatures of his father on such certificate. Apart from the self-serving statement, there is no evidence to show that the entry of the date of birth was made by the official in-charge, which alone would make it admissible as evidence under Section 35 of the Indian Evidence Act, 1872. However, the High Court has not found any other evidence to prove the truthfulness of the Certificate (Ex.P/1).

While setting aside the High Court judgment, the bench further observed:

"Both the courts, the trial court and the learned First Appellate Court, have examined the School Leaving Certificate and returned a finding that the date of birth does not stand proved from such certificate. May be the High Court could have taken a different view acting as a trial court but once, two courts have returned a finding which is not based upon any misreading of material documents, nor is recorded against any provision of law, and neither can it be said that any judge acting judicially and reasonably could not have reached such a finding, then, the High Court cannot be said to have erred. Resultantly, no substantial question of law arose for consideration before the High Court.