Section 306 IPC [Abetment Of Suicide] Not Attracted Merely Because The Deceased Was Called A 'Call Girl': SC [Read Judgment] 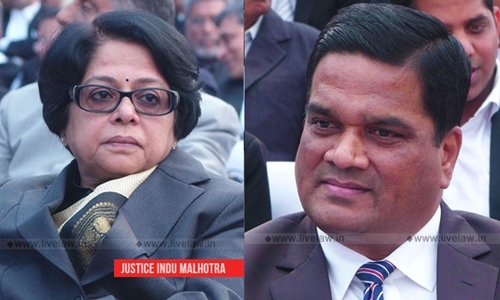 The Supreme Court upheld a High Court order discharging accused who were accused of abetting suicide of a girl.

The allegations made in the complaint are: The accused boy and the deceased girl were in love relationship. When they came to home of the accused to inform the parents of the accused their decision to marry each other, his parents (other accused) refused to approve it and shouted at the girl by terming her a 'call girl'. The girl, on the next day, committed suicide after leaving two suicide notes blaming the accused. She also stated in the note that the accused was a coward for not speaking up when she was insulted by his parents. The application filed by the accused seeking discharge was dismissed by the Trial Court.

The High Court allowed the petition filed by the accused recording a finding that terming the deceased as a call-girl, there was no utterance which can be interpreted to be an act of instigating, goading or solicitation or insinuation, the deceased to commit suicide. The judgment in Swamy Prahaladdas vs. State of M.P was referred to by the high court, wherein it was observed that similar utterances like, "to go and die" does not constitute an offence for abetment.

On appeal, the Apex Court agreed with this view of the High Court and observed that, in this case, there was no goading or solicitation or insinuation by any of the respondents to the victim to commit suicide. The bench comprising Justice Indu Malhotra and Justice R. Subhash Reddy observed:

The bench also referred to the judgment in Ramesh Kumar vs. State of Chhattisgarh in which the court had considered the scope of Section 306 and the ingredients which are essential for abetment as set out in Section 107 IPC. It quoted the following observations made in the judgment

". Instigation is to goad, urge forward, provoke, incite or encourage to do "an act". To satisfy the requirement of instigation though it is not necessary that actual words must be used to that effect or what constitutes instigation must necessarily and specifically be suggestive of the consequence. Yet a reasonable certainty to incite the consequence must be capable of being spelt out. The present one is not a case where the accused had by his acts or omission or by a continued course of conduct created such circumstances that the deceased was left with no other option except to commit suicide in which case an instigation may have been inferred. A word uttered in the fit of anger or emotion without intending the consequences to actually follow cannot be said to be instigation."