Statement Of Accused U/s 313 CrPC Can Be Used As An Aid To Lend Credence To Prosecution Evidence: SC [Read Judgment] 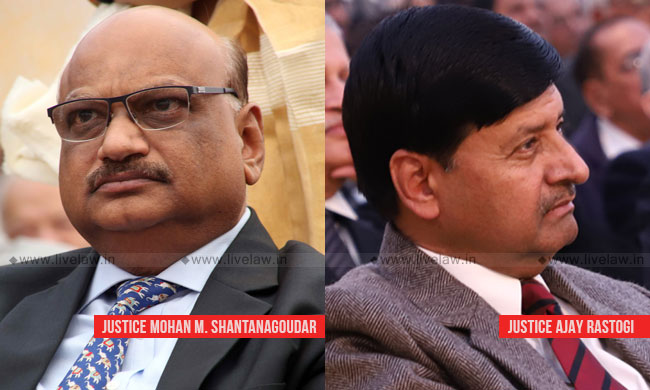 The Supreme Court has observed that a statement made by an accused under Section 313 of the Code of Criminal Procedure can be used as an aid to lend credence to the evidence led by the prosecution.

Referring to Section 106 of Indian Evidence Act, 1872, the bench observed that if a person is last seen with the deceased, he must offer an explanation as to how and when he parted company with the deceased. It said:

In other words, he must furnish an explanation that appears to the Court to be probable and satisfactory, and if he fails to offer such an explanation on the basis of facts within his special knowledge, the burden cast upon him under Section 106 is not discharged. Particularly in cases resting on circumstantial evidence, if the accused fails to offer a reasonable explanation in discharge of the burden placed on him, such failure by itself can provide an additional link in the chain of circumstances proved against him. (Para 11.2)

However, it clarified that the Section 106 does not shift the burden of proof of a criminal trial on the accused. Such burden always rests on the prosecution. Section 106 only lays down the rule that when the accused does not throw any light upon facts which are specially within his/her knowledge and which cannot support any theory or hypothesis compatible with his innocence, the Court can consider his failure to adduce an explanation as an additional link which completes the chain of incriminating circumstances, it said.

With regard to plea of non production of Section 65-B certificate, the bench said that an objection relating to the non-production of a certificate under Section 65-B(4) relates to the mode and method of proof and cannot be raised at the appellate stage. The bench referred to the judgment in Sonu v. State of Haryana, (2017) 8 SCC 570, in this regard.

The court also observed that there is proximity between the time of last seen of the deceased with accused and the time of his death. In this regard, the bench said:

A circumstance of last seen does not, by itself, necessarily lead to an inference that the accused committed the crime. There must be something more that establishes a connection between the accused and the crime. For instance, there may be cases where close proximity between the event of last seen and the factum of death may persuade a rational mind to reach the irresistible conclusion that the last seen of the deceased is material and merits an explanation from