Section 4(5) Of Gratuity Act Applies Only When There Are Options For The Employee Under The Act & Under Contract With Employer : SC 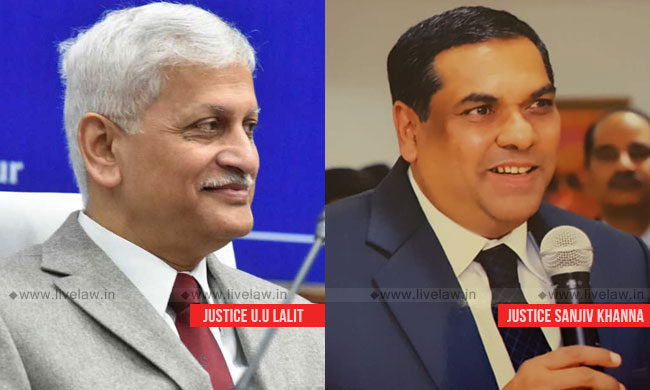 In a notable judgment in the field of gratuity law, the Supreme Court held that Section 4(5) of the Payment of Gratuity Act, 1972 will apply only when there are alternative options for the employee under the Act and under the terms of contract with the employee.The Court also held that the employee must taken either of the packages completely, and there cannot be any "combination" of terms...

In a notable judgment in the field of gratuity law, the Supreme Court held that Section 4(5) of the Payment of Gratuity Act, 1972 will apply only when there are alternative options for the employee under the Act and under the terms of contract with the employee.

The Court also held that the employee must taken either of the packages completely, and there cannot be any "combination" of terms under both the alternatives.

This was in the case BCH Electric Limited vs Pradeep Mehra, where a bench comprising Justices U U Lalit and  Sanjiv Khanna set aside the findings of the Claim Commissioner under the Act, which were approved by the Appellate Authority and also both the Single Bench and the Division Bench of the Delhi High Court.

The issue was whether the employee, Pradeep Mehra, was covered under the gratuity scheme formulated by the company in 1979, or under the terms of the Act.

In 1979, the company had framed a gratuity scheme for those employees who were not covered under the Act.

The company took the stand that he was entitled to gratuity amount of Rs 10 lakhs only, as per the upper limit fixed by Section 4(3) of the Act.

"Nothing in this section shall affect the right of an employee to receive better terms of gratuity under any award or agreement or contract with the employer".

Based on this, the Claim Commissioner ruled that the employee was entitled to the more beneficial terms of the scheme of the company, which had no upper-limit.

Though Company took the matter to the Appellate Authority, and later to the High Court, the ruling of the Claims Commissioner was not disturbed.

In the appeal before SC, C U Singh, Senior Advocate, submitted that the gratuity scheme of the company were meant for those employees who did not come under the ambit of the Act as per their wage-bracket as existed in 1979. Since the respondent was covered under the Act, there was no scope for applying the company's scheme with respect to him. It was therefore submitted that the upper-limit under Section 4(3) of the Act will apply.

It was further submitted that in terms of law laid down by the SC in Beed District Central Cooperative Bank Ltd vs State of Maharashtra (2006) 8 SCC 514 and Union Bank of India and others vs. C.G. Ajay Babu and Another (2018) 9 SCC 529 either the statutory provisions or the contractual scheme can be followed and not a combination of both the elements.

At the outset, the Court noted that the scheme was not meant to apply to the employees who were in the wage bracket of the respondent.

"The Trust Deed and the Scheme were executed and formulated in the year 1979 when the wage-bracket was a definite parameter for an employee to be covered under the Act. The intent of the Trust Deed and the Scheme has to be understood in that perspective. The idea was not to afford to the employees who are covered by the provisions of the Act, a package better than what was made available by the Act, but it was to extend similar benefit to those who would not be covered by the Act", the bench noted.

Therefore, it was not a case where the employee had the alternative options of the contractual scheme and the statutory scheme, as the respondent was not at all covered under the company's scheme.

"...for Section 4(5) to apply there must be two alternatives, one in terms of the Act and one as per the award or agreement or contract with the employer", the bench observed.

Further, referring to Beed District Central Cooperative Bank Ltd, the bench stated that an employee cannot choose a combination of the scheme of the employer and the scheme under the Act.

On these grounds, the SC ruled that the HC was in error in upholding the directions of the Claims Commissioner. The company was held entitled to apply the upper-limit under Section 4(3) against the respondent.