Power U/s 482 CrPC Can Be Exercised To Quash Criminal Proceedings Which Are Ex Facie Bad For Want Of Sanction: SC [Read Judgment] 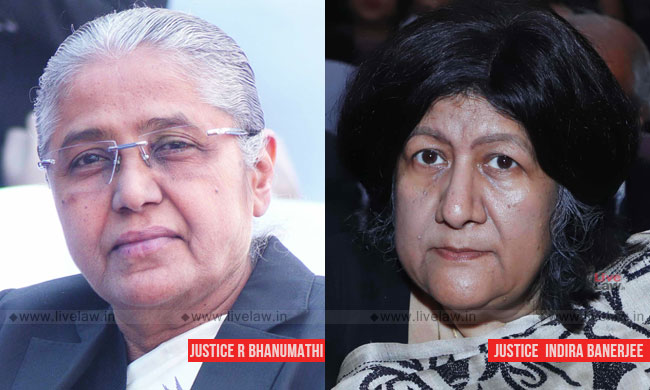 The Supreme Court has observed that the power under Section 482 of Code of Criminal Procedure can be exercised to quash criminal proceedings which are ex facie bad for want of sanction, frivolous or in abuse of process of court.

In this case, the complainant alleged police excesses while he was in custody, in the course of investigation in connection with a Crime. The order of the Metropolitan Magistrate taking cognizance of a private complaint was challenged before the High Court (by filing a petition under Section 482 CrPC  alleging that there was no sanction from the Government to prosecute the accused police officers. Refusing to quash the proceedings, the High Court remitted the complaint back to the Metropolitan Magistrate instead, with liberty to the accused to apply for discharge. This order of the High Court was impugned before the Apex Court.

Perusing the records, the bench comprising of Justices R. Banumathi and Indira Banerjee observed that patently the complaint pertains to an act under colour of duty. Therefore, the Court observed that, sanction was a legal requirement which empowers the Court to take Cognizance and the High Court ought to have exercised its power to quash the complaint instead of remitting the appellant to an application under Section 245 of the Criminal Procedure Code to seek discharge. It observed:

While this Court has, in D.T. Virupakshappa (supra) held that the High Court had erred in not setting aside an order of the Trial Court taking cognizance of a complaint, in exercise of the power under Section 482 of Criminal Procedure Code, in Matajog Dobey (supra) this Court held it is not always necessary that the need for sanction under Section 197 is to be considered as soon as the complaint is lodged and on the allegations contained therein. The complainant may not disclose that the act constituting the offence was done or purported to be done in the discharge of official duty and/or under colour of duty. However the facts subsequently coming 34 to light in course of the trial or upon police or judicial enquiry may establish the necessity for sanction. Thus, whether sanction is necessary or not may have to be determined at any stage of the proceedings... It is well settled that an application under Section 482 of the Criminal Procedure Code is maintainable to quash proceedings which are ex facie bad for want of sanction, frivolous or in abuse of process of court. If, on the face of the complaint, the act alleged appears to have a reasonable relationship with official duty, where the criminal proceeding is apparently prompted by mala fides and instituted with ulterior motive, power under Section 482 of the Criminal Procedure Code would have to be exercised to quash the proceedings, to prevent abuse of process of court.

The bench also reiterated the following settled principles regarding sanction under Section 197 of the Code of Criminal Procedure, read with Section 170 of the Karnataka Police Act.