Secularism Is Against The Idea Of Exclusivism Of One Religion Over Others : Kerala HC [Read Judgment] 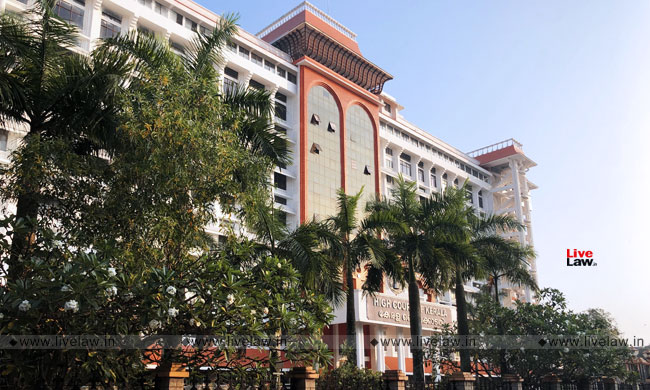 In a notable judgment, the High Court of Kerala has ruled that a private school requiring Government's recognition has no freedom to impart religious instructions of a particular religion in exclusion of other religions. Justice A Muhamed Mustaque traced certain limitations on an educational institution in the matter of religious instructions, even if it was a private,...

In a notable judgment, the High Court of Kerala has ruled that a private school requiring Government's recognition has no freedom to impart religious instructions of a particular religion in exclusion of other religions.

Justice A Muhamed Mustaque traced certain limitations on an educational institution in the matter of religious instructions, even if it was a private, un-aided institution.

The Court was considering a writ petition filed by the management of a school, which was ordered to be closed by the Government after it was found to be functioning without recognition, and to be imparting exclusive religious instructions after admitting students from a particular community alone.

The Court said that schools imparting elementary education were discharging a State function, and were therefore bound by the principles of Secularism.

"private institutions which impart elementary education discharge State function. The test of determination of State action of a private body is the nature of the authority related to the action. If the action emanates from the authority sanctioned by State, such action must satisfy all elements for validity based on constitutional norms", the judgment said at the outset.

The Court then delineated on the concept of secularism.

"Secularism is against the very idea of exclusivism of one religion over others", Justice Mustaque said in the judgment.

The Court observed that the concept of secularism was rooted in ancient India.

Later, taking note of the threats to the pluralistic notion of the country, Parliament expressly included secularism in the Preamble, through the 42nd Constitution Amendment, the Court said.

It was further said :

"The idea of secularism in the Constitution is the result of the acceptance of the character of a pluralist society composed by people having diverse interests. In a pluralist society, people enter into a social contract to live together equally without allowing dominance of any of the constituents over others.

Secularism as envisaged in our Constitution epitomize the shared culture of the past."

Public functionaries have the obligation to shape society based on Constitutional moralities and values.

Public functionaries cannot adopt measures which are repugnant to the basic tenets of Constitution.

The liberty of an individual or the collective freedom available to a group even to denounce multi cultural character is not available to the State or its instrumentalities or public functionaries.

Highlighting the power of the State to regulate matters of public education to preserve secular ideals, the Court observed :

"Although the Constitution protects the liberty of parents to choose the value and type of education, the State has not lost its power to regulate the curriculum of education to ensure guidance in the making of true citizens on the foundation of ideals of Constitution".

The Preambular concept of fraternity can be achieved only through "multi cultural pedagogy".

There needs to be a value based education to promote values of multi cultural societies.

Therefore, the Court said that private educational institutions cannot impart exclusive religious education. However, there can be religious instruction based on religious pluralism after obtaining permission from the government.

The Court also discussed the correlation between minority rights and secularism.

The Court said that the minority rights under Article 30 "do not extend to dilute the secular nature of education". These rights cannot override the basic values of the Constitution.

"This Court had only frowned on the actions of public functionaries, like provider of elementary education constricting the secular nature of education, promoting the religion of one sect in preference to other sects which would ultimately promote sectarian education and deny education to the students belonging to other sects. No elementary schools imparting secular education can promote one religion over others".

It was added that it would be open to any private unaided educational institution to approach the Government for permission to impart religious education or instruction based on  "religious pluralism".