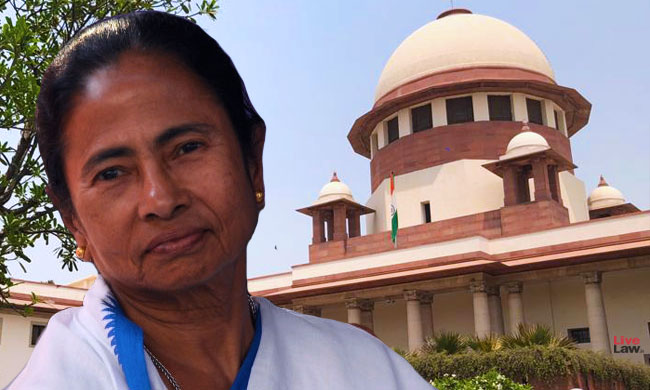 "The detenue shall, however, at the time of release, tender an apology in writing for putting up/sharing the pictures complained of on her Face Book Account. It is made clear that this order is being made in the special 2 facts and circumstances of this case and shall not operate as a precedent".

The order of release, initially being subject to her furnishing a written apology forthwith on her release, was ultimately modified to revoke the condition of the apology.

"The post was deleted even before she was arrested. But the meme is still doing rounds. It is not like she was the only one who shared it. To place her in judicial custody for 14 days for this is a grave infringement of fundamental rights!", urged Senior Advocate N. K. Kaul for Sharma.

"This is not about what is legally wrong. But she is a leader of a contesting political party. Had she been a common citizen, there would have been no problem", observed Justice Sanjiv Khanna.

"Is she willing to apologise?", asked Justice Indira Bannerjee, clarifying that the court is inclined to grant bail.

"This will have a chilling impact on free speech. Just because some people did not appreciate a meme shared, she has to apologise? There have been so many caricatures and cartoons of BJP leaders but no such thing has happened before. Why is she compelled to apologise now? So tomorrow anyone can be arrested for sharing a meme and be forced to apologise for bail? The meme continues to go viral- it is only humour, a political satire", pressed Mr. Kaul.

'Freedom of expression is non-negotiable but it cannot encroach on the rights of another...this is not done...it is wrong to put one's face onto some other person', noted Justice Bannerjee.

'Elections are going on. She is a BJP leader and her post could be perceived otherwise by the opposite side. If it were your leader, you would too be offended...is there any issue in saying sorry? If someone has been hurt by your action, apologising won't bring you down", added Justice Khanna.

However, the bench clarified that bail is not contingent on the tendering of apology and the two issues are not inter-linked.

The court also allowed for the larger question of law concerning the ramifications on the freedom of speech and expression to remain open, issuing notice to the state of West Bengal.