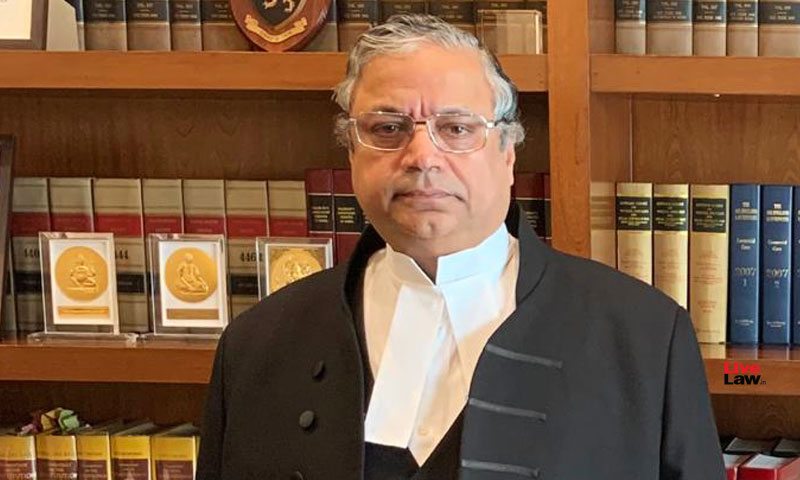 Sitting over collegium recommendations is the "new weapon in the arsenal" of the executive to stall appointments which they find uncomfortable, said Senior Advocate Gopal Subramanium while taking at a webinar. "Without an independent judiciary, the Constitution is nothing but a set of empty promises", he said at a talk on "The Shifting Meanings of the Rule of Law and Judicial Independence...

Sitting over collegium recommendations is the "new weapon in the arsenal" of the executive to stall appointments which they find uncomfortable, said Senior Advocate Gopal Subramanium while taking at a webinar.

"Without an independent judiciary, the Constitution is nothing but a set of empty promises", he said at a talk on "The Shifting Meanings of the Rule of Law and Judicial Independence in the Indian Democracy" on Monday, the 23rd of November.

Subramanium, who had dramatically withdrawn his consent for judgeship in 2014 after the Central Government chose to hold back his appointment out of the four names proposed by the Supreme Court collegium, said :

"The executive has found a new weapon in their arsenal. It could sit on appointments that made it uncomfortable. There was little the judiciary could do".

Gopal Subramanium, who was also the Solicitor-General for India during 2010-2014, commenced the discussion by stating that "rule of law" and "judicial independence" were two ideas that made or unmade nations.

"The purpose of all Constitutions is the certain equation of all human beings as human beings who are capable of exercising fundamental freedoms. Constitution offers recognition of pre-existing identity. We have to see what these two concepts mean in that backdrop."

Referring to former Chief Justice of India M. Patanjali Sastri's words that the Supreme Court was the "sentinel on the qui vive", Subramanium stated that the Chief Justice was talking about a Court which was always awake and always on guard.

He then iterated the importance of a nation's commitment to the rule of law.

"A commitment to the rule of law is not only important for the concept of democracy, but also fundamental to the idea of a civilised state."
Subramanium then explained the trajectory of the rule of law, which stemmed from the times of British India. He referred to the striking down of the earlier reading of the Constitution in the Puttuswamy as well as the "unfortunate" ADM Jabalpur case.

"Judges who participated in ADM Jabalpur were brilliant minds. There was one heroic dissenter. But, the majority ruled on the fallacious idea of the State being altruistic."

Coming to the topic of judicial independence, Subramanium stated that the Constitution rested on the premise that, in its natural state, all individuals were free and equal. However, with complete freedom, came chaos and anarchy, and that was where ordered liberty came in.

Subramanium delineated on how the Indian Constitution was "borrowed" and went on to list the other Constitutions around the world which inspired India's Constituent Assembly, including the principle of separation of powers.

"Without an independent judiciary, a Constitution is nothing but a statement of empty promises. The Constitution foresaw this and laid down the principle of separation of powers."

Subramanium then explained the evolution of how appointments to the Courts were made, right from the First Judges case, Second Judges Case and down to the National Judicial Appointments Commission (NJAC) matter, and how it depended on decisions taken by the Chief Justice of India, in conjunction with the Executive.

He recalled how the process in the Supreme Court was built without any checks and was merely based on the premise that the Executive would keep itself in check.

"It might come as a surprise that in the early years, there was little tension between the Judiciary and the Executive. The President concurred with the recommendations of the Chief Justice", noted Subramanium.

He continued, "The first five Chief Justices of the Supreme Court set the tone of independence, tempered with humility. It led to the institution being a Court of public confidence".

Chronologically referring to the landmark judgements of the Supreme Court in its initial years post-Independence, Subramanium recounted how the tenets of the Constitution remained paramount and the Court promptly struck down the Government's decisions without shying away from showing disdain for the government for tearing through the judgments via Presidential Orders.

Subramanium then noted how tensions between the two pillars of democracy reached its zenith in the Kesavananda Bharati case and how an important convention, the superiority rule, was broken for the first time as Justice AN Ray became the Chief Justice of India after superseding three senior judges of the Top Court.

He then iterated the archetypal oppression of the government being perpetuated by an inactive judiciary, which was evident when suspension of all Fundamental Rights took place during the Emergency which was declared in the 1970s.

On former Attorney-General Niren De, Subramanium said, "He was a formalistic interpreter of the Constitution. Any law officer must never forget the egregiousness of power and oppression that took place during the freedom struggle."

Talking about the duty of Judges, Subramanium said, "We need judges who are alive to the socio-economic problems of its citizens, who are anxious to wipe every tear from every eye. This has to be a broad blueprint for the higher echelons of judicial service."

Subramanium then expressed how the power bestowed on the judiciary was meant to be utilized so that they could stand as a bulwark between the excesses of the Executive and the people, and to ensure that the Constitutional rights of the people were not violated.

He then reiterated the problems afflicting the procedure for appointments in the judiciary – "In the 1990s, a new problem arose. The list of pending matters was increasing by the day. The judicial system was on the verge of collapse. The obvious solution was to appoint more judges. Then came the First Judges case."

Claiming that the Executive had found a new weapon in their arsenal and could now sit on appointments that made it "uncomfortable", Subramanium noted that there was little the Judiciary could do and the issue was meant to be rectified in the First Judges case. Further, the solutions crafted behind the First and Second Judges cases showed no proof of its efficacy and there was no doctrinal support of how the Chief Justice could be trusted to make the right decision.

"This became more difficult as the judicial work increased. Now, the Judges would have to track the careers of the judges to fathom who could be elevated. 70 years on, the appointment of Judges rests on the hope that the Judges will do the right thing."

Subramanium states that the Executive had found a new weapon in their arsenal. It could sit on appointments that made it uncomfortable. There was little the judiciary could do and the appointments issue was to be rectified in the First Judges case.

Subramanium concluded his speech on an optimistic note – "If people fight for Constitutional ideals and demand better, I am hopeful that the future will bring us a more perfect union. Judicial Independence is the lifeblood of constitutionalism."