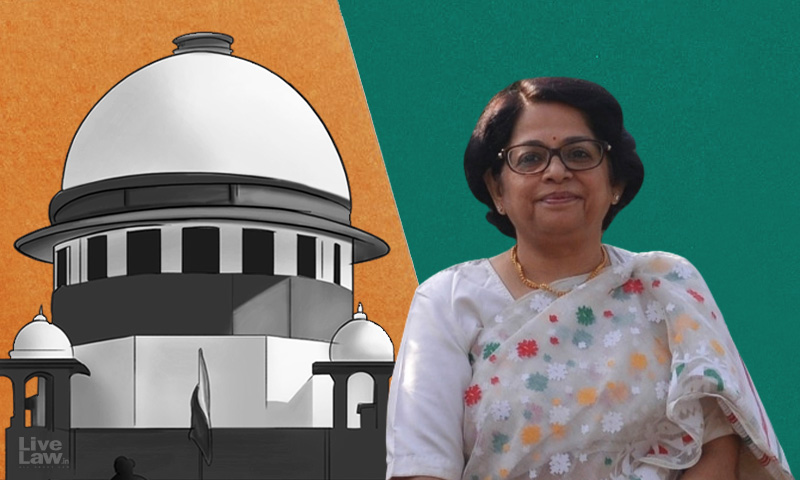 Speaking at the farewell function organized by the Supreme Court Bar Association, Justice Malhotra - the only woman so far to be directly elevated to Supreme Court from the bar -said that "there will be enough women in the judiciary when the distinction between male and female judges no longer exists".

She added that she did not believe in "representation being merely symbolic on the basis of gender".

"We don't want meritless tokenism. I believe in meaningful gender parity and not symbolic parity", Justice Malhotra, who is one among the two women judges the Supreme Court currently has, said.

"Society as a whole benefits immeasurably when gender diversity is found even on the bench", she asserted.

She opined that the biggest challenge women find is to balance work and life, especially during the tenure of child bearing and child rearing.

She added that when she accepted the offer of judgeship in 2018, she felt that the way she conduct herself as a lady judge would pave the way for the direct elevation of many women from the bar.

"When this offer was made, I felt responsible because I felt the way I would conduct myself as a lady judge, it should pave way for more women to be elevated from the Bar".

"I have found Judgeship to be a great learning experience. As a Judge, you are required to learn laws which you haven't in private practice. One learns through companion judges, and submissions of counsels. A judge derives great satisfaction when a long drawn litigation is brought to a close or justice is done to those who are voiceless. All of us appreciate that this institution is far greater than the individuals who compose the Bench", she added.

She recalled that it was an emotionally overwhelming experience when the judgment in the Navtej Johar case, which decriminalized homosexuality, was read out.

"Parties broke down as it(judgment) gave legitimacy to their relationships", she commented about the Section 377 IPC verdict.

She also rued that fact that majority of the cases filed are "speculative in nature", which were a "waste of judicial time".

"There needs to be a system in place to screen petitions", she opined.

"I lay down my office with a great sense of fulfillment and to have served the court which is the last judicial resort", she said in conclusion. 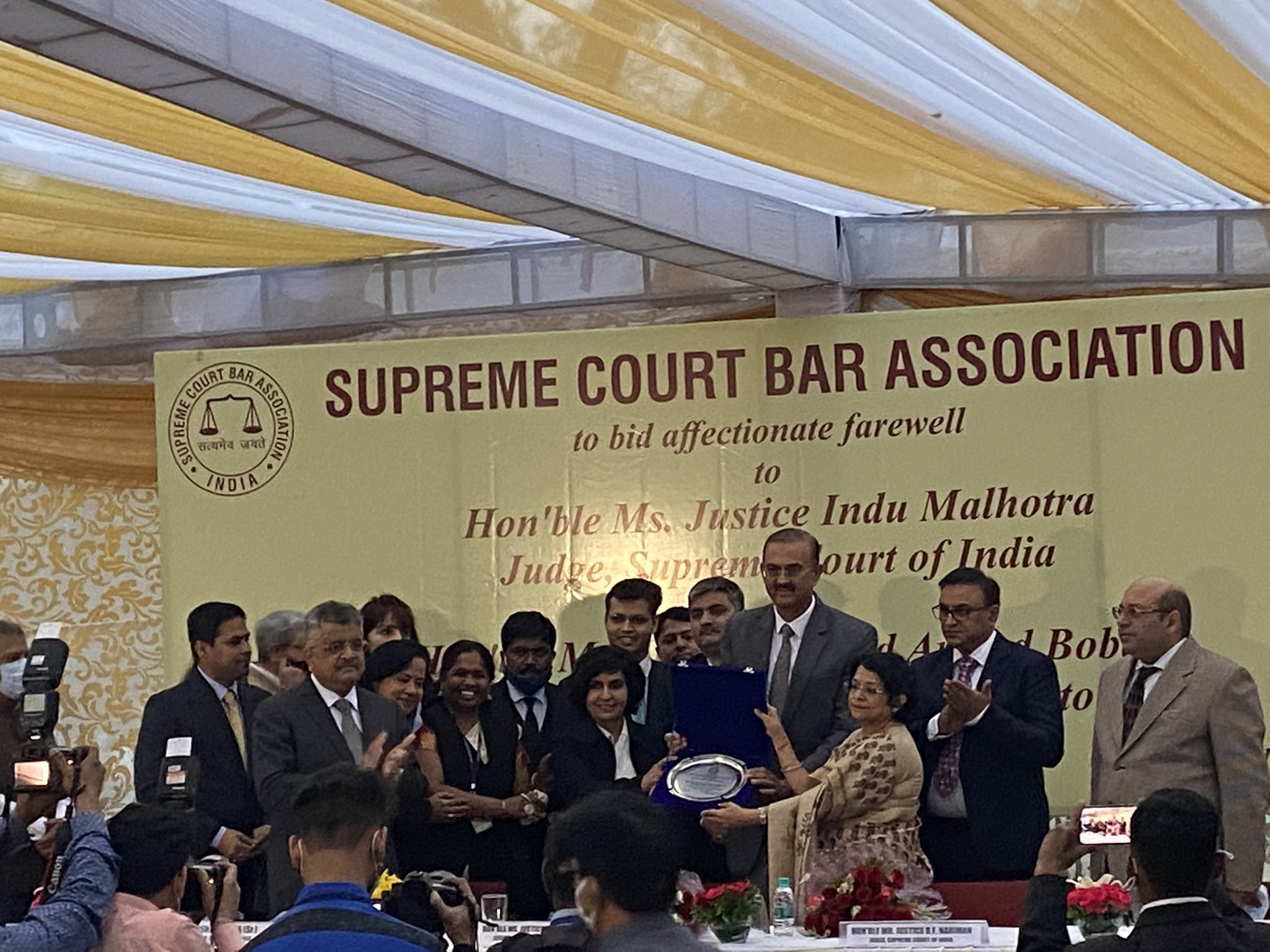 Justice RF Nariman, speaking at the event, recalled that he had memorable experiences interacting with Justice Malhotra as a counsel, senior counsel and as a judge.

"She is a master of arbitration laws along with other laws, and her book is an absolute delight", Justice Nariman said.

'All Direct Appointees To SC Have Had A Very Interesting Career' : Justice Nariman During Justice Indu Malhotra's Farewell

Solicitor General of India Tushar Mehta said during the function that he has seen Justice Malhotra as "an energetic lawyer, a brilliant judge, a graceful lady and a great human being".

"She knew how to be firm without being rude. She knew her law, but that weight never reflected in her behaviour or her face. It is a rare quality", the SG said.

"She didn't just walk through traded path, she contributed in evolution of law, and that is what matters. Her not so long Judicial career will have a long impact on the Judiciary, including but not only lawyers", the SG added.

Senior Advocate Vikas Singh, President of the Supreme Court Bar Association, mentioned that as a lawyer, Justice Malhotra assisted the Court as an amicus curiae in the case in which 'Good Samaritan' guidelines to help road accident victims were laid down.

Singh also opined that there was a need to increase the retirement age of the judges.

"It is high time we increase age of retirement of Judges, 65 is hardly an age to retire. They are at their peak both physically and mentally. I will beseech the Govt through SG present here so we don't lose the Judges so early", he said.

Appointed as a Supreme Court Judge on April 27, 2018, Justice Malhotra also holds the distinction of being the second woman to ever be designated a Senior Advocate by the Supreme Court.