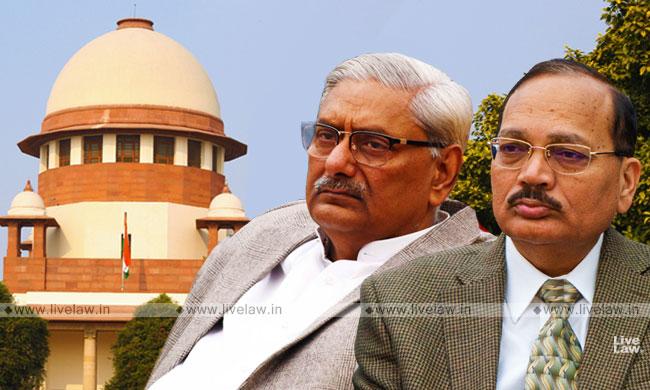 x
"Allowing such invaluable community resources to be taken over by a few is grossly illegal."

The Supreme Court has held that it is not permissible for the State to alienate common water bodies for industrial activities, under the guise of providing alternatives.

The bench of Justice Arun Mishra and Justice Surya Kant was considering an appeal filed by Jitendra Singh against an order of National Green Tribunal which had dismissed summarily his petition raising grievance against allotment of local ponds to private industrialists, on the basis of an affidavit filed by Greater Noida Industrial Development Authority claiming that it was developing bigger alternative water-bodies.

The Court, while considering the appeal noted that, the State of Uttar Pradesh had, in 2003, issued a Government order in which it permitted destruction of existing ponds and allotment of filled-up land to third-parties in certain extraordinary circumstances, with the stipulation that 25% larger alternate water-bodies be developed elsewhere. It said that this scheme of allowing destruction of existing water bodies and providing for replacements, exhibits a mechanical application of environmental protection. The bench said:

Although it might be possible to superficially replicate a waterbody elsewhere, however, there is no guarantee that the adverse effect of destroying the earlier one would be offset. Destroying the lake at Khasra Nos. 552 and 490, for example, would kill the vegetation around it and would prevent seepage of groundwater which would affect the already low water¬table in the area. The people living around the lake would be compelled to travel all the way to the alternative site, in this case allegedly almost 3 kms away. Many animals and marine organisms present in the earlier site would perish, and wouldn't resuscitate by merely filling a hole with water elsewhere. Further, the soil quality and other factors at the alternate site might not be conducive to growth of the same flora, and the local environment would be altered permanently. The respondents' reduction of the complex and cascading effects of extinguishing natural water-bodies into mere numbers and their attempt to justify the same through replacement by geographically larger artificial water bodies, fails to capture the spirit of the Constitutional scheme and is, therefore, impermissible.

The bench observed that it was held in Jagpal Singh v. State of Punjab that since time immemorial, certain common lands had vested in village communities for collective benefit and that except in exceptional circumstances when used exclusively for the downtrodden, these lands were inalienable. In the instant case, the bench noted that, Clause 5 of the carves an exception of "huge projects/works" (albeit extraordinary circumstances). It observed:

It is clear that such ground of exception doesn't fall under the limited class of grants to "landless labourers or members of the Scheduled Castes/Scheduled Tribes, or where there is already a school, dispensary or other public utility on the land". Such industrial activities without any rationale classification, unlike the narrow class exempted, do not serve a social public purpose or benefit the local people, and thus will be hit by the inalienability bar

All persons have a right to a healthy environment

The court further observed that it is the responsibility of the state to ensure the protection and integrity of the environment, especially one which is a source for livelihood for rural population and life for local flaura and fauna. It added:

Even otherwise, the action of the respondent-authorities contravenes their Constitutional obligations. Article 48¬A of the Constitution casts a duty on the State to "endeavour to protect and improve the environment and to safeguard the forests and wild life of the country", and Article 51-A(g) expects every citizen to perform his fundamental duty to "protect and improve the natural environment". A perusal of our Constitutional scheme and judicial development of environmental law further shows that all persons have a right to a healthy environment. It would be gainsaid that the State is nothing but a collective embodiment of citizens, and hence collective duties of citizens can constructively be imposed on the State.

Protection of such village¬commons is essential to safeguard the fundamental right guaranteed by Article 21 of our Constitution. These common areas are the lifeline of village communities, and often sustain various chores and provide resources necessary for life. Waterbodies, specifically, are an important source of fishery and much needed potable water. Many areas of this country perennially face a water crisis and access to drinking water is woefully inadequate for most Indians. Allowing such invaluable community resources to be taken over by a few is hence grossly illegal.