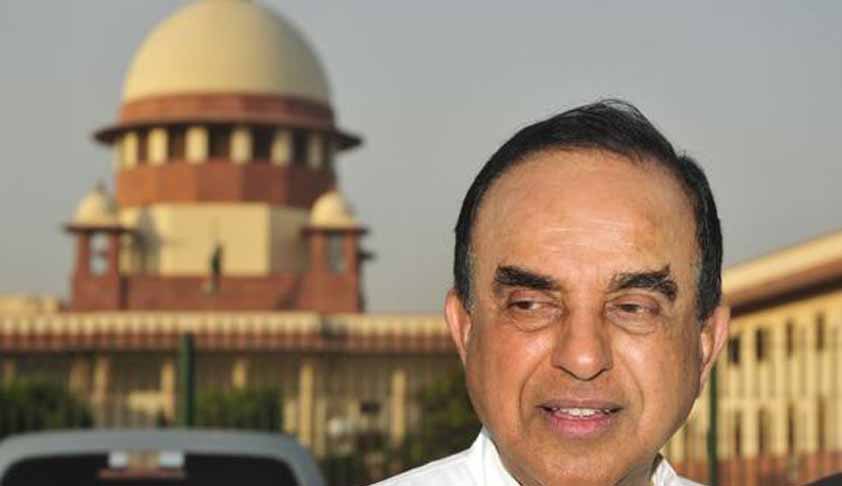 The Supreme Court on Friday issued notice on a PIL filed by BJP leader Subramanian Swamy challenging the Constitutional validity of the Places of Worship (Special Provisions) Act 1991.A Bench comprising of CJI SA Bobde and Justice AS Bopanna issued notice and tagged the matter with Ashwini Upadhyay's plea seeking similar relief."That the Act of 1991is unconstitutional is also void ab initio...

The Supreme Court on Friday issued notice on a PIL filed by BJP leader Subramanian Swamy challenging the Constitutional validity of the Places of Worship (Special Provisions) Act 1991.

"That the Act of 1991is unconstitutional is also void ab initio and against the basic structure of the Constitution of India. The reason for this unconstitutionality is that it bars any person to approach the Supreme Court under Article 32 on enforcement of his/her fundamental right(s)".

Swamy in his plea alleged that the Places of Worship Act is a barrier, depriving the Petitioner(s) the right to pray at a place where, due to foreign oppression and invasion a Hindu Temple of a certain significance according to faith and belief of Hindus was/is converted, inviting this Court to interpret in lieu of the well documented history and review in checking the constitutional validity of such Act.

"The Act bars the Right(s) of the Petitioner(s), devout Hindus apart from filing a suit or any other proceedings before any Court; to pray to the one of the twelve Jyotirlingas, standing on the western bank of the Holy River Ganga, which is one of the most divine and holiest Hindu Temples dedicated to Lord Shiva known as Kashi Vishwanath Temple and any/all such temples where due to foreign aggression conversion transpired. That the Act of 1991 further restricts and denies access to place of religious worship further resulting in violation of the Petitioner(s) Fundamental right and faith which is inherent in the Preamble and basic structure the Constitution of India".

The plea by Upadhyay challenges Sections 2, 3 and 4 of the Act stating the same take away rights of Hindus, Jains, Buddhists, and Sikhs to reclaim their places of worship through Courts.

The plea submits that the impugned provisions create an arbitrary, irrational retrospective cut-off date and legalize the illegal acts of invaders who encroached upon religious institutions back in the day.

It is thus alleged that the provisions violate the basic principle of Secularism and are contrary to the State's duty to protect historic places under Article 49 and to preserve religious cultural heritage under Article 51A of the Constitution.

Other grounds taken by the Petitioner are listed below:

Article 13(2) prohibits the State to make law to take away the rights conferred under Part-III but the impugned Act takes away the rights of Hindus Jains Buddhist Sikhs to restore their 'places of worship and pilgrimages', destroyed by barbaric invaders.

Right to justice, right to judicial remedy, right to dignity are integral part of Article 21 but impugned Act brazenly offends them.

Centre neither can take away the power of Civil Courts to entertain the suit for restoration nor can take the power of High Courts and Supreme Court conferred under Article 226 and 32.