AMWAY v. AMAZON- Delhi HC's Observations On Merits Of The Contentions Should Not Affect The Pending Trial: Supreme Court 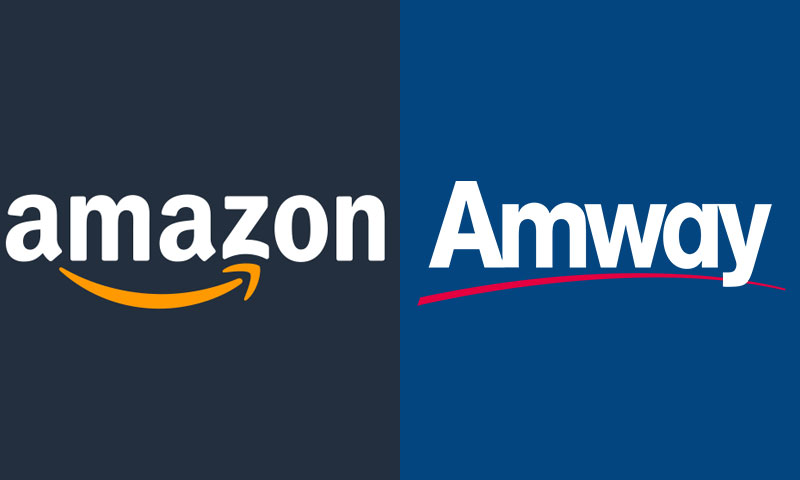 In connection with the Amazon v. Amway direct selling case, the Supreme Court on Tuesday directed that while both the division and single benches of the Delhi High Court had made observations on merits of the contentions, this should not affect the pending trial."We direct that trial proceedings may not be affected by any of the observations made. We have not expressed any observations on...

In connection with the Amazon v. Amway direct selling case, the Supreme Court on Tuesday directed that while both the division and single benches of the Delhi High Court had made observations on merits of the contentions, this should not affect the pending trial.

"We direct that trial proceedings may not be affected by any of the observations made. We have not expressed any observations on the merits of the case," said the Court.

The bench of Justices D. Y. Chandrachud, Surya Kant and Vikram Nath was hearing an SLP against a January, 2020 decision of a division bench of the Delhi High Court holding that products of 'Direct Selling Entities' such as Amway, Oriflamme, etc. may be offered for sale on e-commerce platforms, as the Direct Selling Guidelines are merely advisory in nature. In doing so, the division bench of Justice S. Muralidhar and Justice Talwant Singh have overruled the judgment rendered by a single-Judge of the high court in July, 2019, whereby Amazon (originally respondent) was injuncted from selling the goods of Amway (originally Plaintiff), in terms of the Model Framework for Guidelines on Direct Selling (DSGs), dated October 26, 2016 issued by the Department of Consumer Affairs.

"The SLP arises from the order of a division bench of the Delhi High Court of January, 2020 by which an order of single judge dealing with interim relief has been set aside. The SLP was instituted in this court after a year, in January, 2021. Since the SLP arises from an interlocutory order, there is evidently no grave urgency to get into merits of the orders passed by the single and division benches", the Court recorded on Tuesday in disposing off the SLP.

The Delhi High Court division bench held that the impugned judgment was passed without considering whether the grant of injunction would have an adverse impact on online marketing.

"What was not considered is whether the requirement of online marketing entities to seek prior consent of the DSEs would not deprive the consumer of exercising the choice to buy such products on online platforms, while ensuring free flow of trade," the court said.

The division bench, while setting aside the impugned judgment, observed that the single-Judge of the high court had held that DSGs were binding in nature since they do not impinge on any fundamental rights of either the sellers or the platforms. However, the division bench has clarified that DSGs are not law and thus, are not enforceable.

"Merely because the DSGs are notified in the Gazette, they do not attain the status of "law" within the meaning of Article 13 of the Constitution. The source of the power to frame such guidelines is traceable only to the CPA. With the CPA, 2019 itself not having been notified, these draft guidelines could not have attained the character of ―binding Rules under the CPA, 2019, or for that matter, even under the CPA, 1986," it held.

The High Court further held that once the title to a product passes through sale, no further condition can be imposed on the buyer to restrict "post-sale alienation".

"Once the title passes to the ABO, no condition could be further imposed upon the buyer. Clause 7 (6) of the DSGs imposes one such condition on the buyer that the buyer cannot resell the product online. With such a condition not being an enforceable law vis-a-vis the third party, even if it were to be considered binding as such, by means of the contract between Amway and the ABO, Amway can at best seek to proceed against the ABO for breach of such condition. This is because there is no privity of contract between Amway, or for that matter between Oriflame and Modicare, with the online platforms," the court explained.

In fact, the high court held, "by permitting private entities like Amway to restrict downstream distribution of genuine goods, by enforcing contractual stipulations against third parties, the judgment of the learned Single Judge recognizes a monopoly that can be exercised in perpetuity. There is also force in the contention that this runs contrary to the legal position explained in Kapil Wadhwa v. Samsung Electronics (supra)."

Notably, the single-Judge had also found Amazon to be guilty of infringing Amway's trademarks and of diluting it and passing off as their own, thus misrepresenting their association with Amway.

Making an observation to the contrary, the division bench said that the Amway had not asserted or even mentioned anything about trademark registration in its plaint. It said,

"There was no occasion for the Plaintiffs to assert ownership of such trademarks. In fact, there is no such pleading to that effect at all. How the learned Single Judge could have come to such a conclusion and, that too, in a categorical manner, in the absence of any pleadings, is a mystery."

if a trademark was registered, subject to any conditions of limitations, the use of that trademark in relation to the goods to be sold or traded in any place and in relation to the goods to be exported to any market, would not constitute an infringement. It was held that once the goods have been lawfully acquired, if they are put into market and further sold, there would be no infringement of the trademark irrespective of the fact that whether such a market is an international market or a domestic market

Another issue raised before the bench was 'whether e-commerce platforms are "intermediaries" and are entitled to protection under the 'safe harbour' provided in Section 79 of the IT Act and the Intermediary Guidelines of 2011?'.

Section 79 is a safe harbour provision which grants immunity to intermediaries from liability for third party acts, provided their function is limited to providing access to a communication system and they do not initiate the transmission, select the receiver of the transmission, or modify the information contained in the transmission.

The single-Judge had concluded that the e-commerce platforms could not avail exemption under this provision as they were not merely passive players but in fact were massive facilitators‖ inasmuch as they were providing warehousing, logistical support, packaging, delivery services, payment services, collection gateways etc.

The division bench held that single Judge had "misinterpreted" Section 79 of the IT Act in concluding that is restricted to passive intermediaries.

"In terms of Section 79 of the IT Act, there does not appear to be any FAO(OS) 133/2019 & connected matters Page 62 of 69 distinction between passive and active intermediaries so far as the availability of the safe harbour provisions are concerned. In terms of Section 79, an intermediary shall not be liable for any third-party information, data or communication link made available or posted by it, as long as it complies with Sections 79 (2) or (3) of the IT Act," the bench said.

It reiterated the law laid down by the top court in Shreya Singhal v. Union of India, (2015) 5 SCC 1, that Online platforms' obligation to remove content arises only if there is a court order or a notification from a government agency on the grounds mentioned in Article 19(2). The allegation from direct selling entities without the support of court order will not trigger the takedown obligation.

The court further held that the provision of "value-added" services provided by Amazon does not dilute the safe harbor. This is consistent with the 'intermediary' definition under the IT Act and with the Press Note 2 of 2018 that permits entities following the marketplace-based model of e-commerce to provide such value-added services.

The division bench also put to rest the Single Judge's finding that continued sale of Amway's products on the e-commerce platforms, without its consent results in inducement of breach of contract, and tortious interference with contractual relationships of Amway with their distributors.

In this regard it held,

"In the first place, the tort of inducement to breach of contract necessitates that there be a contract in the first place between the online platforms and the DSEs. The mere fact that the online platforms may have knowledge of the Code of Ethics of the DSEs, and the contractual stipulation imposed by such DSEs on their distributors, is insufficient to lay a claim of tortious interference."

"In any event, on the facts of the present case, whether in fact any of the online platforms induced a breach of contract between the DSE and its ABOs/sellers is at best a matter of evidence, and not of inference."

The Court lastly declined Amway's argument that Amazon had indulged in sale of tampered, damaged and in-genuine sale of Amway products and held that there was no material at the prima facie stage to conclude as such. These findings must await a trial, the bench remarked while imposing a cost of Rs. 50,000/- on all the Respondents.